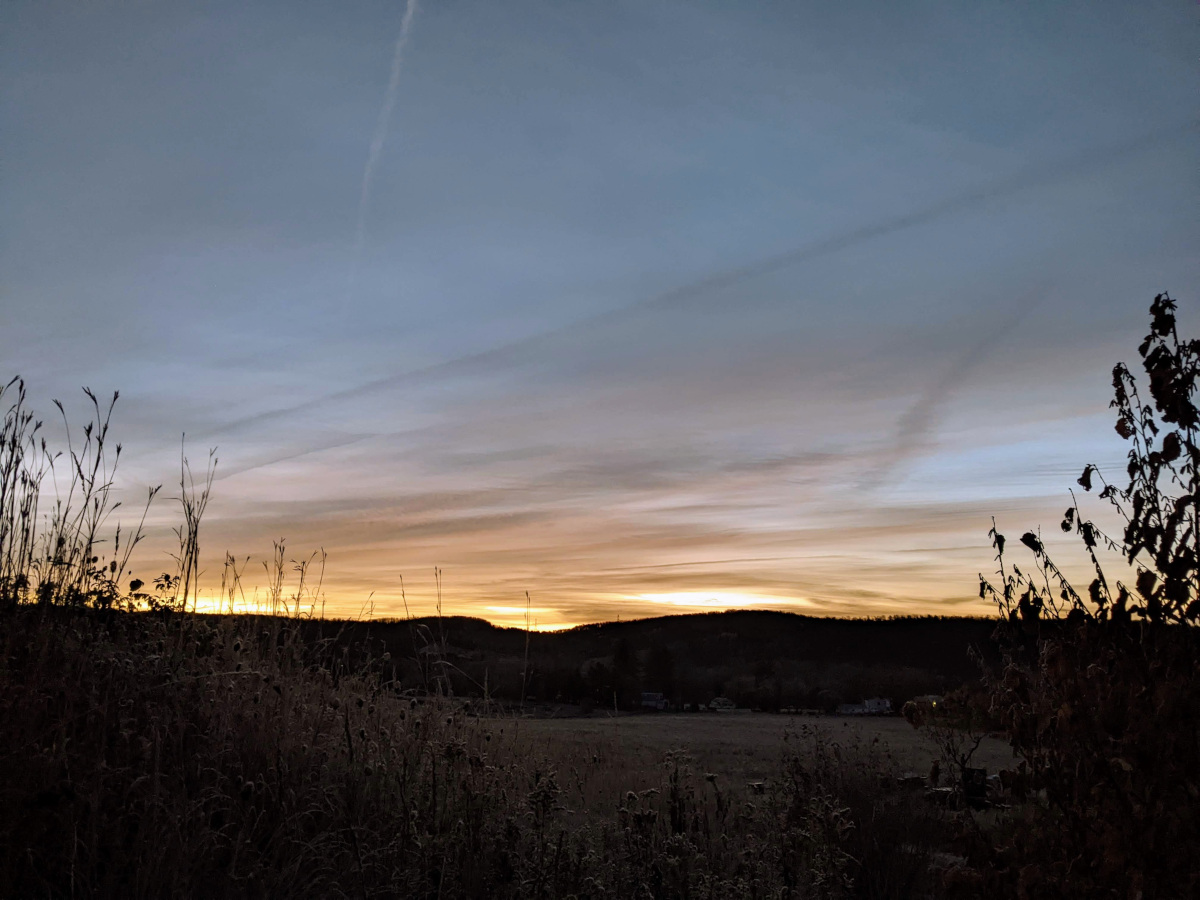 I am at heart a localist, particularly when it comes to food. Problems like dismal animal welfare standards, exploited farm workers, and certain environmental impacts are made much more tolerable by being kept out of sight; we get cheap food without having to look squarely at the true costs. I also believe in an affirmative case for local food. A connection to where food comes from and the agricultural landscape that provides it allows for a deep connection with the material world, one that is painfully absent from much of modern life.

But I also consider myself a realist, and quite a cautious one at that. As I’ve written before, it is pretty miraculous that the modern food system does feed everyone as well as it does, and so we should be very careful in our efforts to reform it. I wish everything was more local, but I don’t know how to shift in the direction of more local production, or even how local farming might realistically be, given, for example, the population density of the east coast.

So I was interested to come across a paper describing the land base required to feed various regions, though I admit I was also pretty skeptical going in. Figuring out how locally a palace could theoretically sources its food is very complex problem, matching soil quality to crop yield and then attempting to connect production geographically with a population center, and this paper is trying to do it for the entire United States. But my reading of it assuaged at least some of my concerns. The model used in this paper, as it is described, does account for most of the major factors that should be there, though I am not qualified to judge it on a technical level.

The first person I saw sharing study was highlight the map below and implying it showed that a radically local food system was feasible, so I’ll start there.

It’s a little confusing, but what the map actually shows is the distance needed in even a system optimized for local production to provide individual counties with a particular class of agricultural product, in this case the grains and beans grown on annual cropland. Dark red areas, such as New York City and Los Angles, would have rely on food imported from, on average, greater than 1000 kilometers away to meet current demand, with lighter orange and yellow counties having a smaller footprint.

This is perhaps more confusing that drawing a circle to show the “foodshed” for a city, but it makes sense when you consider that Boston, New York, Philadelphia, Washington, and all of their suburbs, would be drawing on an overlapping land base. To understand this map and others like it, you must realize that the color of a given area tells you how big that area’s foodshed would be, but the size of the foodshed itself is not portrayed.

The study does not show that a radically local food system is within our grasp, but its nevertheless quite interesting, as much for the authors’ approach as their findings. The paper looks at seven different diets, ranging from status quo to vegan, with gradients in between, then charts them against local availability in three categories: annual cropland (corn, beans, wheat, and so on), perennial cropland (fruit and nuts), and grazing land (beef).

Imagining a radically different diet than is the current norm could go thousands of different directions, and I understand that even seven is probably a lot to manage in a complex model, but this approach comes with quite a lot of assumptions. The first and most inexplicable is the decision to reduce the total calories in the theoretical diets by 600 calories from the current baseline. To be clear, people eating the standard American diet currently average 2844 calories per day, but in the alternative scenarios posited in the paper this has been reduced to 2153 calories per day with no good explanation for what would cause such a shift.

It also closely links meat consumption to beef consumption, when the long term trend in America has been decreasing beef consumption in favor of increased chicken. What would a map look like in which this continues? There’s no reason New York state couldn’t produce virtually unlimited pork and chicken, with the caveat that doing so would require importing massive amounts of grain from the midwest. What would a map look like that projected existing trends forward, alongside the more unlikely scenarios?

Of the model diets, the most local food system, on the whole, is vegan. I don’t doubt that this is true in a technical sense, meaning if people were willing to eat soy, corn, other legumes, and only seasonal veggies and fruit, with canola oil for cooking, then yes, it would be possible to feed a large population on relatively little land, and to do so quite locally. But convincing anyone, let alone everyone to avoid all animal products without access to olive oil, avocado, palm, coconut, year-round fruit and vegetables, chocolate and a million other things that taste way, way better the soy patties sautéed in canola oil strikes me as even more implausible than convincing everyone to spontaneously reduce calorie intake.

There are some other points having to do with my old friend land use and questions about how food waste is accounted for that I wonder about, but those are minor. After spending several hours with this paper I remain unsure quite what to make of it. I like the idea of trying to understand what is feasible on the macro level, and I think it’s likely that out of both choice and necessity farming will change significantly in the coming decades. But the intersection of dietary choices and the agricultural system is so complex that beyond the basic point that collectively eating more of one class of food will increase the amount of land devoted to producing it I don’t see too much of practical use in this paper.