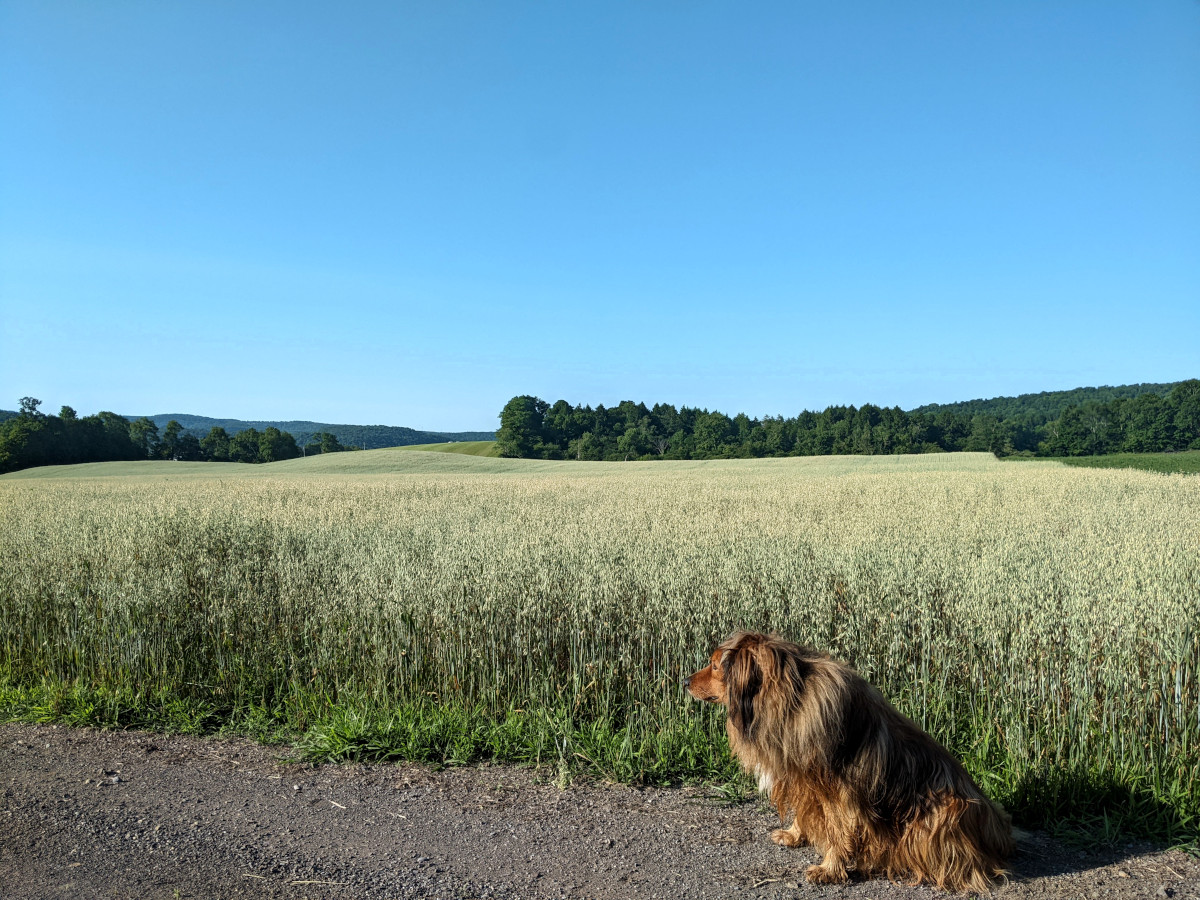 The spookiest thing about werewolves (aside, perhaps, from being giant, bloodthirsty man-beasts) is their double nature; the werewolf that comes prowling around your door one night might return to it in the morning as Bill the mailman. Depending on the particular folklore involved, Bill himself might not know it. The same guy who keeps the town running smoothly by day terrorizes it by night.

Modern agriculture is a werewolf. Since the mid 20th century the industrial food system has performed a miracle, drastically reducing frequency and severity of famine even as global population has grown dramatically. Given that the purpose of a food system is to keep people from starving, this is a good argument that we are currently living in the very best of times. The other face of farming is so obvious I hardly need to detail it: water and air pollution, the replacement of biodiverse environments with grain monocultures, animal suffering on an vast scale, the forced displacement of traditional cultures, and so on. This might be a damning list of negatives if largely preventing mass starvation wasn’t one of the great achievements in human history.

In the stories werewolves are killed by silver bullets, so it shouldn’t be a surprise that many proposed solutions to the problems of farming are laughably simplistic. Lab grown meat will eliminate animal agriculture! Better grazing can reverse climate change! Corn yields will go up forever! A regenerative certification program will magically restore millions of acres of degraded soils! Genomic research will lead to radically more efficient livestock! I think there’s a kernel of truth in all of these (other than the lab grown meat one) but implementing any of them in a way that actually improves things will require deliberation and honesty.

Acknowledging the truth in two opposing views doesn’t come naturally to many of us. I’m no exception. I find it far easier to spot the problems in arguments made by apologists for industrial agriculture than those made by  advocates for a more holistic approach to farming. No, that’s not quite right. I work very hard to apply the same standards of evidence to both, and while I’m sure I still have a bias towards messages I like, I think I’m pretty fair. It would be more accurate to say I find it far more comfortable to spot the problems in arguments that don’t support my default view. But I still try to do it.

Let me take one example. It is true that farmland, both land used to produce crops and land used to graze livestock, has immense potential to store carbon. So why not incentivize farmers to do this? There are a bunch of reasons: I’m skeptical of our ability to accurately measure soil carbon on a field by field basis, I suspect any carbon payment program will inevitably be tailored to transfer money to the giant operations that already get the bulk of farm subsidies, and I can see perverse incentives, like degrading land as much as possible before enrolling it in such a program to show the largest possible improvement.

But there’s a simpler reason, which is that soil carbon is inherently unstable. So long as an area is a forest, a healthy grassland, or even very well managed farmland, over the long term it will maintain a static level of carbon, or even improve in some cases. However, once the management changes – once the forest is cut down, the grassland is overgrazed or plowed under, the farmland is managed more poorly – all that stored carbon rapidly reenters the atmosphere. In other words, paying farmers and other land managers to store carbon for a year or a decade or even a few decades is not really any sort of solution to a problem that takes centuries to unfold. This is so basic an issue I’ve summarized it in a paragraph, yet in all my reading I have never seen it addressed in any substantial way.

This leaves me with two ideas in my head. First, that there are a lot of reasons to improve soil quality, from productivity to water cleanliness to reduced fertilizer needs. Second, while this may, as a salutary side effect, offer some short term help in offsetting carbon emissions, pretending an increase in organic matter in a Nebraska corn field can magically negate the carbon produced by a transatlantic flight is delusional. I believe we should focus soil health as a matter of policy, but I have no idea what this means in any sort of detailed form. This may sound defeatist, but it doesn’t have to be. In fact, even though I’m in less sure about how to improve the agricultural system broadly than I ever have been before, I’m also more fascinated by the question.

It seems to me that the only conversations worth having, the only ones that might begin to nudge agriculture in a better direction, have to take place in the awkward area where farmers like me admit that we don’t have a viable plan to replace the current food system wholesale, while advocates of the status quo acknowledge that an endless cycle of corn, beans, spraying, and fertilizing cannot, in fact, be endless.

I should probably wrap this up by returning to my initial metaphor. I’ve written my way out of any tidy way to do that, so I’m going to take it in a slightly different direction. I like the idea that werewolves are in part an expression of our sublimated collective anxiety about dogs. After all, dogs are just a type of wolves we’ve invited into our homes, and no domestication can ever be complete. Even my dog Oban, who is a helpful, goofy furball, turns into something legitimately frightening in the instant it takes him to flash his teeth and slaughter a ground hog. But he is still something that improves my life immensely.

Turning agriculture from something that is both so fundamental to keeping civilization afloat and so utterly implicated in suffering and degradation into something we can know and live with, even if we can never entirely tame it, looks to me like the best path forward. Right now it’s a werewolf, but it could be a dog. And everyone loves dogs.