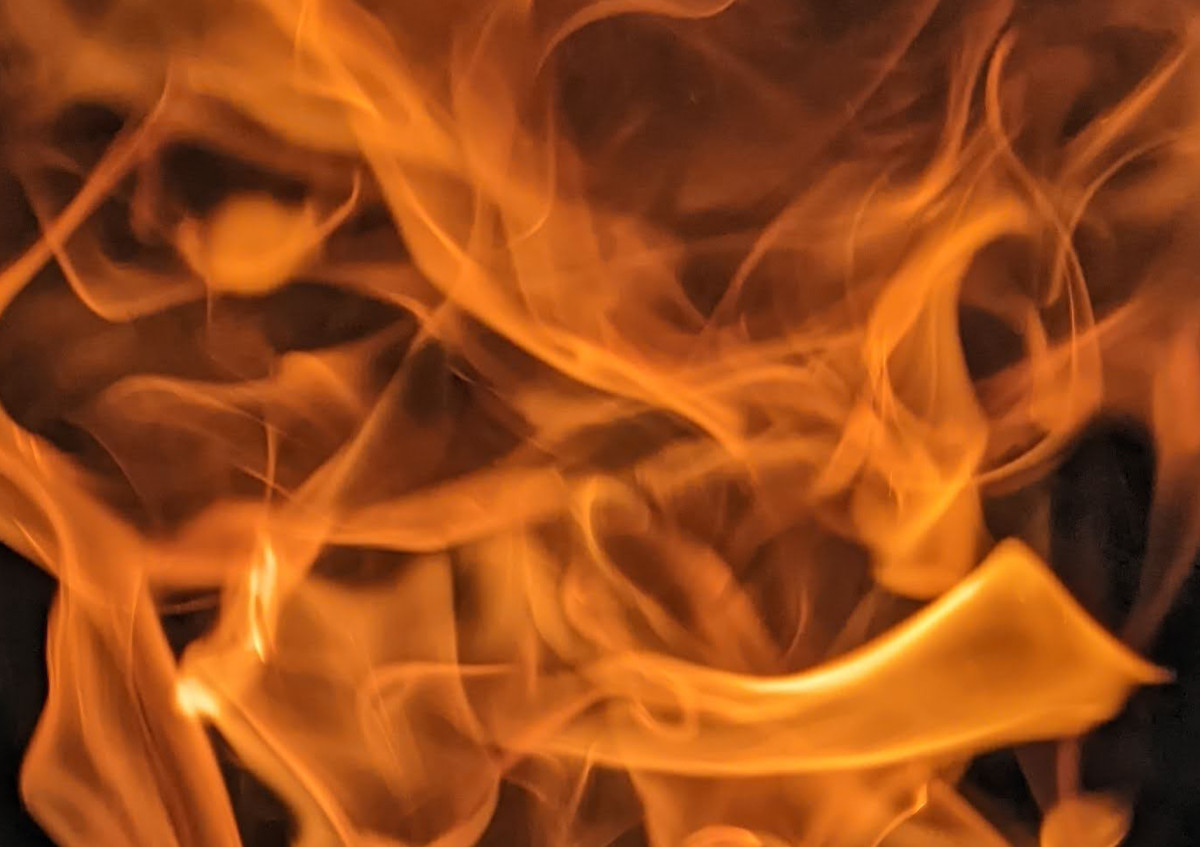 Why hay lights itself on fire

As a kid I was enthralled by and terrified of spontaneous human combustion. The thought that I might be walking out the door for recess one minute and reduced to a smoldering corpse the next took vivid hold of my eight-year-old imagination. Looking back, I think the most terrifying aspect of the idea was the sheer randomness, an extreme physical phenomenon with no apparent cause. Unlike getting struck by lightning or getting swallowed by an earthquake, spontaneous combustion just happens. It’s right there in the name, ‘spontaneous’ being the opposite of ‘predetermined.’

Of course, random humans aren’t actually going off like firecrackers all over the place. The historic prevalence of lamps and candles, which would sometimes come into contact with extremely flammable clothing, likely explains many cases ascribed to spontaneous human combustion. But I believe its continued persistence as an idea is mostly because of the visceral strangeness that so terrified me as a child. The prospect of a miracle, even an infernal one, is entrancing.

While you probably haven’t seen someone burst into flame beside you while taking a stroll though a park on a breezy summer afternoon, if you know many farmers there’s a good chance you’ve heard stories of haystacks bursting into flame without any loose wire or gasoline spill in the vicinity, taking barns and houses and sometimes livestock with them. Just this week a barn half an hour north of me burned to the ground, killing eighteen cows. The cause was a spontaneous hay fire.

Of course, even here ‘spontaneous’ is something of a misnomer. There are certain conditions that must be met for hay to self-immolate, and these have been known to farmers for centuries. The hay must be somewhat wet; fully dry hay will not combust. The hay must also be stacked into a large pile; no matter the conditions, a single small bale of hay will never light on fire. It takes time; a haystack never burns the day it’s put up. Several days, and more commonly at least a couple weeks, must pass before it ignites.

Since becoming aware of this phenomenon I’ve thought its explanation intuitively obvious. Fermentation generates heat and hay is a great insulator, especially in large quantities. In the presence of sufficient moisture bacteria will get going, the heat they make will be unable to dissipate, and eventually it will build up enough to catch fire. This goes to show why I should not place too much trust in my intuitions, especially when I know just enough science to make them seem plausible. (Fermentation leads to heat, insulation retains that heat, fire results. It makes so much sense!)

It was only with the most recent local fire that I recognized the gaping hole in my logic. If you’ve made yogurt or beer no doubt you spotted it immediately. All fermented foods rely on beneficial bacteria, and each strain has an ideal temperature range. Beer usually likes to be in the 60s. Yogurt likes to be warmer. The bacteria that produce some cheeses thrive at temperature well over 100 Fahrenheit. Presumably, there are even hardier strains out there in the wild.

But almost none can survive boiling, and if any are active – that is, living, digesting, reproducing, and generally doing the microbial things that would generate more heat – at those temperatures I’d bet they’re found near thermal vents on the ocean floor, not in the middle of random haystacks in central New York. Meanwhile, even a crumpled ball of newspaper won’t burst into flames until it gets to about 450 degrees.

In other words, bacterial growth in a haystack would be self-limiting. Yes, it could raise the temperatures significantly, but doing so would make the environment less hospitable, which would then lead to a decrease in the number of bacteria and reduced heat generation. If you monitored the temperature inside a haystack, you might expect it to increase slowly at first, then start building rapidly towards an optimum temperature, say 150 or so, and then decline as it got less and less hospitable for even the most heat loving microbe. But if you look at the warnings about hay fires issued by university extensions, they all emphasize that the rate of temperature increase speeds up as temperatures get higher, the exact opposite of what you’d expect if bacteria were responsible.

The bulletin linked above does helpfully mention that at when a “stack’s internal temperature rises above 130-175 degrees Fahrenheit, an exothermic chemical reaction can start and cause the temperature to rise still further, even to the point of ignition at 448-527 degrees, causing combustion.” So that confirms that it’s not just bacteria doing their thing, but it doesn’t really explain much. Hay seems pretty darn inert, so why should it suddenly start behaving like nitroglycerin? But no matter where I looked, I kept finding references to chemical reactions without even a cursory explanation of their nature.

That is, until I stumbled across this fascinating paper from 1929 by Charles Browne promisingly titled “The Spontaneous Combustion of Hay.” It’s an interesting read as a historical artifact, but it’s also the only source I’ve found that actually attempts to explain in an detail how a hay stack can light itself on fire. First it lays out the problem (spontaneous hay fires doing about twenty million 1929 dollars of annual damage) and then reviews the prior theories and experimentation that sought to explain the phenomenon.

Finally, about twenty pages in, it gets down to business. I won’t go through all the arguments leading up to it, but the author’s final theory goes like this: in a somewhat wet hay stack, bacterial communities will form. Their digestive processes raise the temperature, but they also generate byproducts, including extremely volatile compounds. In a small or very loose haystack these simply dissipate as quickly as they are formed. But in a larger stack they instead accumulate.

Hay saturated with sufficient quantities of these volatile compounds behaves just like a pile of rags soaked in linseed oil, the chemistry of which is well understood. (Check out this article if you want the nitty gritty on the specific chemical reactions involved.) Just as the bacteria start dying off due to heat, a self-reinforcing oxidative reaction begins, and it is this that rapidly raises the temperature from the mid hundreds to the point of ignition.

Due to technical limitations, the 1929 article remains somewhat speculative. The most immediate problem is Browne’s acknowledged inability to isolate the proposed volatile compounds, though he does point out the similarity of the temperature profile of spontaneously combusting hay and oil soaked cotton, as well as observations about the characteristics of hay that is on the point of burning that bolster his theory. Interestingly, I’ve found nothing online to either elaborate on or complicate this view. Wikipedia seems to agree with it, but the citation points to a book that is not available in digital form, and is itself nearly forty years old.

I find topics like this fascinating. Unlike something so fundamentally uncertain as dietary science, there clearly is an answer here, one that could most likely be understood in rigorous detail. Perhaps it even is understood in rigorous detail by someone, somewhere, hidden beyond the range of my google sleuthing. If you know of a paper that identifies the specific bacteria that colonize a haystack, what particular chemical the generate, and the exact reaction that follows, please send it my way.