Skip to content
Home » Is Eating Fish as Healthy as Not Smoking? 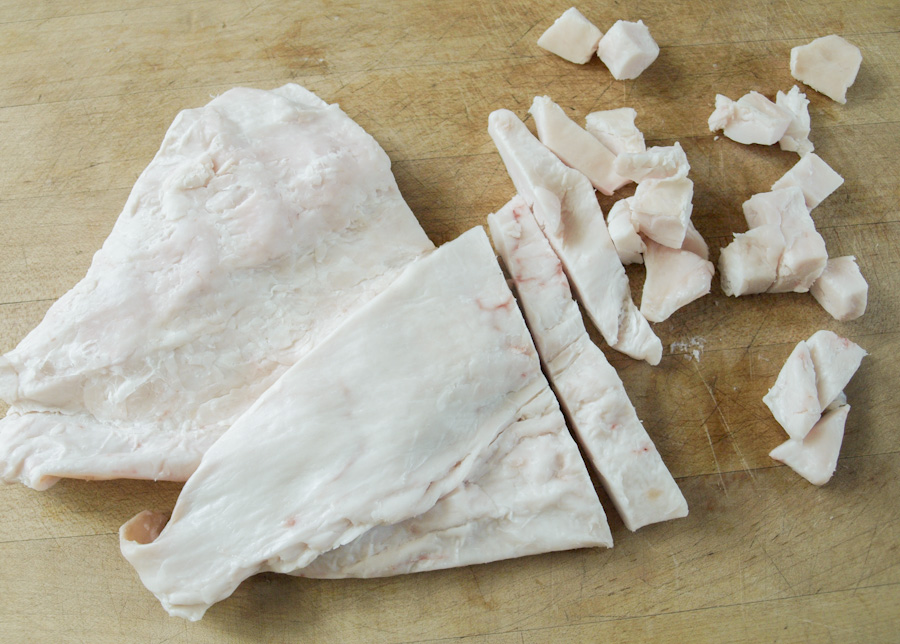 Is Eating Fish as Healthy as Not Smoking?

The second of these, at least, should get your attention. The claim that not eating oily fish regularly is worse for your health than smoking cigarettes is extraordinary. Even if you think, as I do, that there is good evidence that omega-3s are quite healthy, the idea that their presence or absence is as impactful on health as smoking should give you pause, a pause during which you should be looking for a link to the actual study.

But after doing just that I would take issue with the SciTech Daily headline as well. While it’s better in that it references omega-3 levels in the blood rather than involving sardines, it still speaks in terms of causation: the higher levels of omega-3 are the reason for the increased life expectancy. Better would have been to say that higher levels of omega-3 are associated with or correlate with lower all-cause mortality. This might strike you as semantic, but I assure you it’s not. I’ll explain why as succinctly as I can.

The Limits of This Sort of Study

The study followed 2240 people in their mid 60s for eleven years and examined how higher levels of omega-3s and other fatty acids in the blood related to mortality. It discovered quite a strong relationship. People with elevated levels of omega-3s were much less likely to die than those with more moderate or low levels.

The problem, as you may have guessed, is correlation versus causation. The study took a collection of data points - levels of fatty acids in the blood - and compared it to mortality. The fact that statistical analysis found a strong connection between the two is certainly interesting, but it does not prove that the level of fatty acids in the blood caused the reduction in mortality.

I’ll offer one quick example. If you look at growing children, their increasing height will, on average, track nicely with their increasing weight. But they are not heavier because they are taller. Rather, the complex processes that cause people to grow as they travel through childhood are leading to both increased height and weight.

In this case it could be that people with higher levels of omega-3s were more likely to exercise or engage in some other beneficial behavior. It could simply be that more affluent people with better healthcare access were more likely to take an omega-3 supplement or eat fatty fish. I won’t belabor the point, but I hope you can see that there could easily be another cause for both observations, that higher levels of omega-3s could be present without being the reason for a reduced risk of death.

At First This Proves Me Right

But that wasn’t my initial thought. When I first saw the headline, I admit to feeling vaguely satisfied. My brain raced through a sequence something like this: omega-3s are healthy! Grass fed beef has higher levels of them than grain fed beef! I raise grass fed beef! Therefore, the beef I raise is healthy! Maybe I didn’t articulate it to myself in quite those words, but that was the basic idea. This study, I felt, likely confirmed that I was even more right about something I was already remarkably right about.

I might have drifted on into the rest of my day with a vague sense of superiority had it not been for that explicit comparison to smoking. (And I’m sorry to report that it’s not an invention of The Daily Mail. It appears throughout the paper itself!) The idea that I could walk around with a pack of cigarettes rolled up in one sleeve, a tin of sardines in my breast pocket, and the whole thing would be a wash, struck me as too absurd to take at face value.

This gave me a little room for reflection. What would my reaction have been if the study had found the opposite, that higher levels of omega-3s were as unhealthy as smoking? In that case I would have assumed the study to be hugely flawed in some way, and I would have set about figuring out what that was. And so I found myself attempting to bring the same level of scrutiny to a finding I quite liked.

Luckily, It Keeps Proving Me Right

I couldn’t avoid the fact that this was an epidemiological study of the sort I’ve often dismissed when it argues that meat or fat is singularly unhealthy, which means it comes with the causation issue I’ve attempted to explain above. Nevertheless, as I read the study I found myself spotting good qualities. For example, it tracked quantifiable levels of fatty acids, while many such studies rely on notoriously unreliable dietary surveys. And the effect was so large. While a stronger connection between two factors doesn’t prove that one causes the other, a weaker connection is reason for suspicion; if higher levels of omega-3s had predicted a 2 month reduction in mortality, there wouldn’t be much to talk about. This study found a five year difference!

Also, I noted, the statistical method used employed a validation data set. Put in the simplest terms, this practice consists of holding back a portion of the data. Once the bulk of the data is used to create the model, in this case how fatty acid levels relate to mortality, the validation set is used to test that model. It’s a sort of double check. For the model extracted from one dataset to be valid, it should be able to predict the outcomes of another dataset.

Here again I caught myself. The only reason I know anything about this methodology is that I happened to read about it a couple weeks back in a critique of a complex model that had failed to use any sort of validation. I had no idea how useful or prevalent this feature is in contemporary epidemiology - maybe it’s incredibly common for studies to use validation sets! - yet here I was mentally chalking it up as a point in favor of a study that argued for something I want to believe.

Wait, Maybe I’m Not so Right

So I set about reading the paper again, and this time I spotted some more issues. If I’m reading it properly, fatty acids were only sampled at one point. (And I may be wrong! I cannot emphasize strongly enough that I am not any sort of expert. If you, reader, are more informed, please let  me know.) But assuming I’m right, it is a real argument for skepticism. It is well established that diet and supplements raise levels of omega-3s. People change their diets and supplement regimes regularly. So someone with a high omega-3 count at the time of testing may not have had similar levels over the subsequent eleven years due to changing habits.

Second, the study also found a strong relationship with other markers. Specifically, two saturated fatty acids were similarly predictive of reduced mortality. The authors chose not to focus on them because they were harder to change with simple interventions like eating more fatty fish. Fair enough, but their very existence should dampen any certainty that omega-3s alone could explain the improved mortality.

Third, this is hardly the first study to examine a link between omega-3s and mortality. A few minutes of google-sleuthing reveals reports like this meta-analysis which find a statistically significant benefit to omega-3 consumption, but one not nearly so dramatic as the claims of the study at hand.

More than the merits of this particular study I am interested in my reaction to it, how insistently I worked to justify it. Even after setting out to examine it objectively, I lapsed into cherry-picking the parts that best confirmed my prior belief. Only repeated examination and outlining its merits in preparation for writing this post forced me to reckon with its limitations.

And this is a context in which I had more tools than I usually do. I have a passing familiarity with dietary science. Critically, I have harshly judged exactly this sort of study when it reaches a conclusion I don’t like. Between these I was at least somewhat able to distance myself from my initial enthusiasm for a report I instinctively wanted to be true.

While the outcome may be good in this particular case, it’s also deeply unsettling. All of us unavoidably arrive at beliefs about an incredible range of topics, from the management of pandemics to educating children to infrastructure policy. Gathering good data about the relationship between diet and health is hard; gathering good data about complex social phenomena is far harder.

The only counsel I can offer is striving to maintain some degree of humility and, as uncomfortable as it is, to seek out smart people who hold to different beliefs, in the hope that we can collectively arrive at something closer to the truth than any of us can on our own. If you undertake this and discover that you are both right about everything and more intelligent than everyone who disagrees with you, then I’m afraid you’re out of luck.