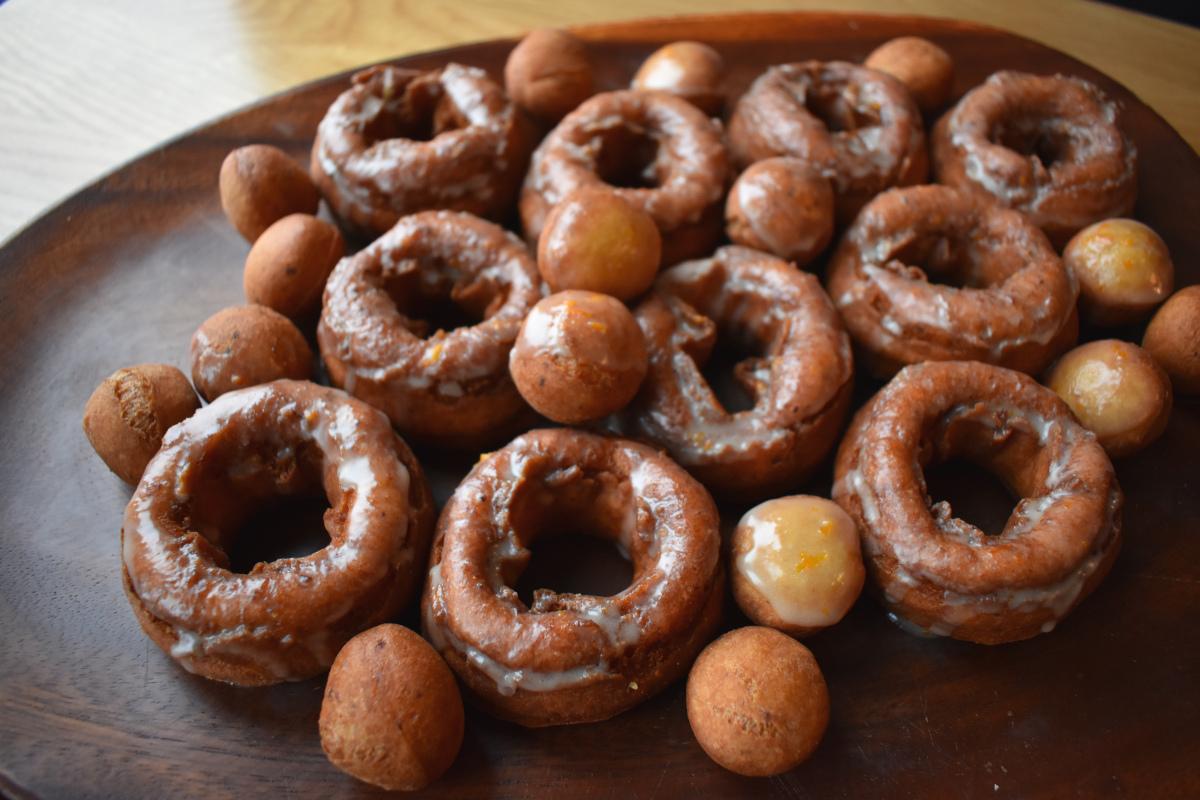 These buttermilk and mashed potato doughnuts are fluffy and light, not overly sweet, and do not leave you with a heavy feeling so common after eating a doughnut fried in vegetable oil. The secret? Frying them in our pastured lard.

After an exhaustive exploration, cooking every doughnut recipe that seemed worthy of our attention I manipulated a mashed potato doughnut recipe I came across on Serious Eats. The mashed potato makes the dough light and fluffy, and honestly I can’t explain how as it seems that mashed potato would do exactly the opposite. Regardless of my ignorance, they are fantastic and that is why this is the recipe I use for the doughnuts I make every Christmas morning.

If you are someone who likes to fry 24 doughnuts and their holes in one go, don’t let me stop you. I’m someone who prefers to make 12-14 at a time and make a second batch of doughnuts later. One way to do this is simply to halve the recipe. What I do is mix all of the dry ingredients, weigh them and set aside half in an air tight container. Then I mix all of the wet ingredients, weigh and divide them, and store half in the fridge in another air tight container. I make half the doughnuts immediately. The other batch should be mixed and fried within a few days. 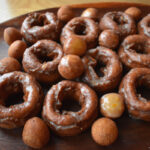 •I prefer to use Einkorn, All Purpose flour in this recipe, but if you do so you will need to reduce the buttermilk by 25%. Rather than a cup of buttermilk like the regular, all purpose flour recipe calls for, I reduce it to 3/4 cups because Einkorn absorbs less liquid. The eggs and the vanilla, although they too are liquid, I leave alone. The dough will seem too sticky to work when you’ve finished mixing it, but I assure you that if you are generous with the flour you put on the counter and toss a bunch on the dough itself before rolling it out you will succeed in rolling out a delightful slab of doughnut dough.