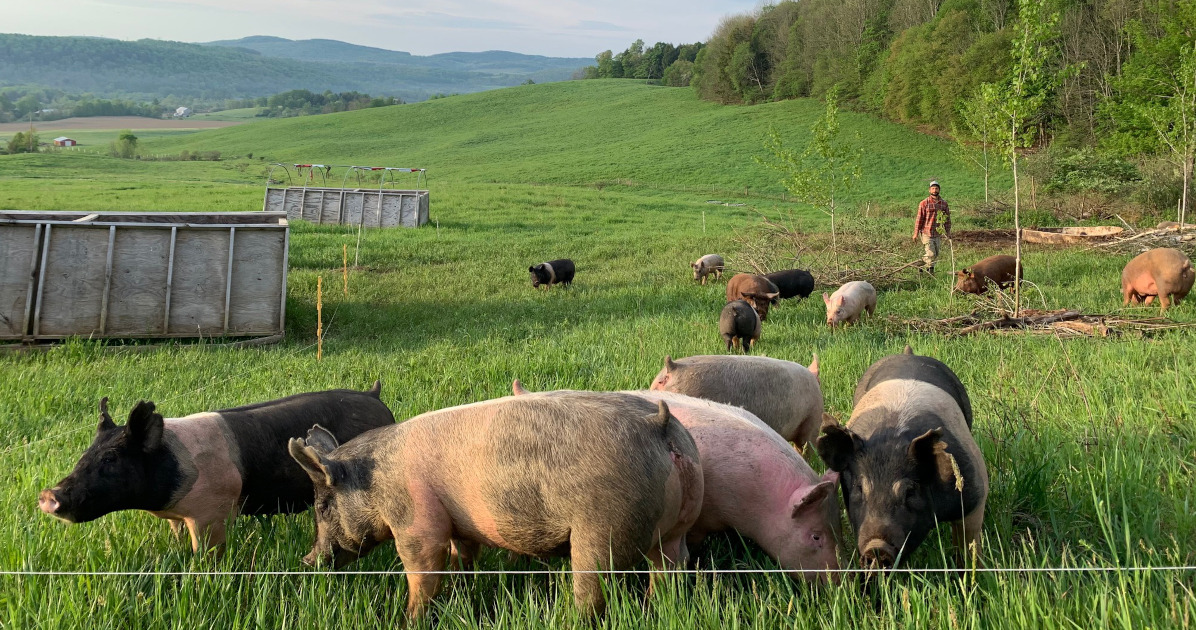 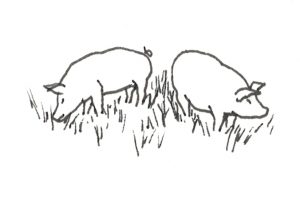 Pigs like to eat, lie around in the sun with other pigs, eat, sneak out of their paddock, eat, sleep, eat, and eat. All the eating and laziness make it easy to overlook just how interesting they are. For one thing, they are incredibly strong. A pig can drop its nose to the ground and flip up a chunk of turf the size of a baking sheet as easily as you could flip a coin. They're not much for running long distances, but they move quite quickly in short sprints. Unlike cows and sheep, pigs aren't entirely herd animals. They like living in a group, but sometimes one will sneak off to go lie in the shade of a tree all by itself. This semi-independence also makes herding pigs tricky. They will mostly stay in a group, but every once in a while - usually at the most inconvenient moment - one will decide to strike out on its own.

While pigs are noticeably pushy with each other, jostling and shoving particularly in pursuit of food, they are also quick to forgive and forget. Two of them can be aggressively jockeying for position at the feeder one moment and then sleeping peacefully half atop each other five minutes later. They have a lot of personality, and they're much more open about it than cows and sheep.

There’s a world of difference between the pigs on my farm and those in conventional hog factories, where they are crammed into huge barns on slatted floors for their entire lives. In the cold weather my pigs are in a big hoop with plenty of room and a deep pack of wood chips and hay to root and nest in. And in the warm months they are out on the land, grazing and rooting to round out their high quality non-GMO grain I feed, which I get from my friend Andy at nearby Inverness farm. 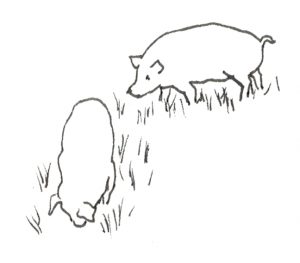 Raising pigs well takes work, since they’re prone to viewing fences as more suggestion than rule, but it’s worth the effort. The pork from pigs that have been raised in a low stress, natural environment, with plenty of good food and stimulation, is strikingly rich and flavorful. It is worlds better than anything available in a supermarket.

Products like sausage and bacon are made with simple, clean ingredients. 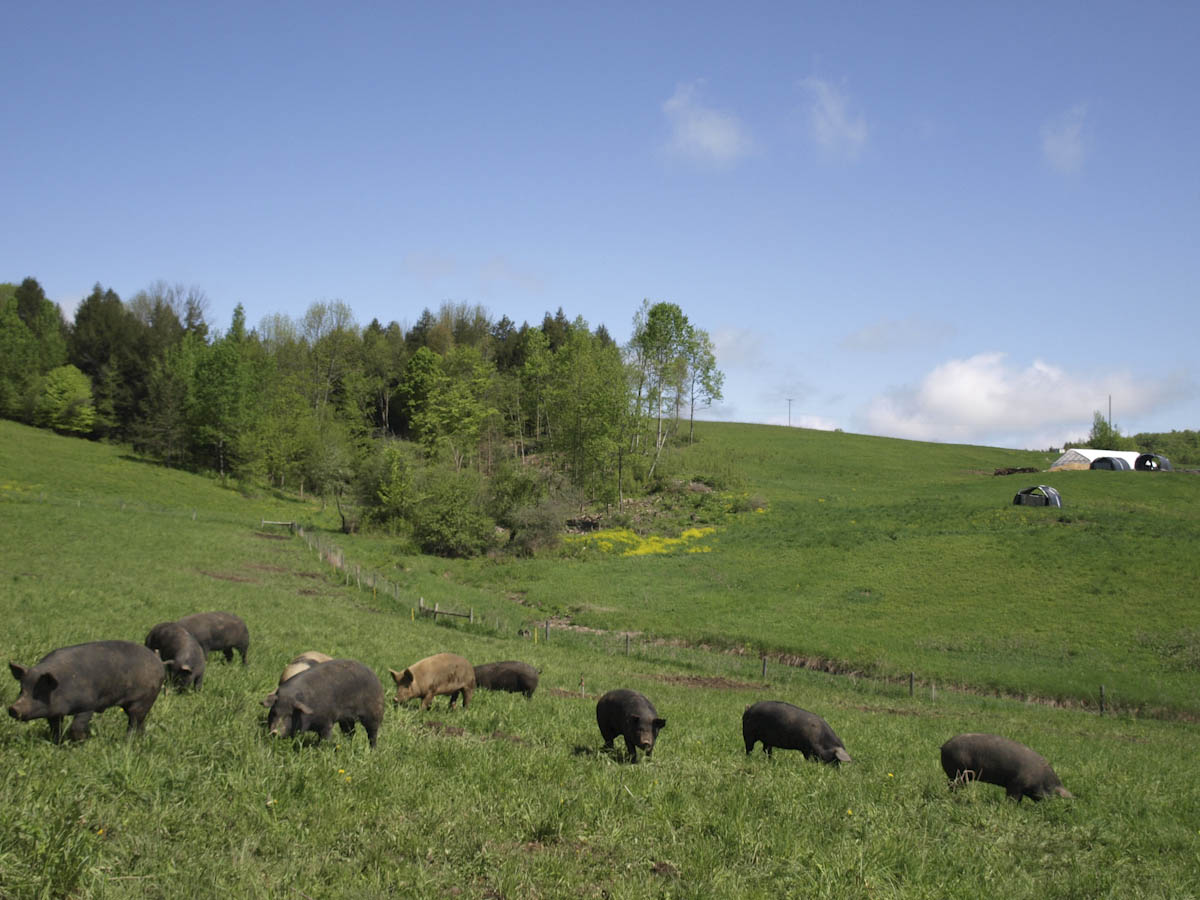 Pigs have an amazing capacity for turning over earth. Put a group of pigs on a patch of ground and eventually they will make every square inch of it to bare dirt. If cows overgraze a piece of pasture it might take a few extra weeks to grow back. If pigs really go to town on an area it may well take the better part of a year to fully recover. This means managing pigs takes quite a bit of care. They can do real damage, leading to significant losses of productivity and even erosion or damage to trees.

But this same quality makes pigs a powerful tool on a well-run farm. Reclaiming previously neglected farmland, as so much of my land was when I first came to Cairncrest Farm, means dealing with a lot of brush and weeds. Pigs' penchant for rooting can be a big help in dealing with this. Rather than resorting to herbicides or a brush cutter, I can put pigs into an area and let them do their thing. They will dig up shrubs and root out goldenrod.

This is also a chance to introduce diversity. When the pigs have cleared an area it's a perfect time to spread the seed of beneficial grasses and clovers that aren't already present on my farm.

One of the best things about pigs is that they can eat good calories that humans aren't interested in, preventing waste. When my local health food store has bread that is about to pass its expiration, 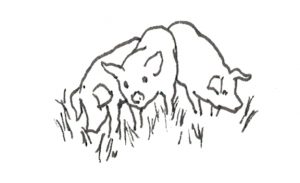 rather than throwing it out they send it home with me to feed my pigs. In the fall, dozens of wild apple trees on my farm become heavy with fruit. It's mostly not as pretty as what you'd see in a grocery store standards, but the pigs don't care. One memorable occasion a whole truck load of perfectly ripe mangoes ended up at the farm. Everyone I know and many people I don't filled up the trunks of their cars, but that hardly made a dent, and the pigs ate very well indeed for the next week.