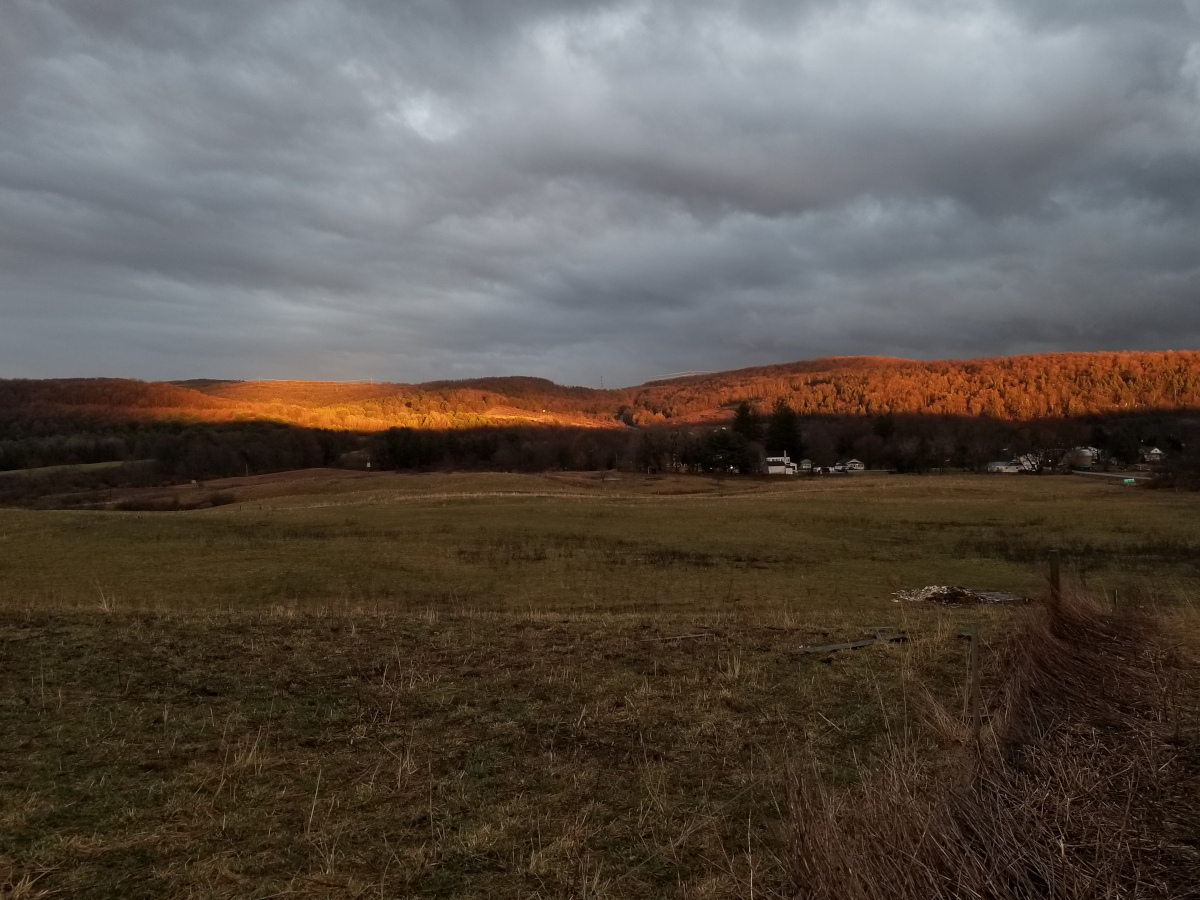 When it comes to agriculture ‘organic’ and ‘regenerative’ are two words that should mean the same thing. Both conjure pictures of green pastures dotted with contented sheep, clean air, crisp veggies, deep, healthy soil and basically any other positive association farming has managed to pick up over the years. But as is so often the case, reality is a bit more complicated.

You probably have some idea what organic entails. Briefly, it means no synthetic herbicides or insecticides, and no artificial fertilizer. (Though, as I’ve detailed, there’s a pretty big loophole when it comes to this particular restriction.) Organic livestock must be fed only certified organic feed, but they also cannot be administered antibiotics or growth promoters.

Regenerative, on the other hand, is concerned with the elimination of tillage and the promotion of cover crops. The idea is that by having a continuous cover of plant life and by avoiding plowing, more organic matter will be stored in the soil, with a cascade of benefits - carbon will be sequestered, water will be better retained, soil erosion will be drastically reduced or eliminated. There is nothing inherently contradictory about these two approaches. Indeed, organic farmers often use cover crops extensively, both for weed suppression and to improve soil structure.

But tillage is a considerably more vexed question. Tillage refers to what happens when any of a broad range of soil disturbing machines are used to work the land. The moldboard plow is the most iconic, but there are also chisel plows, discs, rototillers, cultipackers, perfectas, and a remarkable number of other contraptions that can be towed behind a tractor. All of them work by breaking up the soil, usually in a way that kills or damages existing plant life and thus makes the ground suitable for sowing with corn or veggies or some other food crop.

The issue is that if you want to plant something like corn, or even a rotation of corn, then soy, then oats, weeds will begin to move in. Farmers have developed ingenuous ways to limit this with cover crops and timing, but eventually weed pressure grows too much, and something must be done to clean the slate. Traditionally this has been plowing. Turning over soil with a plow and then discing it smooth creates a regular, weed-free field perfect for planting. But it also damages soil structure, which in turn releases carbon and nitrogen, and promotes erosion and runoff.

Instead of tillage, proponents of regenerative agriculture almost always use an herbicide. By chemically killing off all the weeds, the soil structure is kept pristine, even as it is prepared to grow a food crop. There are things that can be done to minimize tillage, but the only truly zero tillage agricultural systems I’m aware of being deployed at any scale involve the regular usage of glyphosate or other chemicals for weed control. (Well, that’s not quite right. In livestock and tree-based agriculture there are plenty of people, like me, who never employ tillage and never use herbicides. But when it comes to grain and veggies things get harder.)

The tricky thing about this is that tillage is undeniably bad for the soil. Indeed, by many metrics a reduced or zero tillage conventional farm will often have healthier soil than a heavily tilled organic farm. But chemicals also come with costs, from potential human exposure to potential impacts on soil biology. There are no easy answers.

One reason these arguments have such high stakes is that there is the possibility of money floating around. Certified organic producers have already had some of their market diluted by the increase in certified non-GMO foods, so it’s completely understandable that they would be suspicious of a new regenerative label that happens to be very compatible with the direction industrial agriculture is already headed, and that may well be the foundation for a carbon market that will mostly serve to transfer money from the government to large corporate landowners.

And this gives me the opening to thump one of my favorite drums a couple times. Labels and certifications won’t save agriculture. They can certainly do some good, to the extent that they mean anything - if all the corn and beans in the midwest are grown on land that sees less and less tillage, that will be better than maintaining the status quo. But as the existence of 30,000 cow certified organic dairies prove, all of them are susceptible to corporate capture.

I would like the merit of a particular farm to be gauged holistically, from the quality of its soils and the health of its livestock to the security of the people who work on it and the surrounding community. How does it interact with the wild species, both plant and animal, that want to live on it? How clean is the water? Are there fish in the local streams? Do migratory birds have something to eat when the pass through?

Such questions cannot be reduced to a set of rules that, if followed, assure a positive outcome. There are labels and regulations that can move agriculture in one direction or another. Current laws do quite a lot to favor industrial calorie production rather than good farming. But first and last there needs to be a sustained appetite for healthy food, beautiful landscapes, functional communities, and wild places. I can’t wait for the day when these play a bigger role in shaping farming than arguments about what words to put on a box of cereal.