Most people are familiar with the simile "he's strong as an ox," meaning someone with great physical strength or a vigorous constitution. Ruminating on this topic it seems to me many animals have both positive and negative sayings attributed to them, "gentle as a lamb" vs "like a lamb to slaughter," or "healthy as a horse" vs "stubborn as a mule" (both equines). But we don't extend this balance of simile and idiom to pigs. My few years' experience with pigs leads me to believe that "strong as a hog," could be a compliment, but probably wouldn't be taken as one if I said it of another human. A prime reason we don't have a saying like this in English is that we have a lot of negative associations with pigs behavior, e.g. "don't be a pig," or "stop hogging the blanket," or "that's a load of hogwash," or even the relatively innocuous Peanuts character, "Pigpen" with his perpetual haze of filth. I suspect any compliment one might try to convey by association with a positive attribute of a pig would drown in the cultural baggage we collective carry toward these lesser beasts. 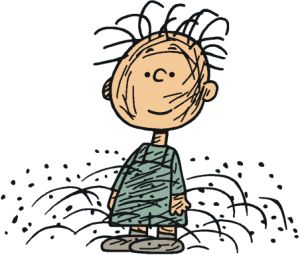 Culture aside, large pigs are strong. The photo for this post shows a tree root one of my sows or the boar broke. It's about as thick as my wrist. Think how many years it takes for a tree to grow a trunk that size. It takes just as long to grow a root the same diameter. In a few minutes time my pigs undid years of work that tree put into its root system. I've been reading on the topic of grazing animals through forested lots, and while it is potentially a useful practice for both trees and animals (as with most things agricultural the devil is in the details; it can be good or bad depending on the situation and the timing) pigs require attention when run through the woods. Their tendency to dig can cause catastrophic damage to tree roots that doesn't manifest itself in obvious above-ground changes for years. Some trees don't die until two or more years after their roots are disturbed.

The root in this photo is from a doomed tree. Not doomed by my pigs, but by a humble bug, the Emerald Ash Borer (EAB). This summer was the first year I've noticed significant effects on the ash trees on my farm from EAB. In a few years all the ash trees here will be dead anyway, so I thought it would be interesting to see how deeply the pigs would excavate around the trees given their druthers. The answer is, "pretty deep and damaging".