Skip to content
Home » Shut Down The Agribusiness Meat Packers 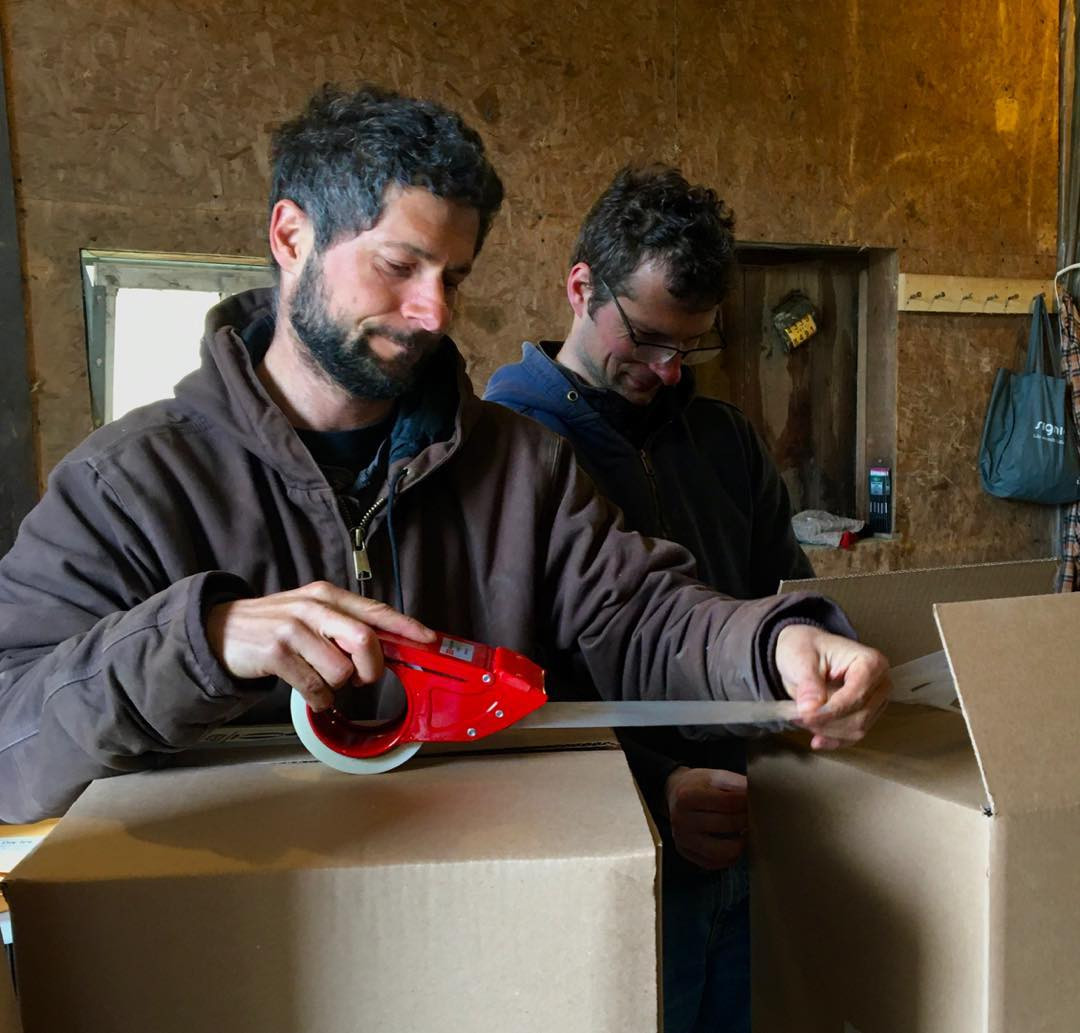 On April 26th Tyson Foods ran a full-page ad in several papers, including the New York Times, warning that the “food supply chain is breaking.” This is not quite accurate. While the whole system from flour to eggs is under stress, it is the network of production and distribution responsible for keeping meat in the supermarket cooler that shows signs of catastrophic failure. The spread of the coronavirus has already shut down some of the largest slaughterhouses in the country, a result both inevitable and tragic. For those of us attempting to build a more local agriculture, the way these closures have been conducted and the urgency to reverse them is a horrific vindication, proof that the system by which livestock become meat is irredeemable in its shortsighted willingness to trade anything for profit: the welfare of animals, the environment, and now even the lives of the workers it relies on.

In America, getting meat to consumers is a thoroughly industrial affair. 5400 cows would be killed and butchered on a normal day in the Greeley, Colorado plant that has been shuttered since early April. A single Smithfield slaughterhouse is responsible for killing more than 4% of all hogs, and its closure, along with just a handful of other facilities, has resulted in a 10% reduction in pork processing.

These large plants are built around the chain, a disassembly line designed to make dead animals into meat. Thousands of people are required to transform a conveyor belt of chicken carcasses into tidy packages of skinless breast, or to turn a chuck into hamburger and pot roast, and these workers are packed elbow to elbow, repeating the same procedure endlessly over the course of a shift. In normal times this often leads to debilitating injuries. But now hard labor in cold, damp, and cramped conditions is fostering the transmission of the NOVEL coronavirus, putting packing plants at the center of their communities’ outbreaks.

More resilient, humane, and human would be a network of slaughterhouses sized to kill and butcher dozens rather than thousands of animals per day. Having fewer workers in each crew would reduce the relative risk that one team member would infect hundreds of others. Because the job of cutting meat is fundamentally different in smaller packing plants, requiring a skilled worker capable of doing a variety of tasks, each employee needs considerable floor space. Fewer people with more room can observe reasonable safety protocols far more easily than would be possible in the big slaughterhouses. Equally important, shutting down a smaller plant, evaluating it, and waiting as long as necessary to safely reopen it, would not cause nationwide shortages.

Unfortunately, we have just a smattering of these small and mid-size operations, nowhere near enough to take up the slack left in the market by the closure of mammoths like the Greeley plant. This is devastating for many farmers. Because the the entire production cycle from birth to death to table has been built to run on a fast, predictable schedule, there isn’t any good way to delay slaughter. Factory farms count on being able to ship their livestock within a small window of time; one group of pigs or chickens must leave the barn on time to make room for the next. Without a processor, the market weight broilers and hogs will be killed and dumped, despite demand for fresh meat.

Farms that use more extensive production methods have plenty of space for each animal, usually in the form of pasture, which means they can hold onto a group of hogs for an extra month or two instead of euthanizing them. An agriculture based on pasture rather than confinement, working with smaller, better managed slaughterhouses, would still be affected by a catastrophe like the coronavirus, but it would be far more resilient than the current arrangement of factory livestock production interlocked with massive processing plants. Of course, such a system would also be better for the environment, hugely improve conditions for the billions of animals that currently live and die in squalor each year, and eliminate the most damaging and exploitative parts of slaughterhouse work.

A good start would be serious anti-trust, anti-collusion investigations of the four companies that control more than 80% of the beef market between them. After that, implementing strong worker protections and a regulatory framework designed to encourage moderate rather than maximum scale would force a move away from the obscene scale that currently dominates meat packing. Farming also needs reforms. Instead of relentlessly pursuing ever cheaper production, subsidies and other incentives should reward soil, water, and air quality, along with community health more broadly.

Making these changes is not a matter of weeks or months, but of years, years we do not have. Packing plants are reopening, without any sort of rigorous framework explaining how this can be done in a way that does not put the meat processing labor force at risk. While no one will explicitly endorse the idea of infecting thousands of workers making an average of $28,000 per year, it seems there is even less willingness to accept widespread shortages of meat. It will simply be a particularly sickening ethical compromise to go with all the others made in the pursuit of efficiency and profit.

But when Tyson, JBS, Cargill, and the like come asking for bailouts, or federal interference with local governments’ efforts to regulate them, or protection from liability incurred by operating with inadequate protections during a pandemic, we should realize we don’t have to stomach the meat they want to sell us. Instead of going to the entrenched behemoths of the industry, resources should be used to build a better alternative, one that prioritizes the safety and health of the public, farmers, and workers.