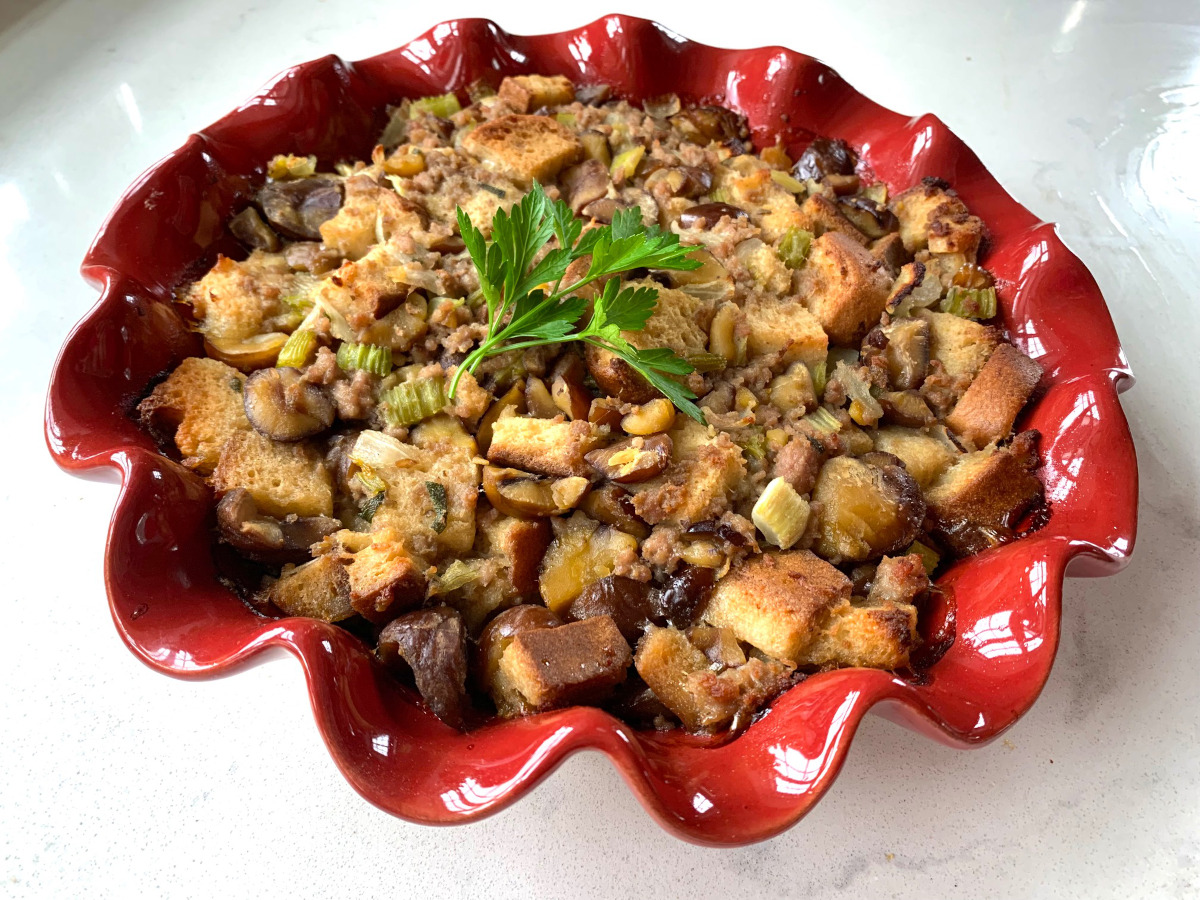 An honest view of the world is one of ambiguity, contradiction, and a keen awareness of our own limits. Most of us naturally cast a skeptical eye on others, but we should cultivate an equal measure of doubt when it comes to our own motivations and beliefs. Or perhaps more – while we can at least bring a pretense of objectivity to an assessment of arguments made by a stranger in the pages of some magazine or other, we cannot claim such sobriety when rifling through the contents of our own minds. The true measure of adulthood is the capacity to view oneself as no more reliable than a child.

I believe this, I really do. Passions should be appreciated but not blindly trusted; feelings can say something important, but they can never say everything. True conviction should only ever be the result of long reflection, conversation, experimentation, and feedback, and even then it should never be allowed to calcify.

With this preamble I hope to convince you that I am not prone to flitting from one enthusiasm to the next, extolling the virtues of whatever has most recently captured my attention. I am not here to push this or that trend or to cash in on whatever momentary mania has captured the culinary world. My purpose here is deeper and, though I risk conceit by saying it of myself, far, far more noble.

The Seamy World of Thanksgiving Recipes

Days shorten as the holidays approach, with the fading of summer into fall turned from bitter to sweet by the thought of convivial gatherings with family and friends. But it is also the time of year when food writers of every station wantonly lash out, foisting all sort of culinary dreck on a defenseless public. October gives way to December, and every magazine and website becomes a morass of saccharine yams and cardboard turkey, of watery pumpkin pies and sticky mashed potatoes, of cranberry sauce and congealing gravy.

But of all the myriad Thanksgiving dishes that endure a range of crimes each autumn, none are subjected to the indignities that stuffing suffers. In the least offensive case it lands on the table as a bland mix of bread and canned chicken broth. But all too often it is far worse. Here an author claims a sticky mass of breadcrumbs shaken from a box and mixed with water tastes just as good as the real thing; there a blogger works to even darker purposes, larding otherwise adequate stuffing with raisins and oysters and marshmallows.

Please, please let me show you a better way.

An Ode to Stuffing

In Greek myth ambrosia is the food of the gods. It is described as a purifying substance, either drink or food, but there is no consensus as to its particular qualities. While scholars modern and ancient alike identify ambrosia as a broad array of items, ranging from honey to hallucinogenic mushrooms, for my money Zeus and his compatriots most likely dined on stuffing.

This is because properly made stuffing is as close to culinary perfection as any single dish can be. Tender cubes of bread richly redolent of savory stock, butter, and sage, studded with chestnuts and ground pork, achieve a symphonic harmony that makes all other food turn to ash on the palate.

What’s that? You think stuffing synonymous with mush? If so, you must be one of those philistines so painfully literal in your every word and deed that you insist on putting stuffing inside a turkey instead of baking it in a dish, as you should do not just for food safety – that turkey will be a charred husk by the time the stuffing within it has meandered out of the danger zone – but because baking in a separate dish has the salutary effect of crisping both the top and the edges, nullifying the one complaint that can justifiably be made against proper stuffing.

If you’re counting on a cocoon of turkey to give your stuffing some semblance of flavor, you’ve already lost. The beauty of stuffing is that it invites layering flavors atop flavors. There is simply no excuse for blandness. When you sit down at the table the turkey may be at the center, and granddad’s brussels sprouts in Velveeta may be nodding at tradition from their trivet. Perhaps an uncle is most looking forward to the wine, and perhaps the children are most looking forward to dessert. But when the meal ends the entire table should as one and without rehearsal lift their eyes to the middle distance and pause for a silent moment to collectively pay homage to a single dish: the stuffing.

A Unified Theory of Stuffing

Like all the best, purest expressions of democratic values, real stuffing requires time and dedication rather than virtuosic skill. It is attainable to anyone who has a kitchen and the will to reach out and grab a bread knife and some sage. There are a few simple rules that make stuffing work. Follow them and success is all but assured.

Drying the cubed bread without excessively toasting it makes it thirsty for stock, which counters the lack of flavor that hamstrings so many otherwise worthy stuffings. Ground pork adds the complexity that only meat can bring. Chestnuts offer a sweetness that complements the other flavors without being cloying. Speaking of chestnuts, here’s proof that I’m no zealot – yes, fresh, hand-peeled chestnuts are approximately three percent better than the sort that come in a pouch. But who has an hour to wrangle chestnuts on Thanksgiving morning? Pick up the already peeled variety without hesitation.

Finally, there is the matter of butter. When the time comes – and it will, make no mistake – with clear eyes and an unflinching hand add a full stick, two full sticks if you’ve wisely opted for a double recipe. Do all this and you will be on your way to greatness. 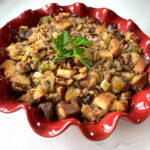 Whether you call it stuffing or dressing, this dish, with chestnuts, ground pork, and sage, is guaranteed to be the most delicious thing on any table.
Course Side Dish
Cuisine American
Keyword chestnut, stuffing
Prep Time 1 hour
Cook Time 1 hour 30 minutes
Servings 8

•DO NOT ADD SALT IF USING STORE-BOUGHT BROTH! If you do, the result will be overly salted stuffing. •DO NOT PUT INSIDE A TURKEY! Despite the name, all right-thinking people now agree that stuffing should be baked separately from the bird. •If you feel inspired, it’s absolutely fine to use fresh chestnuts and peel them yourself. The result will even be approximately 3% tastier than using prepackaged peeled chestnuts. But be warned – you are adding between 30 and 90 minutes to the prep time if you go this route, depending on how hard the fresh chestnuts are to peel. •In my opinion, making turkey stock from scratch is a better use of your time than peeling chestnuts. There’s simply no comparison between even good store-bought broth and homemade. •This stuffing stores and reheats beautifully. Feel free to make it a day or two ahead of time, then just reheat it on Thanksgiving day. •This recipe doubles well, and it makes delicious leftovers. •If you’re gluten free, use Schar white bread. I’ve used it with excellent results.