Many of the problems with modern agriculture are rooted in technological complexity. Massive tractors till land and spray it with herbicides to render it as close to sterile as possible. Expensive, high performing seeds are planted, and fertilizer is heavily applied to ensure they reach their potential. Human preferences and local conditions cannot be accounted for in their variety, and so they must accommodate this paradigm or fail out of the system. It is a cutthroat, efficient, low margin, capital intensive enterprise. This state of affairs is a direct result of the green revolution, the term used to describe the modernization and consolidation that reshaped post war agriculture, making it the staggeringly productive system that currently exists. Of course, this came with an immense cost to communities, the environment, and animals, a sad litany anyone reading this blog is probably familiar with.

These costs are why many of us have a reflexively nostalgic idea of what good farming should look like. There’s an obvious appeal to the idea that the entirety of this vast, dehumanizing enterprise has been an unambiguous mistake, one that can be corrected by returning to the way things used to be. There are two problems with this view. The first is pragmatic. For all their problems, current practices are very, very productive - far more productive by most any measure than what they replaced, and they are not obviously uniformly more destructive. For example, the widespread use of herbicides, for all their problems, have reduced the very sort of tillage that contributed to the dust bowl, an ecological catastrophe that unfolded prior to industrial agriculture.

The second reason is a bit more optimistic. Parallel to the larger, more obvious changes in agribusiness, from ever larger tractors to bioengineered seeds, there have been advances in simpler forms of technology that make small scale, local agriculture better than it used to be. Chief among these is portable fencing, which facilitates the movement of animals in a deliberate manner through pasture and woods, but there have also been advances in understanding what constitutes healthy soil and advances in shelters

A hoophouse (basically a greenhouse without closed ends) is deceptively simple, consisting of a framework of galvanized pipe covered with a sheet of plastic. But it has huge advantages over a pole or timber frame barn, at least in some circumstances.

1.) It is impermanent. Taking down and setting up a hoophouse is a big job, particularly if it has wooden sidewalls to make it suitable for animal housing, but it can be done without any specialized equipment or particular skill.

2.) It is moveable. This relates to the first point, obviously. On a farm where enterprises are growing and shifting, having a lower commitment to a particular place is quite useful.

3.) It is cheap. A hoophouse costs far less than a comparable structure made of wood and metal sheeting, especially when it can be found lightly used.

4.) It is pleasant. A roof of translucent plastic provides plenty of light all winter long but blocks the worst of the sun on hot fall or spring days. It’s much nicer to be in for both humans and livestock than a dark, low barn

Of course, I wasn’t thinking of any of this Saturday morning when I arrived at the pig hoop to find its plastic roof split. It had been windy the previous night - gusts up to 50 miles per hour were in the forecast - and the worst of these had obviously found some purchase on the canopy. The tear had started at one end and worked all the way across to the other. A light, strong sheet of plastic with a couple thousand square feet of surface area more or less becomes a sail when unmoored, so it’s no small thing that the structure itself survived the buffeting.

I very much wish I didn’t have to think about getting a new roof on the hoop in the dead of winter, but as an agricultural issues goes it really isn’t bad. Though it will be a source of anxiety until it’s corrected, the solution is straightforward, and the situation is contained - a  compromised hoophouse does not pose much risk to the larger ecosystem.

Compare this to the problems caused by more disruptive technologies, especially those of the green revolution. The failure of these demand further, more complex fixes, so excessive tillage, with its resultant erosion and loss of soil organic matter, leads to the widespread use of herbicides and bioengineering. The demand for ever better per-acre production is met with heavier applications of fertilizers and pesticides. Looking forward, it is likely that the ongoing crisis of animal welfare in confinement farms will most likely be solved by a shift to lab grown meat.

I am not inclined to think the whole edifice of industrial agriculture will collapse under its own weight, certainly not any time soon. I would bet that advances will continue rapidly enough to keep food on the table for most of us. But the ultimate result of this sort of progress, driven first by the monomaniacal pursuit of immediate profit in the narrowest sense of the word and then by the subsequent fearful scrambling to correct the problems caused by that pursuit, is obvious. The food system that such practices have already created is attenuated from end to end. Everything from rural communities to methods of production to the stuff that ends up on dinner plates is simpler, blander, and more homogeneous than the products that would result from a more varied agriculture.

If such an alternative emerges on any scale (I’m not hubristic enough to say if I build one) it will have to be deliberate in its growth, honest about its inevitable failings, and relentlessly human in its ambitions. It should be based on a view of agriculture as a portion of a larger ecosystem, and the technologies it employs should reflect this. When they fail the result should be some snow getting into a hoop, not nearly five hundred pigs dying due to an electrical failure. In other words, when catastrophes happen they should be manageable. 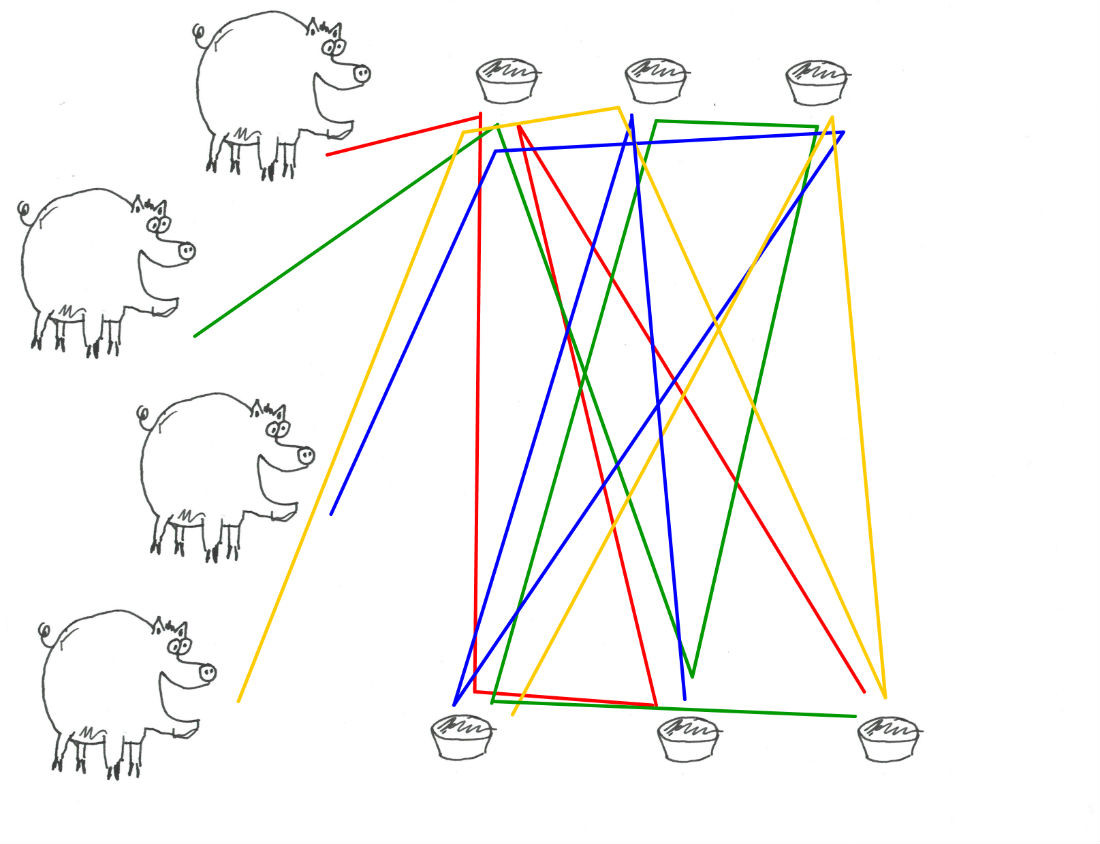 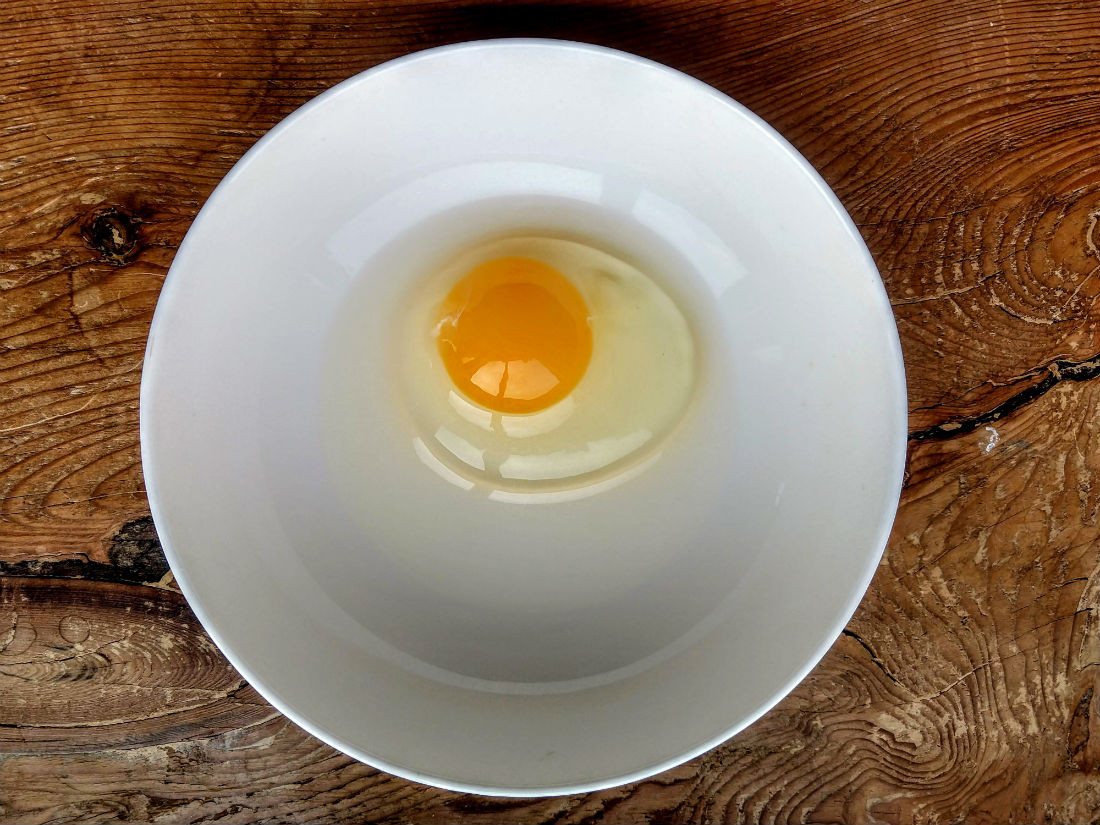 The Storm That Wasn't & The Cold That Was 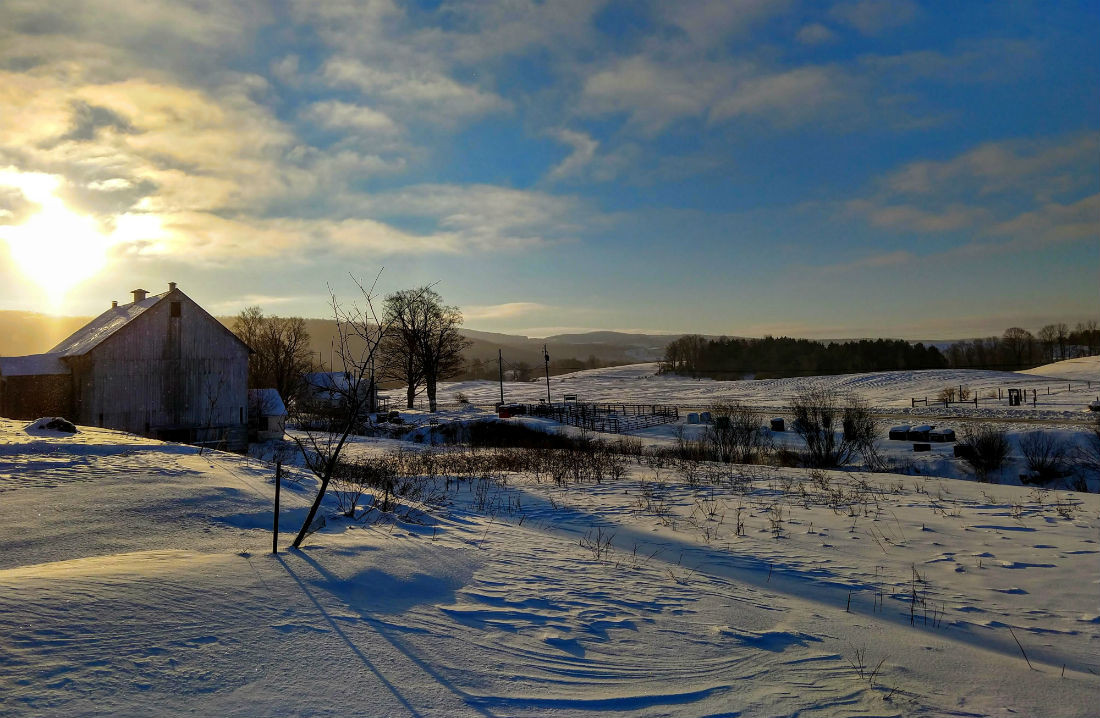