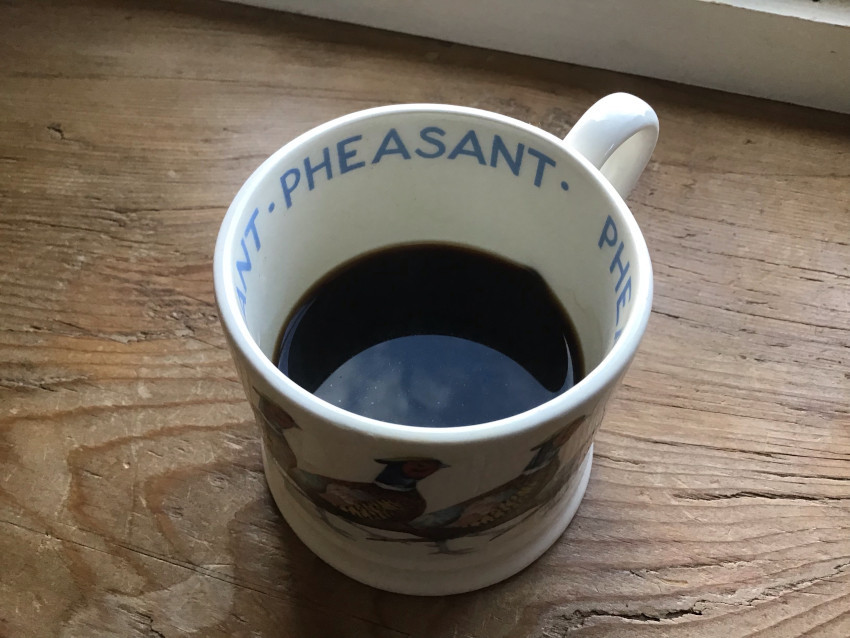 Years ago I worked at Aldo’s Coffee in the coastal town of Greenport, New York. While I had developed a habit in college, it was there, that first damp, blustery winter, that I began to appreciate the difference between lighter roasted Brazilian beans and darker roasted ones from Sumatra, between high quality, single origin coffee and the commodity product found in gas stations. I also began to learn that the difference between coffees was not merely a matter of taste, but one of concrete fact, and perhaps even of good and evil.

To say Aldo had opinions about coffee and how it should be enjoyed would be an understatement. Long before every street in Brooklyn (or every Brooklyn-esque neighborhood across America) had a pour over lounge staffed by opinionated, tattooed young people, Aldo was out there telling people what was good and what was bad. In his shop there were no flavorings, no vacuum urns filled with hours old drip, and if you wanted sugar, which Aldo usually kept behind the counter, you’d first have to try a sip of your drink without before he would grudgingly hand over a packet.

So while I’m no expert, I do bring some perspective to this article about Cafe D’Bolla, an uber-boutique place in Salt Lake City. It’s worth reading the whole thing for yourself, but I’ve picked out a few highlights.

-The proprietor demands that his coffee must be drunk black and that an hour must be set aside to enjoy it.

-He suggests waiting nine minutes after the cup is brewed before touching it, since it will best be enjoyed at 155 degrees.

-The proprietor talks and “gently chastises” for that entire hour.

The author helpfully distills the ethic underlying this into a few bullet points. To quote:

-A seller that presents itself as artisanal/high end incurs ethical obligations that other sellers don’t.

-Artisanal sellers have an obligation to sell products in the best condition possible, even when their customers request otherwise.

-When customers request products in sub-optimal condition, it is the obligation of the seller to educate the customer about standards of quality and disabuse them of whatever misconception they have.

-If they still want a product in sub-optimal condition, there [sic] didn’t want an artisanal product in the first place and they are at the wrong store.

I don’t entirely disagree with any of these points, though some are less relevant to raising grass-fed beef than they would be in the context of roasting coffee. Yet taken together, and especially when considered alongside the description of how they are enacted at Cafe D’Bolla, they unsettle me. There is something about the combination of exclusivity, ritual, and knowledge that strikes me as not just elitist, but counterproductively so, especially when it purports to be an ethical framework.

It’s difficult to overstate how strange a commonplace act looks in this article. Imagine if drinking coffee consisted of regularly blocking out an hour for education and if the only proper way to appreciate it, even in your own home, was to mutter, “Bright. Floral. Beautiful notes of blood orange at the finish. HIbiscus. Less expressive of the terroir than I would have hoped,” after every noisy, perfectly aerated sip.

In all forms of consumption, but particularly when it comes to food, I favor making the invisible visible, the unconscious conscious. But in this framework the point of artisanal production is to create something almost comically rarified, so much so that it demands aestheticized, deeply informed, performative appreciation. Perhaps it’s reading too much into it, but I get the sense that by this definition artisanal products can only exist in a tiny niche; all that ostentatious thoughtfulness must be played against a backdrop of broader ignorance.

And this gets at the bigger problem with making the ethics of production mostly a matter of endlessly refined appreciation. If the primary justification for the added expense of artisanal food is made so onerously specific, if by definition it can only be found on the bleeding edge of the culture, then it cannot be expected to have much to say about production in any systemic way. Put another way, if the artisanal ethic is mostly about an esoteric, ritualized form of enjoyment, then of course it demands nothing more than finding a preferred area to “spend your aesthetic energy.”

I view myself as an artisanal producer, and my hope, though I know it is unlikely for a whole host of economic and cultural reasons, is for what I do to become the norm. That is, I truly think the world would be a better place if most people consumed meat produced with the practices I use on my farm. So while I have strong opinions about cooking - steak should be bloody, brisket smokey, and shepherd’s pie should be made with lamb -  the health of the ecosystem, the local community, and the people who end up eating the meat I produce are at least as important as the minutiae of how it’s consumed.

But maybe this is all just a long-winded justification of my own inadequate coffee practices. I do have a good grinder and I do drink it black, but I still think Aldo’s is the best coffee I’ve ever had, even though I know he roasts it darker than contemporary tastes dictate. I’ve never in my life let a cup of coffee cool down before trying it. Quite the opposite - I prefer it scalding hot, first thing in the morning, usually while writing or reading. Sometimes I catch a whiff of olives or think I taste something like dried cherries. Sometimes the aroma reminds me of the endless churn of the roaster’s cooling pan in the corner of the little storefront, and sometimes it brings back another faint memory of the years I spent living on that strange peninsula on the end of Long Island. But mostly it just tastes damn good and makes getting on with my day a joy.