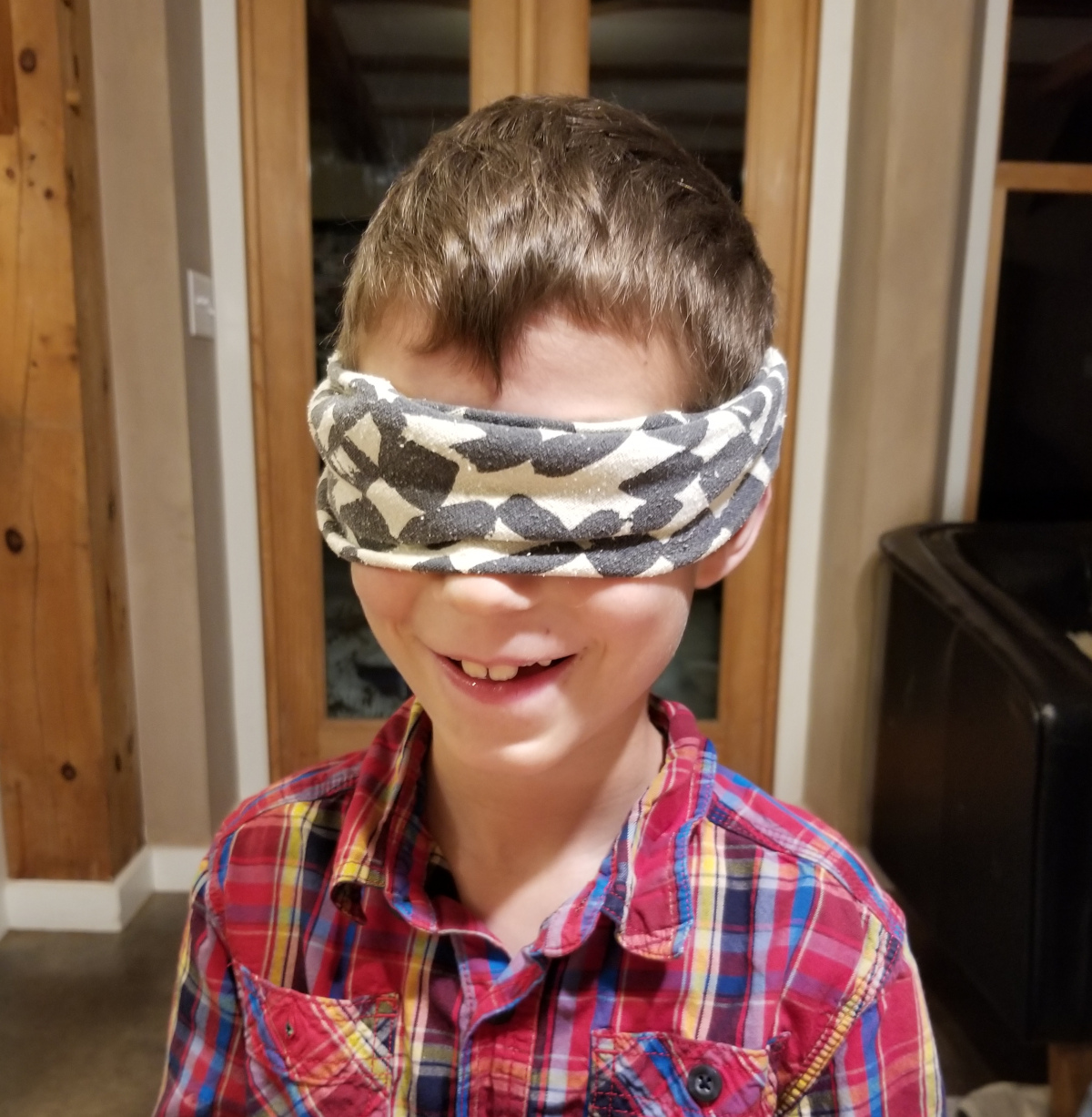 Taste is a funny thing. Wine poured from bottles with fancy labels tastes better than the same wine poured from drabber bottles. (The drinkers must see the labels, of course.) Whether people think blue foods taste good or bad is a surprisingly interesting and fraught topic.

Subjectively, I expect brighter colored foods to have more assertive flavors, and my six-year-old son Ellis seems to agree. Though potatoes are his favorite food, when I cooked some purple potatoes a few weeks ago, he took one look and decided he didn’t like them. Though I eventually cajoled him into eating a fair number of them, he nevertheless maintained they didn’t taste right.

This struck me as a perfect opportunity to undertake a rigorous scientific inquiry into the critical question of whether or not purple potatoes do in fact taste different than their paler counterparts. And I do mean rigorous.

The biggest confounder in the whole thing is the potatoes themselves. It would not be hard to tell apart a waxy boiling potato from a crumbly baked russet just by the texture, entirely apart from hue or flavor.

The potatoes used for this trial had a very similar, moderately firm texture. Further, they were grown side by side in the same garden, which eliminates the confounding variable of testing potatoes from different farms. As near as possible the only difference was coloration.

The potatoes were peeled, sliced, parboiled, then roasted until lightly crispy. Test subjects (Ellis, his sister Arden, Alanna, and me) were blindfolded one at a time. Maintaining perfect silence, the other three flipped a coin. ‘Heads’ resulted in delivering one bite of white potato to the test subject, while ‘tails’ resulted in a bite of purple potato. This process was repeated five times. Each subject would guess the color of the bite based on flavor alone.

Though this study did not have enough subjects or enough individual bites of potato to draw concrete conclusions from (it was dinner time, after all) the data are pretty clear. Only Alanna did any better than random, and getting 4 out of 5 is hardly ironclad proof of anything more than luck. I am prepared to say that purple potatoes do not taste different than white potatoes. Or if they do, it is a very subtle difference indeed.

One qualification I would make is that we went into this literally blindfolded, with no priming. I do wonder if sampling several examples of each prior to the experiment would have let us associate certain flavors with one or the other ahead of time, leading to a more robust ability to identify them. I doubt it, but it’s possible.

But even if that turned out to be the case, it wouldn’t necessarily prove that the coloration had anything to do with the difference in taste. As I said in the ‘methodology’ section, potatoes with quite similar coloring can have distinctly different textures. Why should the same not be true of flavor? In other words, for the purple coloration to be a meaningful variable, I would need to do this experiment with multiple types of potato, establish some sort of grading system, and thus determine that purple potatoes not only taste different, but taste more different than various beige potatoes. Given that this initial examination suggests differences between purple and white potatoes are somewhere between incredibly subtle and non-existent, I see no point in undertaking such a complicated endeavor.

Yet taste remains strange. Ellis, whose pickiness launched this whole thing, l could not taste any difference. He guessed that all the bites of potato he tried were white, though three were, in fact, purple. But when the experiment had concluded and it was actually time to eat, he nevertheless requested that he only be served white potatoes. In matters of taste, evidence can only get you so far.