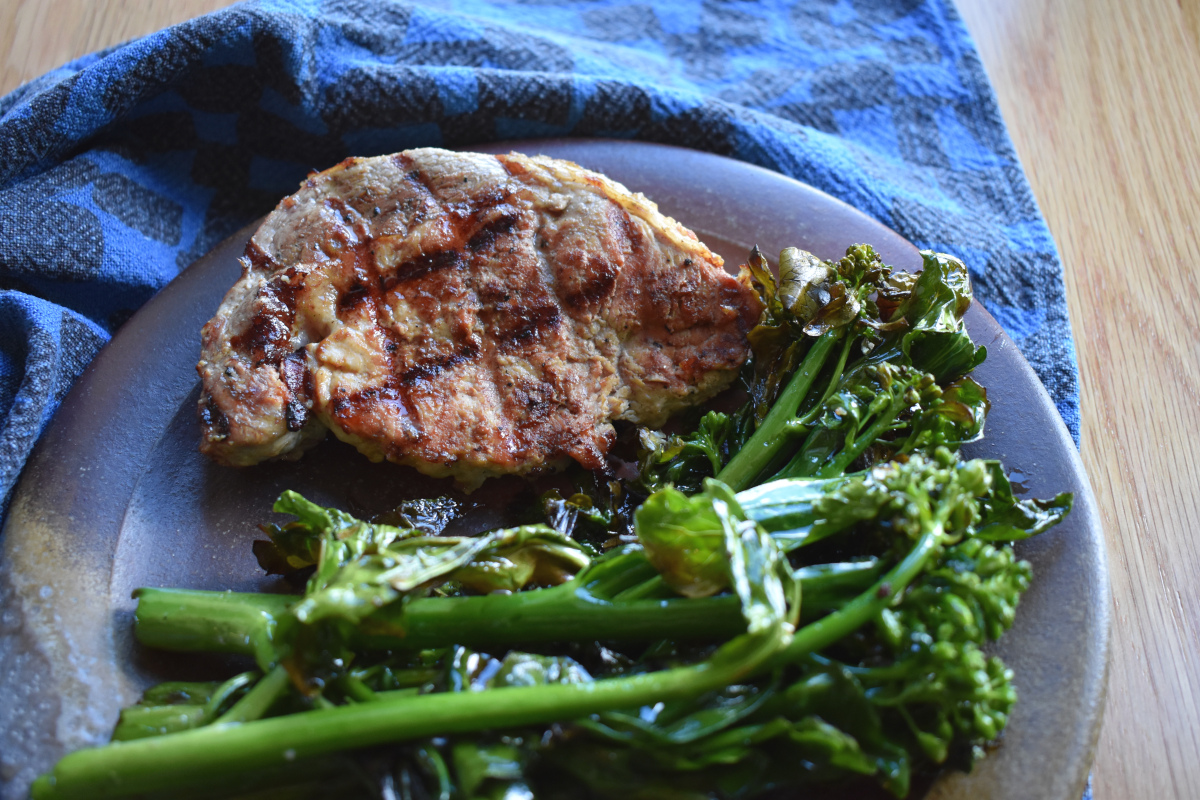 A new twist on an old favorite

If you’ve spent any time in central or western New York, you’ve likely noticed that lots of groups from churches to to libraries, but especially fire houses, raise money by holding chicken dinners. Chicken is put in a tangy, savory marinade, then grilled. There are usually sides, but no one really cares much about them.

Though I’ve lived here for over a decade now, it’s only recently that I learned the reason for this. Back in the 1960 Robert Baker, a professor at Cornell, developed a marinade intended to make grilled half chickens as delicious as possible, in an effort to help chicken farmers market their birds. This story is repeated everywhere, but I haven’t been able to find any primary sources to confirm it. This Cornell county extension document is the closest I’ve come. Anyhow, wherever it came from the results speak for themselves. And that got me thinking – wouldn’t it be every bit as tasty on pork?

Perfecting it for pork

So I mixed up a batch and tried it. The chops came out fine. They were flavorful and complex, but the vinegar flavor was too assertive, even overwhelming at times, even though I’d only applied it an hour prior to grilling. And the original recipe is aggressive, with the bulk of the marinade consisting of straight apple cider vinegar. Maybe, I thought, pork chops are a bit more sensitive than skin-on chicken. Maybe they need something a bit more delicate.

I took a two pronged approach. For half of the cider vinegar I substituted rice wine vinegar, which is milder in both flavor and acidity. For the other half I used water, along with some mustard and honey so as not to dilute the flavor.

This times the pork chops were perfect. The marinade added a nice hint of flavor and juiciness without overwhelming the hint of smoke from the grill or the complex flavor of the meat.

I know I’ve taken some liberties, but I really do think that the normal recipe overwhelms the flavor of pork chops. I recommend flattening the pork chops in this recipe, which definitely gives the marinade more purchase, but with a milder sauce this is a feature, not a problem. That said, there’s no reason you couldn’t use whole, unflattened pork chops.

Leftover marinade should keep for at least a week in the fridge, though the the reduced vinegar in this recipe means it won’t last as long as regular Cornell Chicken sauce. Also, many recipes recommend basting with the sauce. Because it contains raw egg, this is generally not advised unless you and the people you’re feeding are comfortable with the risk. In my opinion these pork chops will have plenty of flavor from the marinade alone. 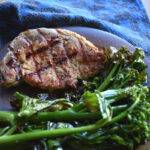 *Though I think this marinade goes best with pork, it’s also excellent with chicken. If you use it on wings or drumsticks, I’d encourage you to let them sit a bit longer, up to 8 hours.