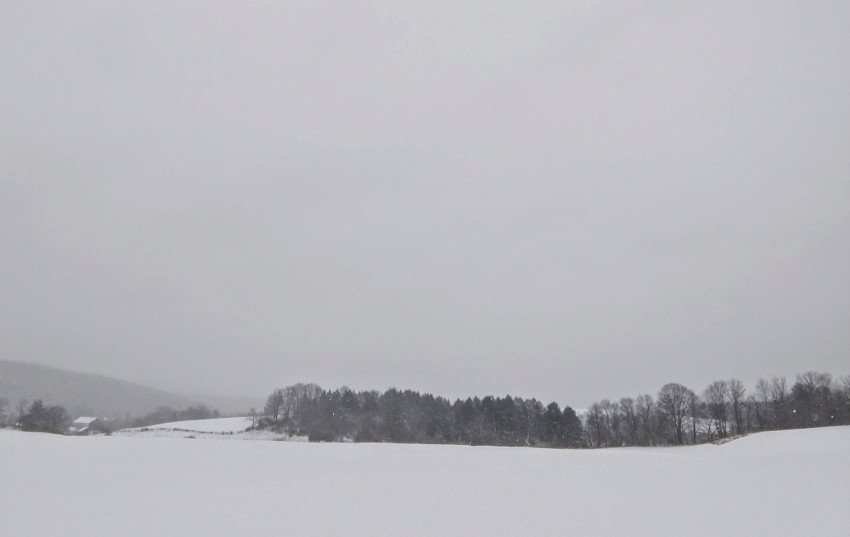 There’s a strange sort of doublethink that for me accompanies weather events. As a storm approaches my better self hopes that the forecast is wrong, that the breathless articles about impending disaster are a product of catastrophizing. At the same time, my inner nine year old can’t help but think how cool it would be to see something truly unprecedented.

Take the blizzard that’s still blowing itself out as I write this. At least, it was supposed to be a blizzard, or perhaps a severe winter weather event. About a day out predictions peaked at a range of 15”-25” of snow, but those haven’t materialized. It’s meant to stop by this evening, and unless that also proves incorrect it looks like the total accumulation will be somewhere in the neighborhood of 10”. This isn’t nothing, of course, but neither is it exceptional.

A lesser result makes everything easier, from feeding the animals to shipping orders to getting into town. Not having all infrastructure shut down for days is generally good! But honesty demands that I reveal a slight twinge of disappointment that I didn’t wake up to drifts well past my waist and hemlocks bending low beneath thick white blankets.

It’s mostly a base, human desire to witness a spectacle that motivates this, but there is also something a bit festive about a big snow storm. It brings with it a physical change, turning the landscape, however temporarily, into a painting with a simpler palette and softer lines. It’s a forced break with the day-to-day, with no particular demands beyond staying warm.