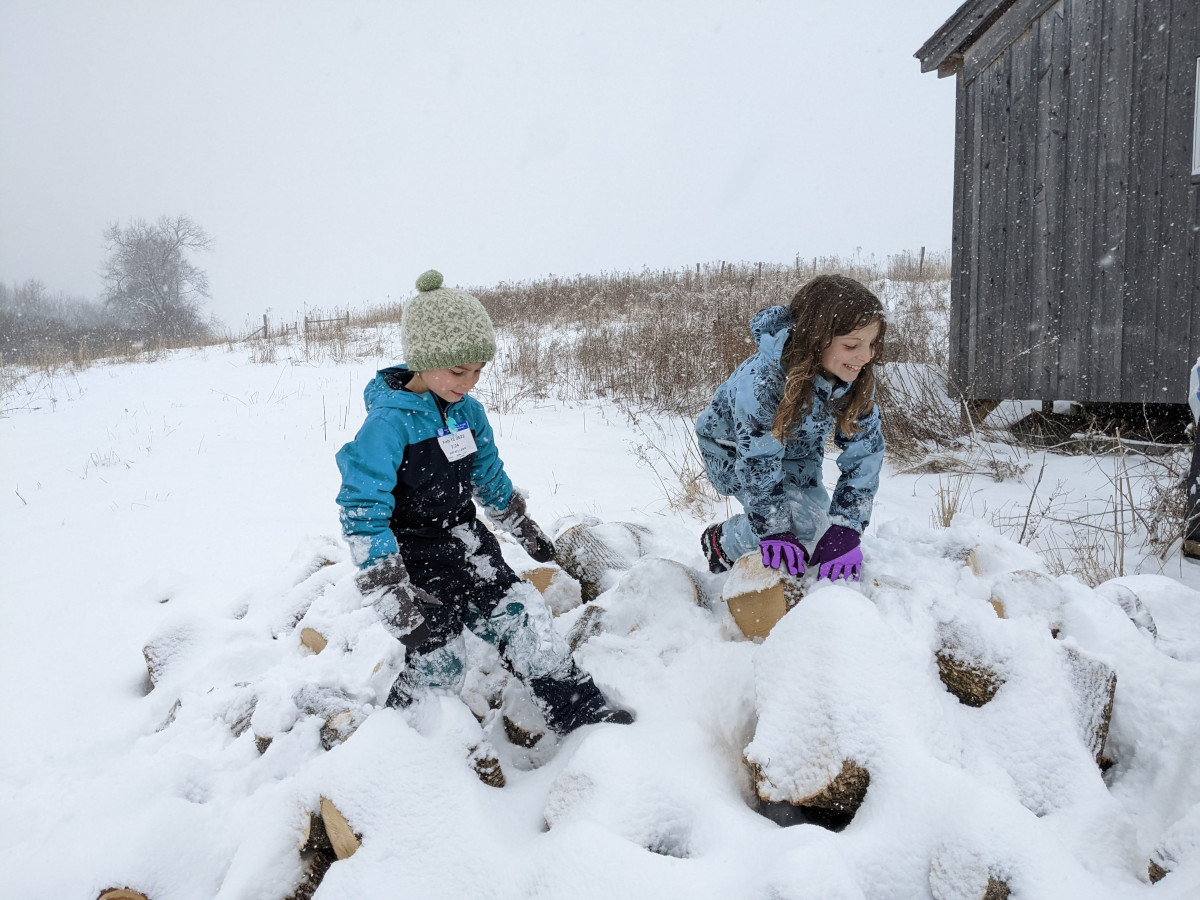 A few days ago a rangy fox trotted across the field opposite my house. He moved with an easy purpose, pausing occasionally to cock his head as if trying to catch some sound or scent, then coming on towards my house. With my kids I watched him parallel the stream and then trot across an old telephone poll that had been a makeshift bridge. A few times he paused to scratch at a hummock of grass, perhaps hoping to luck into a vole dinner, but he clearly had a purpose.

I’m referring to the fox as ‘him’ because, though I can’t be positive, I’m guessing he was a young male looking for love. He had a lean, healthy aura of adolescence, accentuated by his too long legs, and while he wasn’t in any hurry, he clearly had a purpose that had him boldly pursuing his purpose right through the farmyard in the middle of the day.

It felt like early spring, a warm, damp, breezy, thawing afternoon. The first green points of crocus leaves pushed through the melting snow and soil. Though still slanted, the sunlight fell from higher in the sky than it does in the darkest part of winter. What grass was visible remained brown and the trees remained barren, but it was impossible not to imagine them quickening.

But it’s still February. That night and into the next day the temperature dropped, and with a real snow blowing through as I write this there is no mistaking the hold winter still has on the farm. Like previous storms this winter it’s been lighter than forecast, dropping only half of the predicted foot, but that’s more than enough to dampen any signs of spring.

While out feeding the pigs I spotted a flock of juncos, gray-black except for a lighter circle on their bellies, as if each was grasped by its legs and dipped in a can of paint. They appeared to be no more perturbed by the change of weather than the rows of pigeons muttering to each other on the electric line. Still, it’s hard to believe creatures so small and light could make their living in so barren a world.

I’ve been reading the book ‘Rascal’ with my kids. It recounts a year of author Sterling North’s childhood spent raising a raccoon. It has particularly enthralled Ellis, who imagines himself to be a raccoon for a significant portion of his waking (and likely sleeping) life. I’m enjoying it too. It’s well written, and it doesn’t condescend, touching on matters of life and death with straightforward compassion.

The book’s subtitle is “A Memoir of a Better Era.” There is something undeniably idyllic about the rural, small town life, in which a boy could wander through life with a pet raccoon, fishing and gardening, playing and getting up to mischief. (One subtext of the book is that Rascal doesn’t actually need to be truly domesticated because Sterling’s life is not so different from that natural to a young raccoon.) Yet the setting is 1919. Sterling’s mother has died a few years before, his brother is fighting in the trenches of France, his father is both distant and absentminded. Over the course of two pages a pandemic flu sweeps over the town, leaving many dead.

I don’t know what the ‘better era’ of the title might be. Perhaps it’s just meant narrowly, that childhood has a carefree magic that once lost cannot be rediscovered, not completely. I watch my children tromping through the snow, rolling around, pushing it into piles, sledding down the hill, and I see creatures who effortlessly inhabit their bodies in a way I rarely do anymore.

So that is one reason to appreciate winter for however long it hangs around. Few things make me appreciate the unknowable strangeness of the wold like a new a snow, and nothing makes me feel so vigorously alive as my body warming itself against a cold north wind.