Skip to content
Home » What is Genetic Editing and is it a Problem? 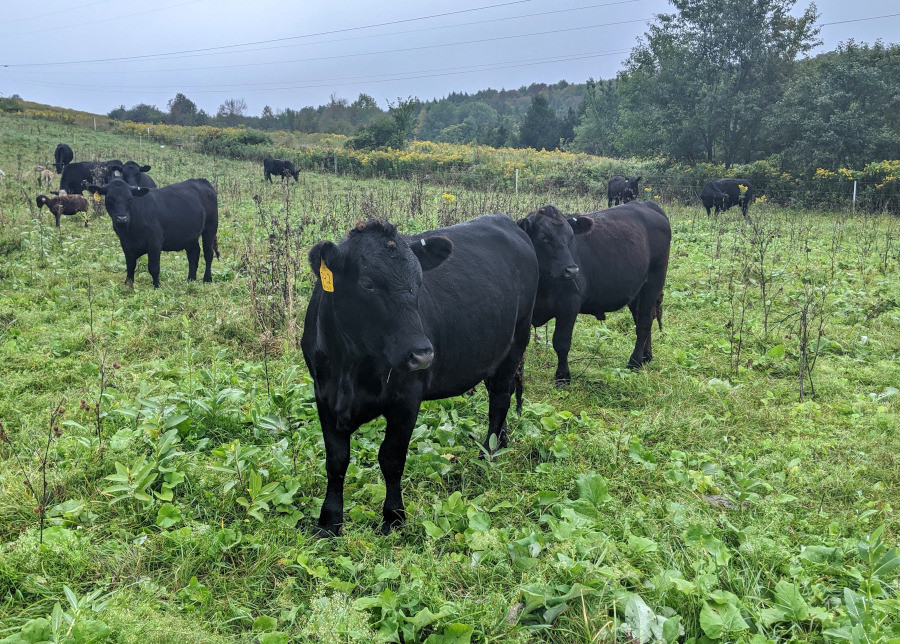 There’s been a recent advance in genetic manipulation that has big implications for livestock. The process is reasonably straightforward, but a theoretical example can help to explain it. Imagine two rams. The first, who we’ll call Lord Ramsington, comes in pretty high in the ranks of sheep, at least from a farmer’s perspective. He’s very friendly, and he sires lambs that grow exceptionally quickly, never get sick, and share his pleasant temperament. We’ll call the second ram in our example Bob. Bob is fine but he cannot stack up to Lord Ramsington. That is, until a few clever interventions are made.

First, while in embryo, Bob has a particular gene either turned off or removed. (I am not well versed enough in all this to confidently get specific.) This leaves him completely healthy but sterile. Then he is injected with sperm stem cells from a donor animal, in this case Lord Ramsington. This process restores Bob’s fertility, with an important asterisk - any offspring he sires will actually be the progeny of the donor animal; Bob becomes a surrogate by which Lord Ramsington is able to be in two places at once, genetically speaking. Imagine a dozen Bobs or a hundred, and the implications become clear. Simple multiplication would allow the advantageous traits in Lord Ramsington’s genome to be spread through the population of sheep far more rapidly than conventional breeding currently allows.

This is a good place to make an important distinction. The process I’m describing is one of genetic editing, rather than genetic modification. The difference is that all this clever alchemy with Lord Ramsington and Bob only ever involves the DNA already contained in the sheep. Unlike, say, glyphosate tolerant crops, the creation of which requires introducing genetic material from a soil bacterium into corn or cotton, the manipulation of my imaginary rams doesn’t involve snippets swiped from a wombat or an eggplant. Theoretically, any results achieved would be possible through conventional selection, albeit over a longer time frame. Another way to think about it is this. If you perform genetic analysis on corn, you will be able to tell whether or not it has been modified. If you perform genetic analysis on the offspring of Lord Ramsington and Bob, not only will both be 100% sheep, but you would be unable to tell which ram sired which lamb.

Whether the public at large comes to view genetic editing as meaningfully different from genetic modification remains to be seen. I am particularly interested in this question because of how much opposition to genetic modification focuses on health. The idea that inserting genes from a fish into a tomato might have unintended consequences, from an allergic reaction to some other unexpected impact on health, makes intuitive sense. But if all that’s happening is the rearranging of code within the existing genome of a species, it’s hard to see even a potential problem, and this is doubly so in the case at hand, when the editing is merely a vehicle to facilitate the dissemination of Lord Ramsington’s exceptional qualities, all of which have been achieved through conventional breeding.

I should note here that I have not seen good evidence that even genetically modified crops have negative health consequences. If I grew glyphosate tolerant field corn in mineral rich soil, using organic practices, my guess is that it would be nutritionally indistinguishable from field corn that was genetically identical save for the glyphosate tolerance gene. Of course, this is never what happens in reality. Corn with glyphosate tolerance is instead doused repeatedly with glyphosate, and while this too is a fraught topic, I do believe that pesticides likely have long-term negative health consequences.

Still, as I said, even if there are valid health concerns about the very act of genetic modification, it is much harder to see how they would extend to genetic editing. It’s worth repeating - there would be absolutely no way to tell apart Lord Ramsington’s natural offspring and those of Bob. If opposition to this sort of technology focuses on health, it may prove effective as activism, but I am quite bothered by the fact that it would nevertheless almost certainly be baseless.

So why do we turn to human health as the arbiter of this discussion, and is there a better framework, one that might give our thought more nuance and - if we are lucky - point to an understanding of the world with implications beyond genetic modification and editing? Tune in next week to find out.