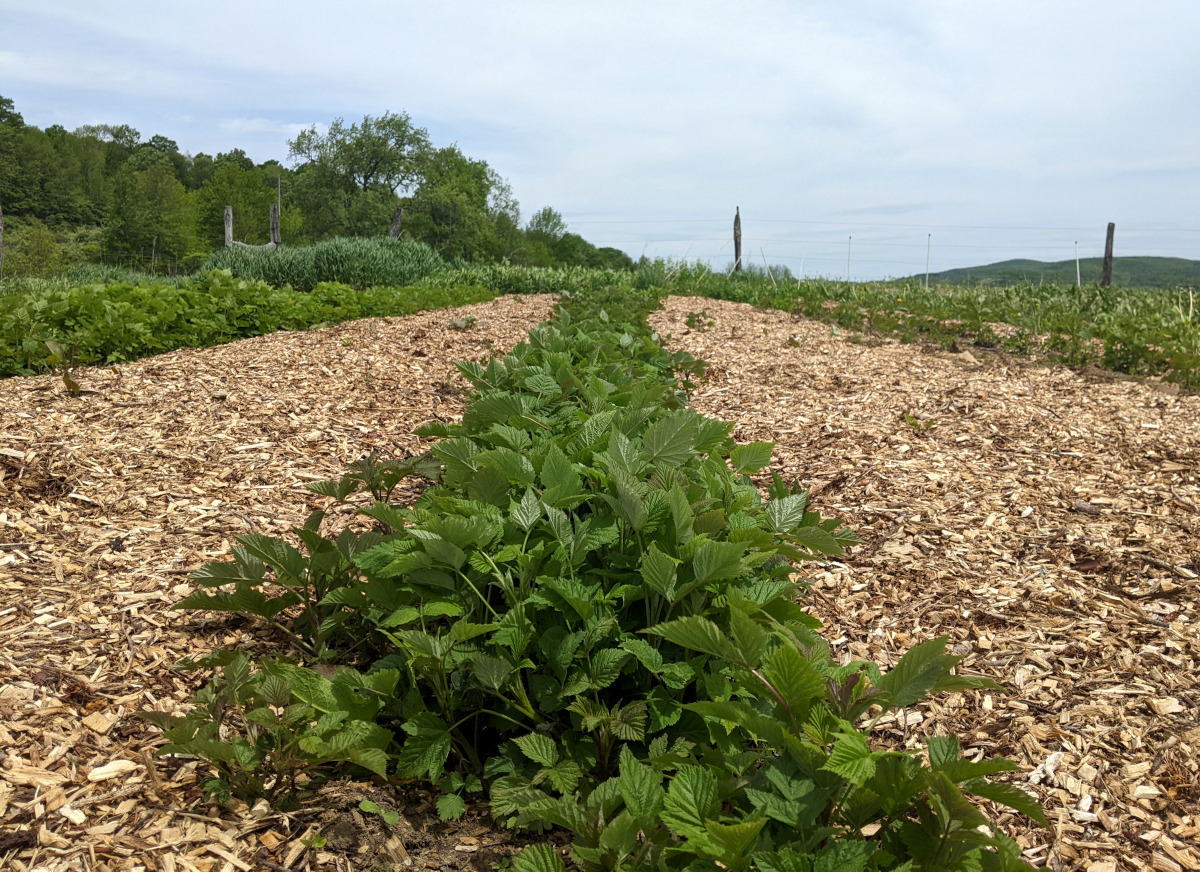 Intuitively, a vegetable garden should be an easy money saver; put some seeds in the ground, pull up a few weeds, and before you know it you have lunch growing in your backyard. While this can be the case, there are a few common mistakes that can leave you with a hefty price tag and little to show.

You’ve seen the pictures: a raised bed filled with soil the color of dark chocolate, in which a single tomato plant, two heads of lettuce, and a small stand of basil are growing. While this looks beautiful, it is also expensive to set up. You have to buy or build a raised bed, and then you need to fill it with something. I’m not against raised beds, particularly if you are space-limited, but be aware that that they cost money to get going. You should be confident you’ll use them for multiple years.

The other major, often overlooked cost is fencing. Surprisingly, fencing seems to be more of a requirement in the suburbs than in rural areas, but wherever you are groundhogs, deer and rabbits will be happy to turn your garden into their own personal salad bar. You might be able to get away without fencing – full disclosure, my garden is not fenced, though it is patrolled by a vigilant dog – but the first sign that you need one might be the overnight disappearance of all your lettuce plants.

While there’s no cheap way to make a fence, there is a wide range of prices. The best combination of price, durability (again, you should plan on getting multiple years out of a fence) and effectiveness will almost certainly be metal mesh hung on t-posts. If you’re lucky you can save a few dollars by finding these on craigslist.

There are a bunch of other things you might be tempted to spend money on, from fertilizer to irrigation. If you aren’t careful planting that cheap pack of seeds can cost several hundred dollars and many hours of work. Especially if you are just starting out, I would encourage you to just dig up a small area, add some compost if you have it, and throw in some seeds or some nursery starts. Water with the garden hose. Keep it close to the house and hope no bunnies find it. Low cost, high reward.

Hang a hammock under the maple in the backyard, but don’t even think of putting vegetables there. Veggies want full sun. Particularly if you’re in a warmer area you might be able to get some sort of crop from a shady garden, but you will be fighting an uphill battle the whole way.

Vegetables are weak. They don’t tolerate weed competition. They need regular water and good fertility. They need to be coddled. But all of this is setting them up to turn energy – sunlight – into kale or scallions or whatever you’re trying to grow. No matter how well you arrange everything else, if they don’t have access to energy because a giant, hundred-year-old oak tree is hogging it, they will struggle.

If you’re trying to actually save money by gardening, take a minute when siting it. Maximizing sun exposure doesn’t cost anything, and it can make a big difference in how well things grow. I realize that this can be severely limiting, depending on the size of your yard and the locations of trees. If you don’t have anywhere in full sun, it’s still worth trying for a garden, but lean on herbs and salad rather than tomatoes and squash.

The previous mistakes are straightforward, but this is a bit more subjective, since it inevitably also has to do with taste. The most important thing is growing foods you’ll actually eat. Still, there are some crops that will absolutely give you more bang for your buck.

Greens are the Safest Choice

If you regularly eat lettuce, kale, collards, broccoli raab, and other leafy greens, I’ve got some good news. These are easy to grow a lot of in a small space, and a salad fresh from your own garden will beat the supermarket version every time. And with each bunch of greens costing a few dollars, you can actually save quite a bit of money by growing your own from late spring into the fall.

Greens generally have a quick turn around time, and there’s a huge variety to experiment with. When planting them it’s a good idea to stagger the timing. Put a few seeds in the ground one week, then a few more the next week, and so on. You don’t want twenty mature lettuce plants all at once.

Tomatoes are Probably Worth It

I have a hard time judging this, because I’m honestly not particularly crazy about them, but other people seem to go bonkers over tomatoes. And even I can acknowledge that a fresh tomato, still warm from the sun, is worlds apart from the flavorless, pale, mealy ones that have been bred to endure the depredations of a national food chain.

As a general rule, cherry and plum tomatoes ripen more easily, particularly in a cooler climate like mine. They do need a cage or stakes for support, but a quick google search can give you plenty of ideas for cheap, clever arrangements. Tomatoes fall into two basic categories. Determinate, or bushing tomatoes, will need less support. They grow to a set height, and ripen their fruit in a fairly short period of time, then stop. Indeterminate tomatoes will keep growing as long as conditions allow, and they will keep setting and ripening fruit until they run out of space or sunlight.

Every year I grow enough storage onions to last from late summer all the way through the following spring. I also have a large root cellar, which gets filled with carrots, potatoes, and beets. Just before the first frost my windowsills become crowded with winter squash. These all taste great, and I enjoy growing them, but they aren’t the best economic choices. They might save me a little if I stuck to squash and onions, both of which don’t need dedicated storage, but I could buy a lifetime of potatoes for the cost of the excavator I had to rent when building the root cellar.

These crops also take quite a bit more room to grow. The same area that will give you a few pounds of carrots will grow a whole lot of kale. A single winter squash plant will cover your entire yard if you let it.

These crops are grown on such scale, with such a high level of mechanization, and they store so well that even the organic versions bought at my local health food store are pretty cheap. I find it interesting that these, the only foods on my list that contain a significant concentration of calories, are also the least worthwhile to grow. It’s the more discretionary produce, like salad and tomatoes, that can actually save some money.

Other Odds and Ends

Melons are great if you have room, as is sweet corn. (Give it plenty of fertility!) Raspberries take a couple years to come into their own, but they require little maintenance once established. Theoretically, asparagus has a lot going for it, but my patch has always struggled. Herbs are great, particularly basil.

At the outset I cautioned against spending too much money getting set up. One tool I find more than worth the investment is Agribon or a similar floating row cover. This incredibly thin fabric rests over a growing crop, allowing both water and sunlight to pass through while acting as a first line of defense against both insects and wildlife. If flea beetles are a problem, as they are in my garden, it is indispensable.

The quality of the seeds is vital. I have had more consistent success with Johnny’s (which also sells row covers and other useful tools) than with any other company I’ve tried. It saddens me to think of new gardeners assuming that failures are their fault when old, poorly grown seeds are the problem.

It’s better to grow a smaller area and to keep it better maintained than a larger area that is constantly in a pitched fight with encroaching weeds. This is obvious, but I’m writing it here in the hopes that I’ll manage to remember it one of these years.

Let me know your thoughts and questions if you have any!