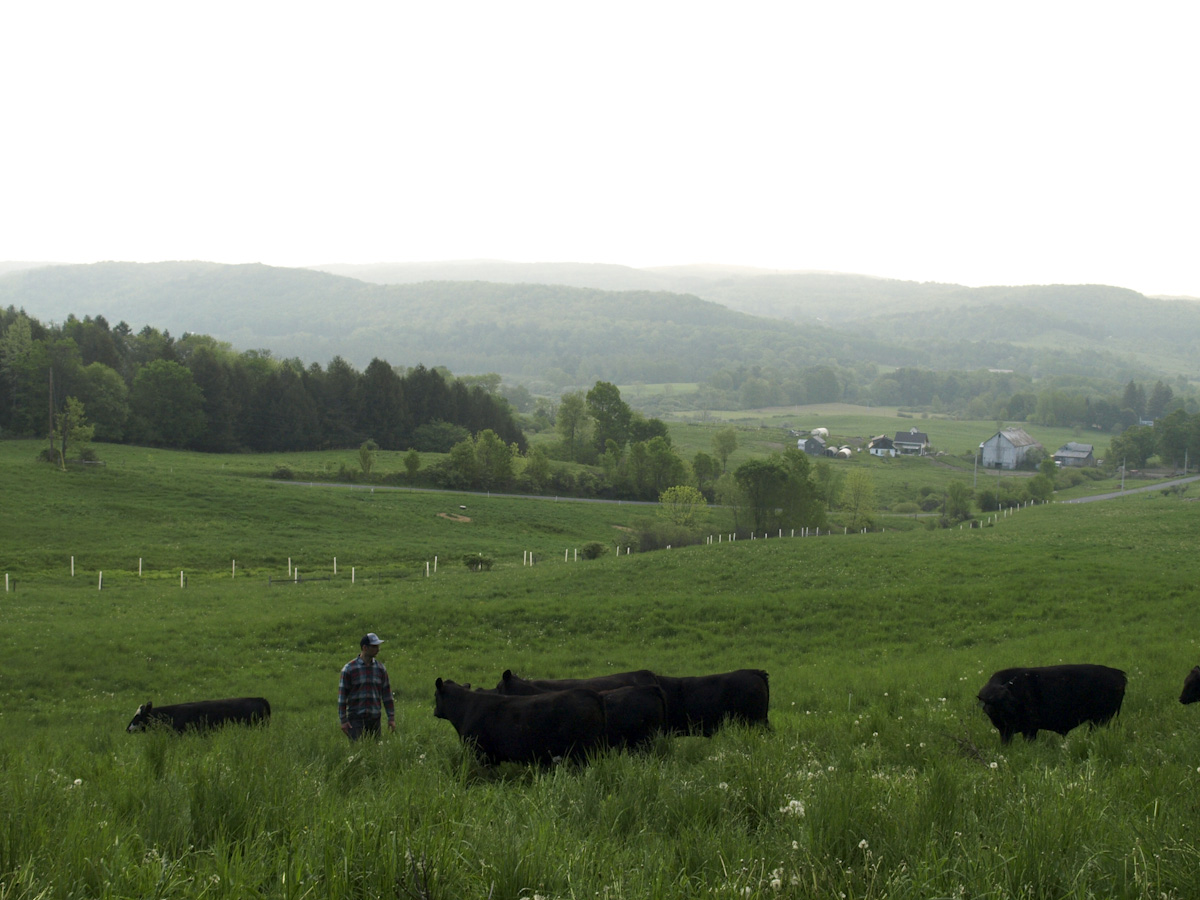 An ambitious new project has been launched over at Canary Media. Every month, Journalist Michael Grunwald will be examining the relationship between food and climate. While this is not exactly a neglected topic, the mainstream press rarely brings the level of nuance necessary to actually inform readers about the realities of balancing environmental concerns with those of producing food. Too often coverage lapses into a simplistic portrayal oriented toward one extreme or the other: either the claim that increasingly industrialized agriculture is the only viable path to feeding a growing global population or, conversely, that transitioning to organic, pasture based farming could solve all the world ills.

Compared to this baseline, Grunweld’s first installment looks promising. I’m particularly heartened by his front and center placement of land use. In short, a big chunk of the emissions ascribable to agriculture come from converting more or less pristine environments – most famously the amazon rainforest – into farmland. This process releases huge amounts of carbon stored in the biomass of the forest, replacing it with a denuded landscape much less capable of storing carbon.

Because this is a complicated topic, it often gets glossed over in discussions of how food production shapes the physical world, but addressing it is critical to solving the sorts of problems Grunwald aims to tackle in this series. This is what I mean: one interesting trend I noticed while doing a deep dive into how many cows there are in the world is that herds have been close to stable or even declined throughout Europe and much of North America. Almost all growth in cow numbers has been in developing countries, which also have many of the most vulnerable ecosystems.

One counterintuitive approach would be to actually increase domestic beef production. I can’t speak to Europe, but there is lots of historic farmland in the northeast of America that could be used to raise cows that is currently idle. Answering the tangle of problems that would arise from incentivizing beef production here while diminishing it elsewhere, most pressingly how to assist developing economies while limiting their cattle numbers, is far beyond the scope of my knowledge. But it is the sort of partial solution we should take a look at.

There’s one other land use thing I feel compelled to mention in response to Grunwald’s obligatory exhortation to reduce meat consumption. Even though I’m a beef farmer, I’m fine with it on the individual level. The food system is broken, and I encourage people to think about the more and less harmful choices that are available to them. But this should not, I believe, ever be positioned as a viable strategy for preserving the amazon for two simple reasons.

First, it is exceedingly unlikely that the global demand for meat can be meaningfully altered by shaping consumer sentiment. Second, even if it could, there’s no reason to suggest that stabilizing at current levels of meat consumption would solve the problem. If the land wasn’t used for cows, it could well be put to some other commercial purpose, just as an unconscionable amount of American corn is made into ethanol. In my view, the only thing that has a chance of preserving land is doing it directly. The existence of the amazon is a massive net positive for humanity, so we should collectively put resources into safeguarding it. (Once again, I am happy to admit I have no idea how best to implement this idea. But it has a better shot at working than asking people to eat less meat.)

As long as I’m offering advice, I’ll add that I hope future installments treat the claims of lab grown meat companies and other would-be ag disruptors with due skepticism. I admit to being biased on the subject, but I’m increasingly convinced that for the foreseeable future farming physical land will be the overwhelming source of the food we eat.

There’s lots more I haven’t mentioned, from food waste to the balance of nutrition and efficiency to regenerative agriculture (where, again, I am hoping for appropriate skepticism). I’m sure I’ll continue to have disagreements with various claims or framings, but for the most part I am happy to see someone taking on such a massive topic. I’ll be reading, and if you find this stuff interesting you should too.