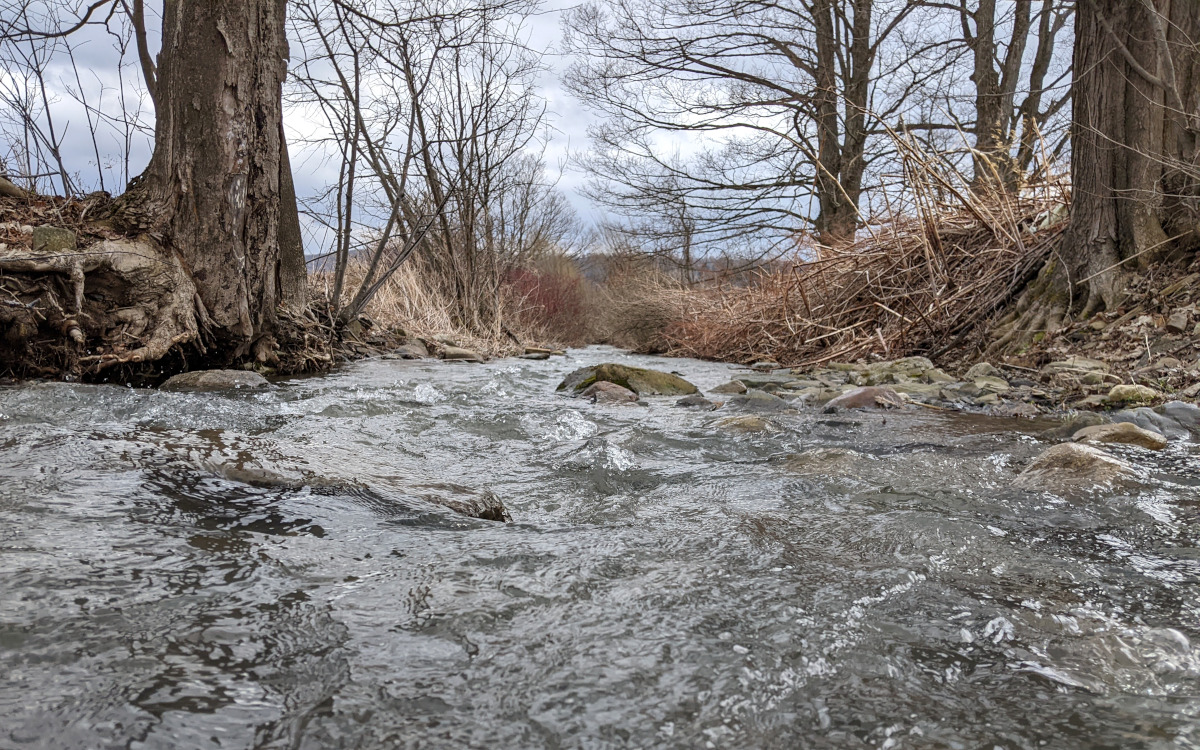 Two days ago, just as the light began to go, I saw a small form loping along the creek that runs through the middle of the farm. I only caught a glimpse before it vanished behind a stream bank, but the distinctive arched back and serpentine body identified it as some sort of weasel, and the size said it was probably a mink. When I told my kids about it my daughter said that she’d seen one swimming in the stream a few days ago.

A couple years back in almost exactly the same place I saw a large fisher cat heading purposefully downstream, and twice in the spring I’ve seen kingfishers flying back and forth, looking for a suitable place to excavate a nesting hole, though as far as I’ve seen they’ve never settled on my property. Throughout the summer blue herons stalk its length in search of frogs and minnows, and once four green herons spent an afternoon perched on the electric line above the stream. In the spring trout will travel up it from the larger Wharton creek, only to get caught stuck in a pool as the water slows beneath the heat of summer.

A previous owner of the farm straightened the creek where it passes near the farmyard, forcing it into a channel that runs exactly parallel to the road. As a result it has eroded a deep gully in this section. Though I wish this hadn’t happened – despite the hundreds of willows Ed has propagated along the banks, chunks of the farm continue to wash away in heavy floods – I do wonder if it makes all the small creatures that use the stream as a pathway feel safer in their travels, moving mostly hidden from view in this small channel.

Even a small stream is the center of the ecosystem in which it exists. Besides being a natural conduit connecting woods and fields, it provides habitat for a unique range of creatures, not just fish, insects, crustaceans, and amphibians, but also those species that rely on them for food, like the mink I saw.