Skip to content
Home » The Brief and Beautiful Lives of Dogs 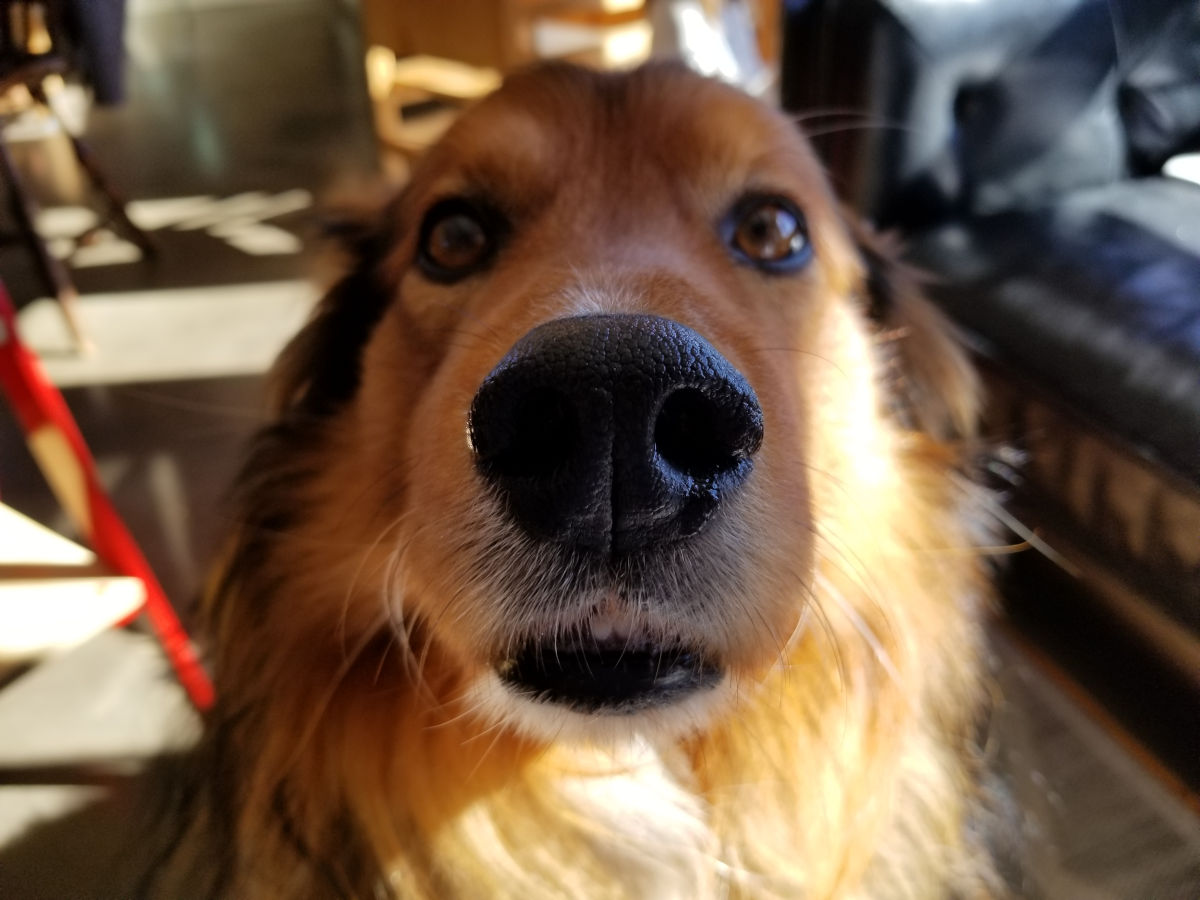 One wonderful thing about my dog Oban is that he didn’t notice that I forgot his seventh birthday last month. Of course, he forgot it too, and passed the day like any other, lying in front of the wood stove when he wasn’t out playing in the snow. Like every dog I’ve known, Oban’s present-mindedness is particularly endearing; he engages with the world just as he finds it, unencumbered by thoughts of past or present. But as he enters the heart of middle-age, this quality has begun to strike me as poignant.

When I first got Oban he had the energy of three puppies. Now that he’s middle aged he has the energy of just one, at least when the occasion calls for it. He will still sprint in tight circles around me when I take him outside, and he spends at least an hour each day energetically but gently tousling with my daughter’s new kitten. But he no longer vibrates with energy every waking moment. I don’t think he sleeps more hours than he used to, but he now spends hours every day just lying about in meditative contentment.

Oban loves being around kids. I write as if I know what it’s like to be a dog, which, of course I don’t with any certainty, yet I am strangely confident that I do have a sense of what he is really feeling. So I repeat, Oban loves being around the kids. I don’t know what he would actually do if a real emergency arose, but I nevertheless take comfort in watching him dutifully follow them around as they explore the farm. Sledding on the last reliable snow of the winter has lately been an activity, and he will sit and observe all afternoon in what I imagine to be a state of benignly paternal guardianship.

This gets me back to where I started. If it’s what he feels should be done - watching over children, looking out the front door window, or just following me around - he’s happy to do it for five minutes or three hours. He does not anxiously worry about all the things he could be doing if he was not chewing on a stick pilfered from the firewood stack, and he does not worry about the mess a chewed up stick will make on the kitchen floor. He does not look back fondly on being a young dog or look forward with trepidation to being an old one.

There’s an undeniable grace in the immediacy of Oban’s life, precisely because it is so different from my own. While the broader world continues to pass through a period of upheaval beyond any that has occurred in my lifetime, Oban obliviously lives on in the moment. There is an obvious lesson here. For all my knowledge and all my ruminations about the significant events that seem to be occurring on a daily basis, my ability to directly influence them remains between negligible and non-existent. This being the case, how much attention do they deserve?

But for all the sadness a broader perspective brings, it also grants a humbling perspective, which can in turn be fertile ground for gratitude. Oban had a terrible health emergency a couple months ago, the first serious issue of his life. Thankfully, he fully recovered, and he is still as fast and athletic as ever when he gets going. But soon, I know, he will begin to slow down. For how many more winters will he want to spend hours outside in the blistering cold? For how many more summers will he trot ahead of me on walks up the big hill?

I try to remember this when he insistently noses under the book I’m reading in search of a scratch or when he has found something particularly smelly to roll in. The seasons of his life pass so quickly, even if he doesn’t know it. Still, he is here now, and now is what we share.