Skip to content
Home » The Bernie Madoff of Beef 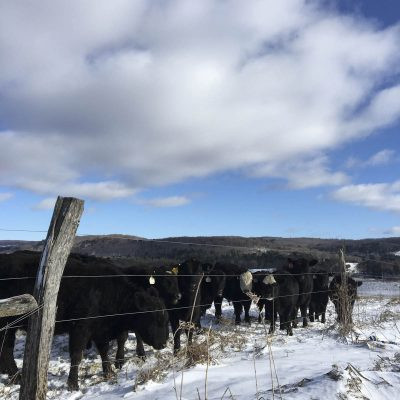 An early but strong contender for the craziest ag story of the year comes from Washington state, where Easterday ranch has been accused of inventing 200,000 cows out of thin air and billing Mega-packer Tyson for them. It’s now in the process of coming apart, with bankruptcy, shady land sales, and a whole lot of other stuff that reflects poorly on the state of American agriculture.

It’s important to understand that, despite the name, Easterday Ranches is not a handful of bucolic family spreads with cows mosying across verdant fields. It is actually a huge feedlot operator. Feedlots typically purchase weaned calves from smaller cow-calf farms and ranches, put them in a pen and feed them out until they roughly double in weight, then deliver them to the slaughterhouse.

Rather than getting paid for the delivery of market-weight cattle, Easterday had a contract that allowed it to bill Tyson for the purchase and feeding of calves that were meant for the Tyson slaughterhouse. At some point Easterday started adding phantom cows to their invoices, which Tyson paid for years, until an internal review caught the discrepancy between cows paid for and cows delivered.

The reason for the fraud was $200,000,000 in losses that owner Cody Easterday had accrued trading commodities, though I am not clear if this was one massive loss that he was trying to catch up with over the course of several years, or if it was a series of ongoing smaller losses.

Regardless, Tyson is now suing Easterday for $225,000,000, which has forced not just Easterday Ranches but also Easterday Farms - a roughly 18,000 acre onion and potato operation - into bankruptcy. But before doing that, Easterday sold a huge feedlot and 1,600 acres of adjacent land to a Tyson competitor.

It’s a riveting story for any number of reasons, and I find myself unable to look away from it. But the main idea I keep returning to is the sheer scale. According to Tyson, Easterday still has 54,000 cattle on its lots, a number I can’t envision. There’s a mega dairy not far from me that milks three or four thousand, and it is absolutely immense, a group of huge barns floating in the middle of a giant corn field. I try to picture something more than ten times bigger than that, and I simply can’t do it. I’m even less able to imagine 18,000 acres of irrigated cropland, or the potato barns needed to store their produce, or the machinery needed to work them.

This article argues, persuasively in my opinion, that a modern economy must have a highly productive agricultural sector to support a robust labor force. But there must be some point at which the miniscule gains in efficiency are not worth the tradeoffs. In America, where farmers make up about 2% of the workforce and where a family farm can be as big as a small county, there must be room to think about more than maximizing production.

Note: Rather than linking repeatedly for each fact about the Easterday saga, I am including a link to a list of stories by Anna King. She is doing a comprehensive job of covering the story as it develops. You can see an up to date list of her articles here.