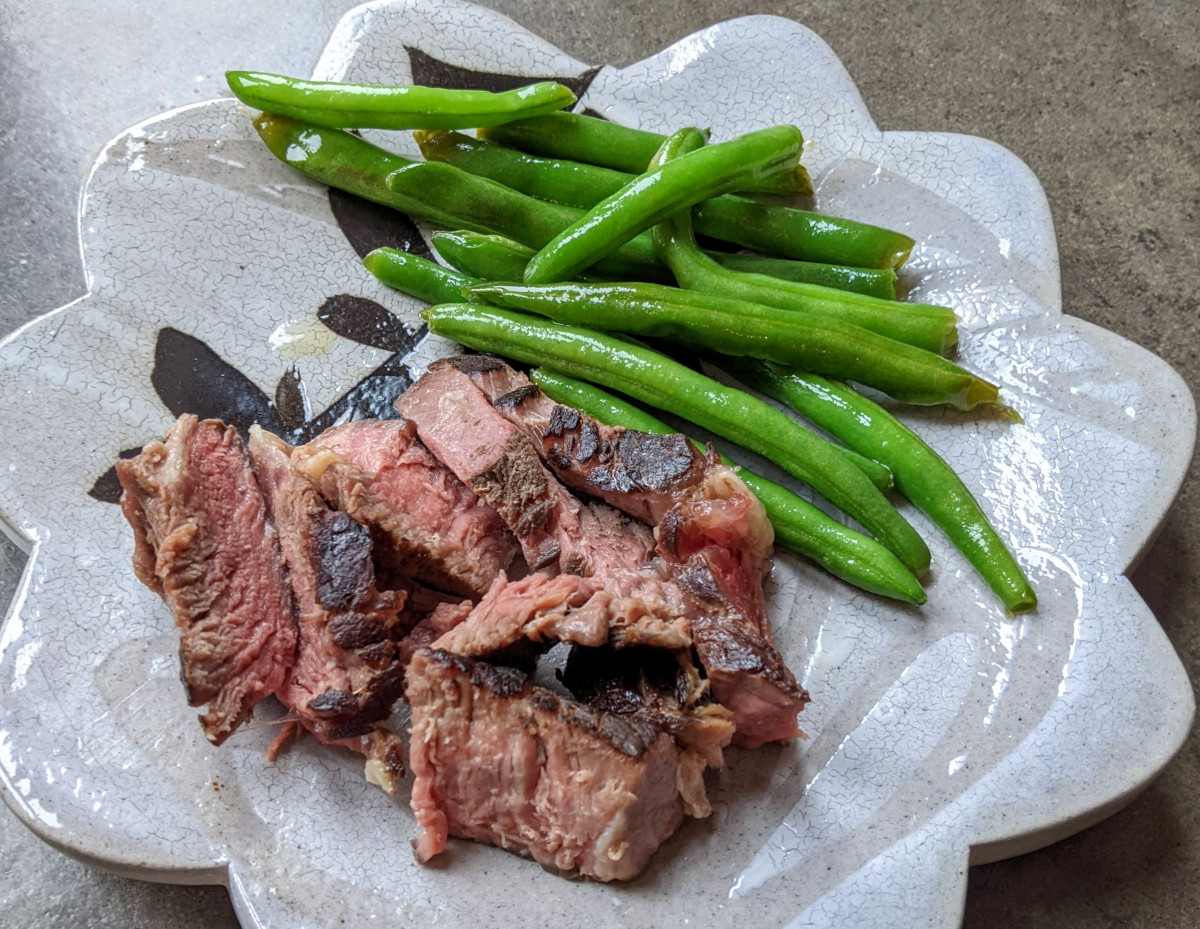 On paper it sounds perfect. The chuck is one of the most flavorful cuts of beef out there, which is why it makes such great pot roast or stew. But while a few parts of it are tender enough to eat as steaks, most notably the chuck eye, as a whole it is too tough to cook rare. Unless, that is, you use a sous vide, which allows such a lengthy yet gentle cooking that you can have tender chuck cooked medium rare, a sort of perfect steak with superior taste and immaculate texture.

At least, that’s the story you’ll find on a bunch of sous vide recipes. The truth is a bit more complicated, but it is ultimately delicious enough to be worth pursuing. Let’s talk through the issues one at a time.

There is no defined size at which a chuck steak becomes a chuck roast, and our butcher seems to use them interchangeably. Still, roast is usually my preferred terminology, since certain roasts are braised or stewed as a rule, while steaks should never be. Here, however, I’m referring to it as a steak, since it’s the one case where it’s cooked on the rare side

Whatever it’s called, a chuck steak is a combination of several different muscles, connective tissue, and bone. Described like this, it’s easy to see why slow cooking works so well for it. In a dutch oven or crock pot the various components combine to make a delicious sauce or stock even as the meat tenderizes. And the meat itself has such great flavor that it remains delicious even after extended braising.

The super power of sous vide cooking is precision. A sous vide can hold a temperature within a degree for as long as you care to leave it plugged, which allows for preparations that simply aren’t possible with any other cooking tool. Since meat will tenderize, albeit slowly, at any temperature over 130, a sous vide can cook rare without overcooking for hours, or even days, rather than minutes.

So the theory is that you can take a chuck roast or other tough but extremely flavorful cut, cook it until tender at a low enough temperature that it stays rare and you basically have the perfect steak.

A dose of reality

The bad news is that a chuck steak (or roast) prepared this way will not make you think you’re eating steak. Both the flavor and texture are distinctly different. Yes, it’s reminiscent of steak, but it’s actually closer to pot roast, though you would never mistake it for either.

I think this is because the same slow heat that is gently dissolving tough connective tissue is working on all the meat, which means the protein is undergoing many, though not all, of the same changes that would take place if it stewed for fewer hours at a higher temperature, say, in a slow cooker.

The good news is that even if it isn’t steak it is absolutely delicious. In fact, I’m more excited than I would be if it just taste like ribeye. It’s pretty cool that a relatively novel cooking method like sous vide can produce an effect that cannot be achieve any other way. I highly recommend you give it a try.

For my part, I look forward to experimenting with other, similar cuts. 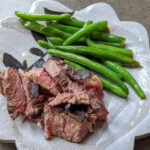 •I find 135° to be the best balance of flavor, juiciness, and texture, but the result is definitely on the medium side of medium rare. I’d try 132 for 36 hours if you want to go rare. •One downside of this approach is that it doesn’t really use the bone or the thick bands of connective tissue found in a chuck roast. After trimming out all the meat toss these in a pot with some aromatics and any liquid that was released during the sous vide process and simmer for a few hours. The result will be a fantastic stock.