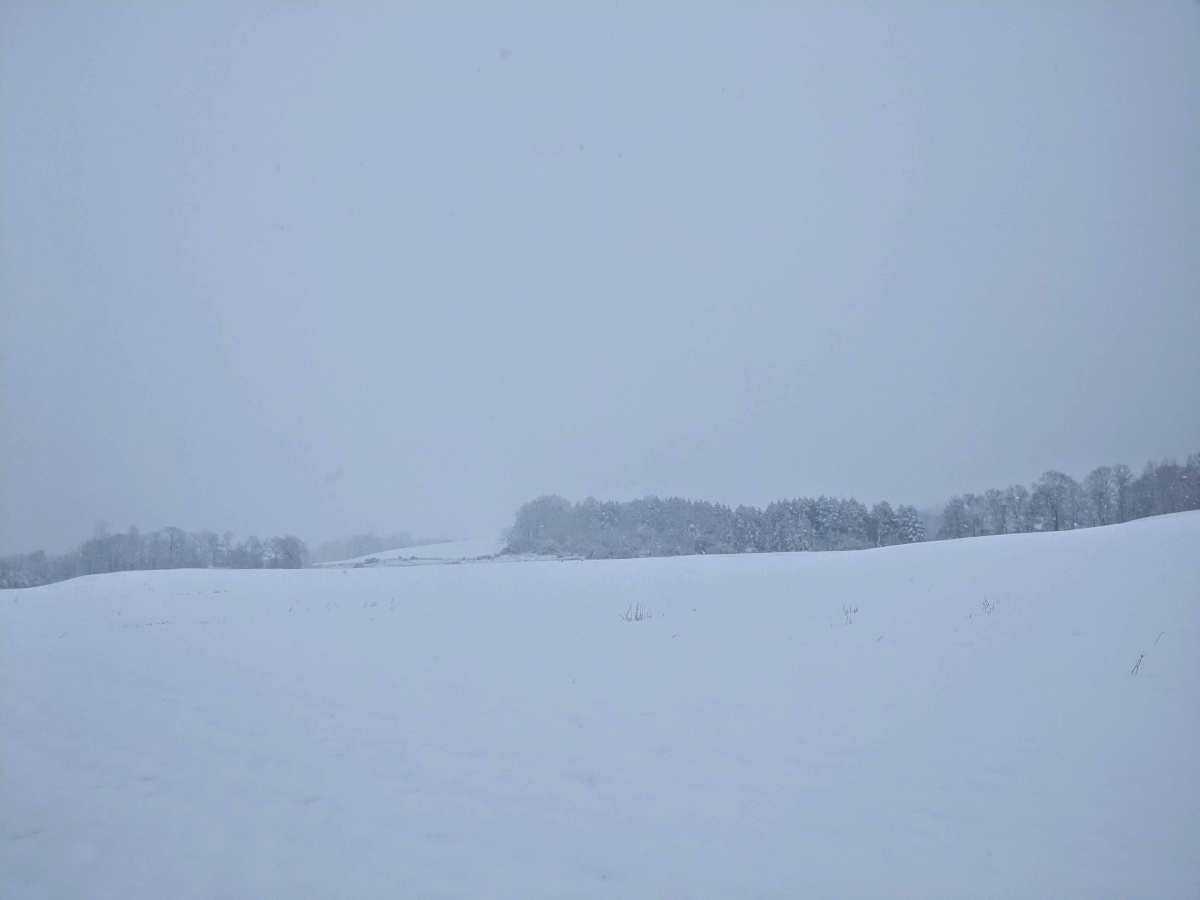 “Travel may be very difficult or impossible,” the bulletin said as a gray front of clouds rolled in, with as much as 16” of snow in the forecast. By the following morning, the roads being at least theoretically clear, the “or impossible” had been removed, but nevertheless the occasional town plow truck was the only vehicle out, everyone having planned on staying home.

A snow day in snow country is the best sort of unplanned holiday. Even a heavy storm is not a disaster, people and municipalities generally being prepared with food and shovels and hot chocolate and all the other necessaries. Everything just shuts down, because there’s no other option, then reopens once the roads are clear.

Of course, the kids particularly love it when school gets canceled. Watching them out the window, where they run back and forth and throw snowballs at each other, the dog circling around them, I am reminded of my own childhood in Pennsylvania, and the singularly delicious flavor of unexpected freedom. Of course the weekend is great, but having the weather dictate a general amnesty is far better.

I still like sledding and snowmen well enough, but these days my appreciation is as much aesthetic, the way the falling snow dissolves the landscape into a sort of white indeterminacy at a distance while softening the familiar lines of forest and field, the way the sound of voices or engines is muffled, as if the whole world has been tucked under a heavy blanket.

There will be a pleasant afternoon of quiet, but likely by tomorrow everything will be moving again, the snow relegated to the sides of roads once more busy with traffic.