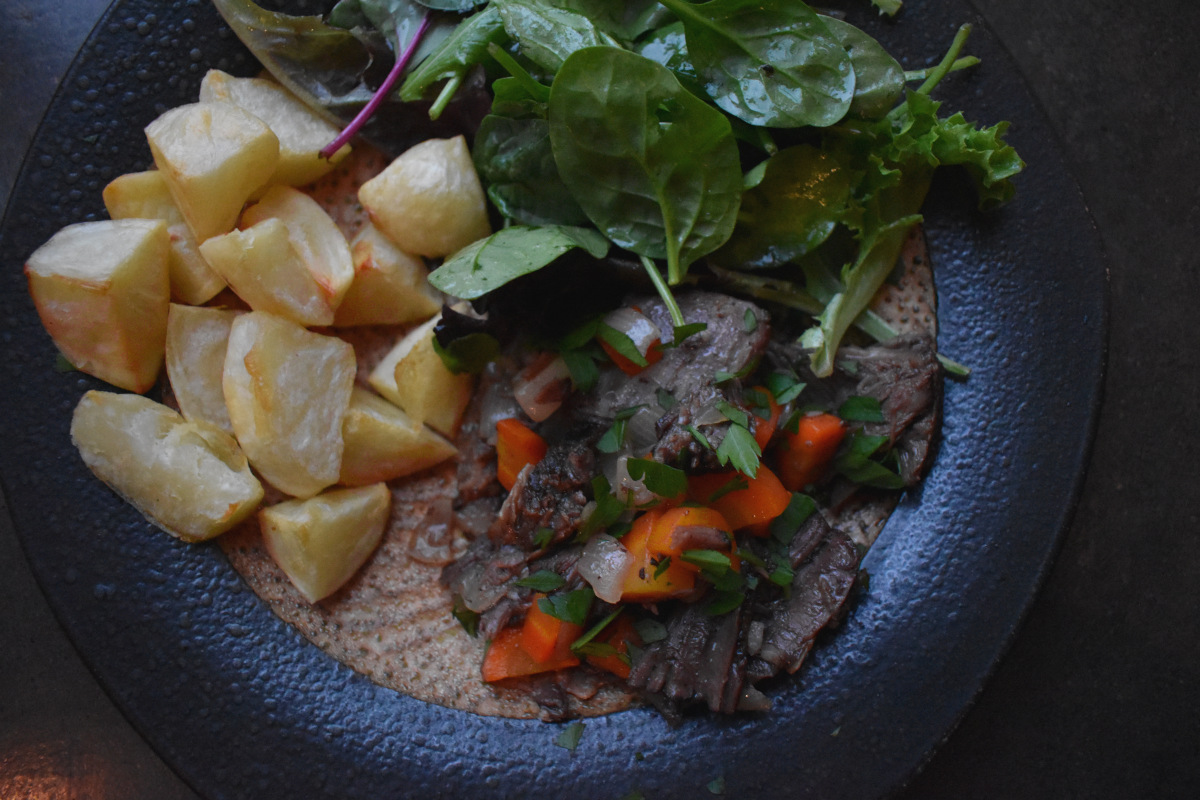 Grass fed beef short ribs are among the most flavorful cuts of beef. They contain quite a bit of bone and collagen, which means getting the most out of them requires long, slow cooking. This preparation intensifies flavors. In the course of cooking the broth becomes a delicious sauce, balanced by the complexity and mild acidity of red wine. With tender chunks of carrot and onion it resembles a beef stew concentrated to its essence.

A Recipe Without Shortcuts

While I mainly focus on developing quick recipes suitable for a weeknight, I don’t ever want to compromise on the quality of the finished dish. With something like beef short ribs, similar to baby back ribs, there is simply no substitute for time. While a slow cooker or instapot could be used for the actual cooking, I believe roasting in a dutch oven results in a deeper flavor. There are other finicky parts, like separating the short rib meat from the bones and chilling the sauce.

But much of this can be done ahead of time, and most of the cooking is passive, waiting for the ribs to slow roast. Once the meat is cooked and separated and the sauce is prepared, the dish comes together quickly. So it could be mostly prepared on a weekend and quickly finished at dinnertime.

The Result is Worth the Effort

Maybe you don’t want to put this much time into cooking every day, but it’s very much doing on occasion. As the weather cools this sort of dish naturally becomes more appealing, and having the oven on all afternoon changes from a liability to a benefit. Served with crispy potato wedges and a simple greens salad, slow roasted short ribs are hard to beat. 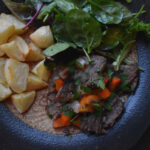 •Use a light to medium bodied red wine, such as pinot noir or Beaujolais. It does not need to be exceptional, but it should be drinkable. Avoid merlot, cabernet, and their ilk. •While it’s possible to use a slow cooker in place of the dutch oven, you’ll need to use another pot as well, with all the browning and sautéing involved. Better to just use one dish throughout. •The meat can be cooked a day or two ahead, at which point adding it to the cooked carrot an onion and simmering it with the broth goes quite quickly.