Skip to content
Home » Slow Roast Pork Eye of Round 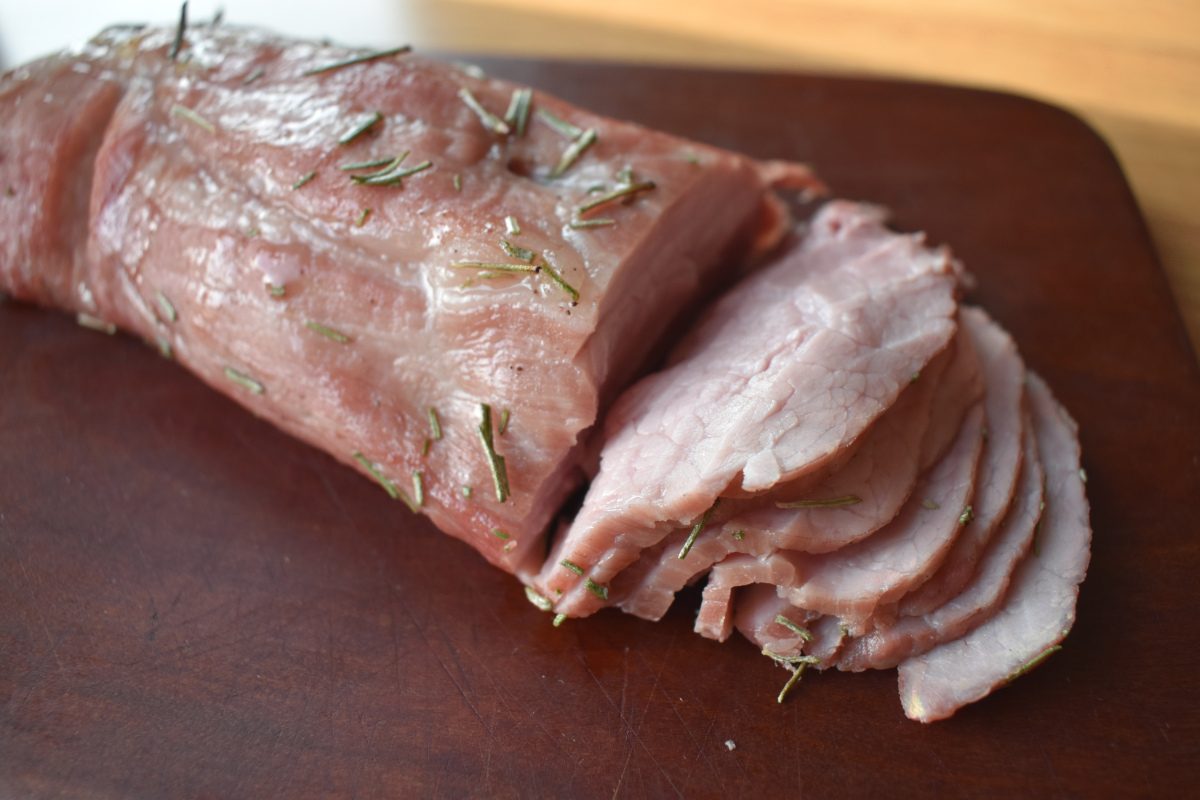 Slow Roast Pork Eye of Round

Pork eye of round is similar to beef eye of round. It is a single muscle, quite lean, and tender enough to make a delicious roast. But because pigs are smaller than cows, pork eye of round is a very petite cut. A single roast makes a great dinner for two. In fact, it’s quite similar to pork tenderloin and can be substituted for it in most recipes.

The non-negotiable technique for perfect pork eye of round

If you’ve read many of my recipes you’re likely bored of me blathering on endlessly about how important a good digital thermometer is. Too bad. I’m heading back to the well for a long, long drink.

The reason, I think, many people don’t appreciate pork is that they cook it so far past any reasonable point that, no matter the initial quality, it ends up with the texture of cardboard. Even the USDA recommends 145 as a safe temperature for pork other than ground pork and sausage, and the USDA is insanely conservative when it comes to safe temperatures. (They seem to think the average home cook has marginally less common sense than my dog.) Yet most pork chops I encounter are halfway to being jerky.

With a cut like eye of round, which is very lean even when it comes from a heritage, pastured pig, precise temperature control is critical. Cook one to 145 and it will be wondrous. Cook it to 150 and it will be very good. You’ll probably enjoy it at 155. At 160 you better keep a glass of water handy. At 165 you’d do well to start over. Unless you’ve cooked restaurant kitchen quantities of meat, you will not be able to guesstimate these with any accuracy.

So buy this thermometer. It will make all your roasting about a million times less stressful, and it will also let you confidently take on reverse sear pork chops or even a monster steak. Don’t use a bimetal thermometer you bought in at a garage sale five years ago. Cook your pork roasts, chops and steaks to a finished internal temperature of 145, which means removing them from heat early, usually when they reach 140 or so.

Seriously, getting the temperature right will take you 90% of the way there. In this recipe I call for letting the roast sit for a couple hours after seasoning it with salt, honey, and rosemary, and it will be better if you do, but proper cooking is the main thing.

Serve this with whatever you like. As I said at the outset, a nice thing about pork eye of round roasts is that they are small enough to be a dinner for two. But after cooking one you might come to think, as I do, that this is actually quite unfortunate, since a roast prepared according to this recipe is perhaps even better out of the fridge the next day as it is fresh out of the oven. 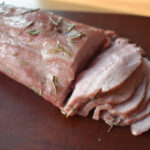 Slow Roast Pork Eye of Round