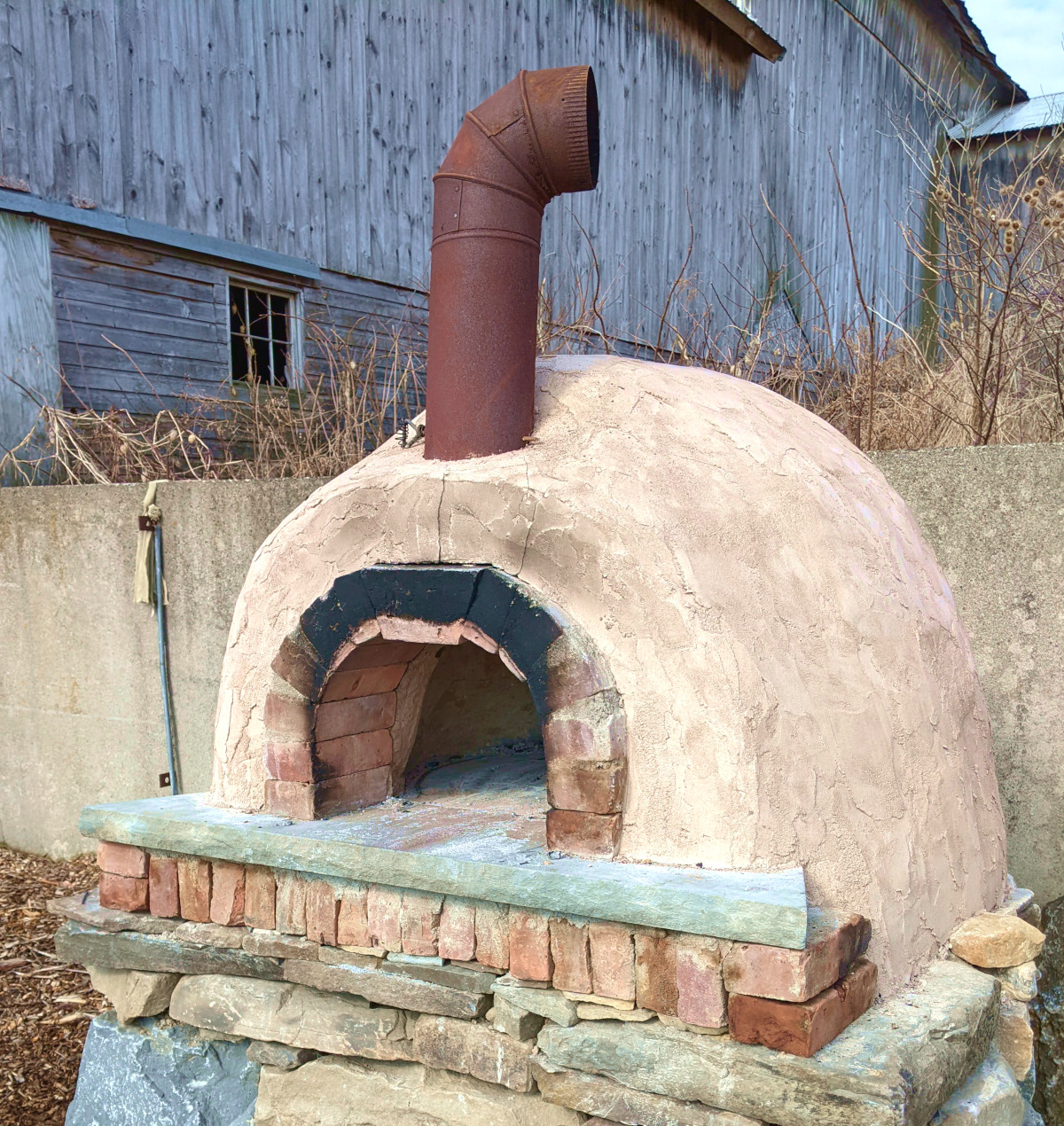 Yesterday we celebrated my son Ellis’s birthday. Because it happened to be a perfect day, we decided to fire up the bread oven. It’s an impressive creation, with a dry stacked stone foundation and a firebrick hearth. The oven itself consists of a clay and sand core, topped by a layer of insulation and sealed with lime plaster. It has no moving parts, no thermometer, and a wooden door that has a habit of smoldering if left in place too long without a good soak in a bucket of water.

Heating it consists of making a fire in the middle of the hearth, putting the pre-soaked door in place, then letting it go for a couple hours, at which point the entire mass has become saturated with heat. Once the fire’s burned down, the coals get pushed to the back and the exposed hearth is mopped, at which point baking can finally commence. Compared with just turning on a kitchen stove it’s quite an involved process.

By contrast, after all the lengthy prep time, cooking is almost instant. The heat coming from below, from the fire still smoldering in the back, and radiating from the walls themselves, create a blistering environment. You can see the the dough baking in real time.

So far I’ve only ever cooked pizza and flatbread. These are the easiest – by the time the outside is done, so is the inside – and the results are the most satisfyingly different from what can be achieved in a regular oven, with a super crispy crust that has just started to char from the intensity of the heat. But I’m also a bit nervous to bake a full loaf, since that would require letting the oven cool enough that the outside wouldn’t burn by the time it was cooked through.

I meant to take a few pictures of the actual baking process, but in the bustle of managing rounds of flatbread going in and out and talking with friends I completely forgot. Maybe I’ll do an update later this summer, and maybe I’ll even try my hand at a baguette.