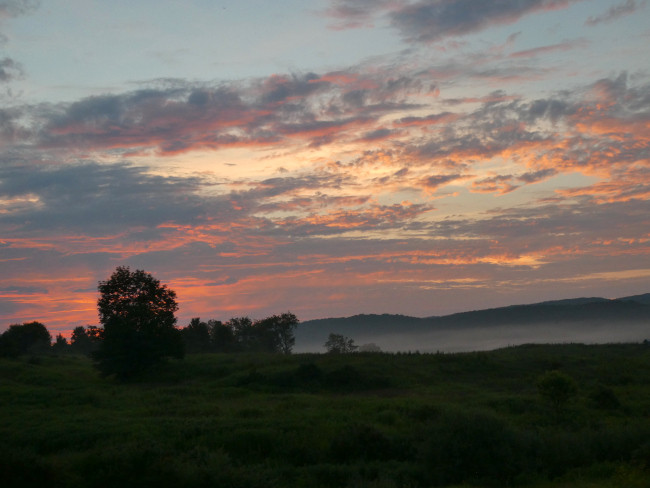 There’s a narrative popular with both the high priests of alternative agriculture and with much of the local food loving public that regulations exist to make life hard for small farms. The idea is that Monsanto, Conagra, ADM, and all the other big agribusiness interests have coopted government oversight and made its primary purpose the elimination of competition. While this is true to an extent, I’m not convinced it’s particularly significant.

Regulations, especially those dealing with food safety, are not arranged with the little guy in mind. The requirement that every slaughterhouse, regardless of size, have extensive amenities for inspectors is a huge expense for smaller operations; the cost of building and maintaining these is much less onerous for a facility that kills thousands of cows per day than for one that kills a dozen. Rules governing dairy and its processing are byzantine, and they do not do a good job of accommodating traditional methods of production. But while such laws may not be perfect in their implementation, and while they are misguided in focusing on pathogens to the preclusion issues like contamination by pesticide residue, they are also not pointless. Food can and does make people ill, and relaxing standards in the wrong ways would come with obvious dangers.

But the more dubious claim to my mind is that doing away with regulations would cause the price of high quality, local food to plummet. It is similar to the idea that without subsidies and crop insurance grain fed beef would cost as much as grass fed. Such arguments, so far as I can tell, are rooted in wishful thinking and ideology more than an honest assessment of what drives price.

Quite simply, large farms are able to operate with incredible efficiency. They can run machinery cheaper, access longer lines of credit, and minimize the skill and the number of humans involved in every step of production. Though regulations do distort things, the market's overwhelming thrust remains producing the most calories for the lowest cost possible, and bigger operations are almost always better at this. Of course, nutritional quality, environmental concerns, animal welfare, the exploitation of workers, and the health of local communities also must give way to maximizing production. There is also not a clear line; many farms begin with the best intentions, yet end up sacrificing on one or more of these counts as they grow.

Trying to ethically produce real food comes with costs. There is a temptation to think that if the government would just get its hands off agriculture everything would be fixed, but this is manifestly not the case. On the other hand, it's also not clear to me how the government could best encourage a healthier system. And so we end up here, with transparently produced meat being far more expensive than the stuff in the supermarket, the cheap price of which is subsidized by exploitation and degradation. For many of us I think it’s easier to say that the playing field isn’t level than to make the more honest and uncomfortable argument that farming well will always cost more.

(This is also why I have a particular contempt for brands and purveyors that deploy the language of conscientious agriculture without committing to the practices that undergird it. See here and here.)