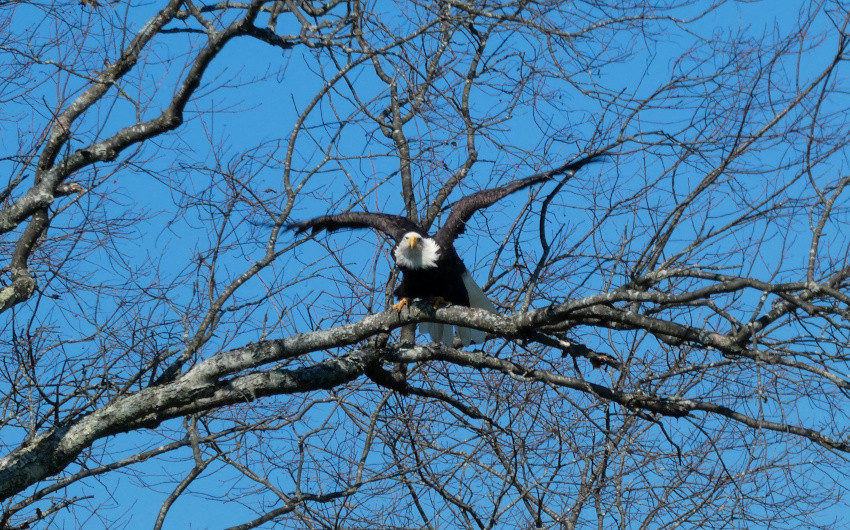 Farms are ecosystems, though it’s not particularly common to think of them as such. The great plains used to be tallgrass prairie and massive herds of buffalo, and now its covered in corn and soybeans. Both of these are communities of plants and animals, its just that the prairie supported thousands of species, while the current duoculture model aims to support just two, even if it can’t quite achieve this goal. A central principle of farming the way I do is that the borders between wild and domestic should be a lot more porous, that relationships between farmed and unfarmed land should be symbiotic rather than antagonistic, that there should be more diversity, not less. Nothing challenges this idea quite like predators.

I’ve been incredibly lucky with them. Aside from losing a few chickens to a weasel five years ago, and an ongoing skirmish with some intransigent skunks, I haven’t had many problems. Yet it’s impossible not to think about what might happen to my animals when I see a huge eagle sitting in a tree and realize how easily it could kill a young lamb, or when I hear the ghostly yipping and howling of coyotes, which have a strange way of sounding very distant and then suddenly very close.

It’s one thing to create habitat for songbirds and squirrels, but it’s quite another to provide a meal to the great horned owl who lives back in the gorge, especially since it’s unlikely to be a one time occurrence; animals aren’t stupid, and when they find an easy source of food they rarely abandon it until it’s exhausted. So one chicken dinner is likely to foretell a dozen more.

The best tool I have is electric fencing. The right kind of it is almost as good at keeping wild animals out as keeping domestic animals in. Last year there were plenty of foxes around, and I’m sure they all knew right where to find the chickens, but a good shock to the snout dissuaded them. If it became necessary I could bring in guard dogs or even a guard donkey, which work in some situations. (One idea I have is that keeping my sheep and cows together so much of the year discourages coyotes. Guard cattle?)

But as I say, I’ve been lucky, and so this remains theoretical. I want there to be plenty of room for weasels and eagles and bear and coyotes, and I even hope mountain lions will somehow return to this area to help control the deer population. With all the wild animals that share my land I aim to find an accommodation. But I also recognize that my feelings might be very different if I had a determined carnivore slowly eating its way through my herd - it’s easy to have the purest ideals when they aren’t being challenged by reality.