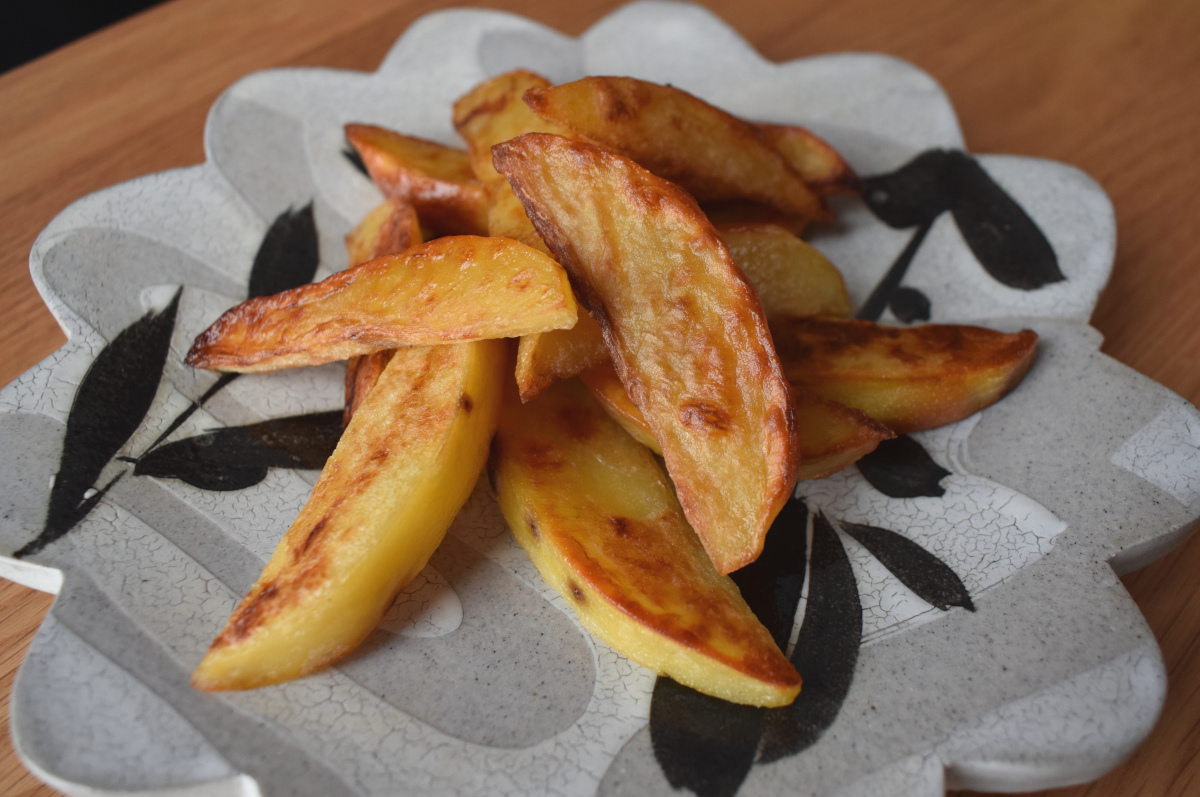 Superior fries from your own oven

Years ago I worked for a summer in the kitchen of a 200 seat tourist trap in Anchorage, Alaska. As the new guy I was relegated to the fryers, where my chief responsibility was crank out hundreds of pounds of fries every lunch, since every dish other than the salads came with them.

The french fries came in twenty-five pound bags, which were stored in the freezer. These were not just precut, but had also been partially cooked in whatever factory produced them, which made them cook extra quickly in the oil. In the restaurant this mostly made the kitchen run faster, but adopting the method to homemade fries yields superior results.

Parboil for the best texture

“Parboiling” a food simply means partially cooking it in hot water. It serves two purposes when done to potatoes. First, it ensures that they cook completely by the time they are done. Second, it draws a layer of starch to the surface of the fries, which make them crisp up faster.

Fat is not optional

At the restaurant the fryers were filled with some mysterious, partially hydrogenated concoction that arrived in 5 gallon jugs and had been engineered solely to last as long as possible without degrading. But we can do better. The very best fat for cooking potatoes is rendered lard, but if you don’t feel like making it and can’t find it for sale, duck fat, ghee, butter, or a neutral oil can substitute in a pinch.

Whatever you use, don’t skimp on it. To crisp the outside of the fries, they need to be well covered. You’ll never get oven fries as crispy as ones that have been deep fried, but using enough fat gets you as close as possible. 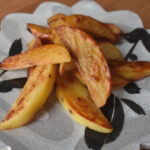 •While you can use any potatoes for this recipe, I prefer Yukon Gold or something similar. While it will work with russet potatoes if you’re careful, their incredible starchiness makes them prone to falling apart. •Boiled potatoes can turn gray in places as they cool. This will not change the flavor, but it is unsightly. The extent to which this is a problem varies hugely from one batch of potatoes to another. It doesn’t bother me, since it doesn’t change the flavor at all, but if you want to decrease the likelihood of it happening you can try substituting 1 tablespoon of plain vinegar for the baking soda  •I suggest cutting these into wedges, but you can do any shape you want. Just be warned that smaller fries will more quickly overcook during the parboil step, so be careful. If anything, err on the side of undercooking.