Skip to content
Home » How To Fight Genetic Editing 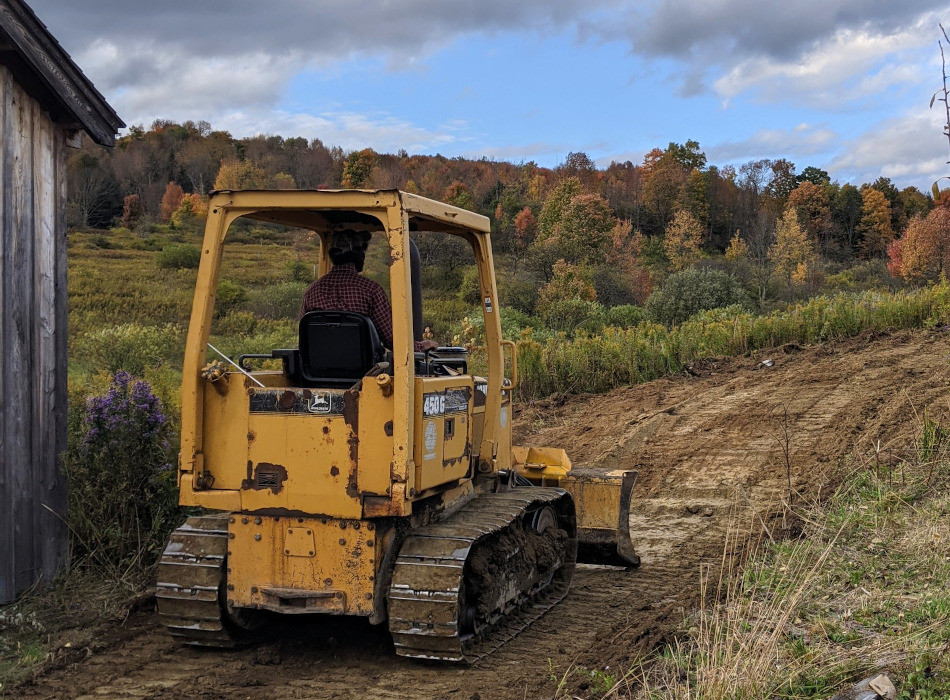 This is the third post in a series. It should stand on its own, but for the full context read here and here.

The recent history of farming cannot be separated from the recent history of advances in agricultural technology. In the narrowest sense that has always been the case. Tilling with wooden tools allows one sort of farming, tilling with draft animals allows another. A sickle bar mower pulled by oxen can cut far more in a day than a human wielding a scythe. But in the last hundred years the rate of change has been so rapid and the technologies have been so effective that they have become the single greatest determinant of the form farming in America takes.

The most obvious case is machinery. I’ve said this before, but it bears repeating - many farmers now in their eighties grew up using draft horses rather than tractors. Since their introduction tractors have been continuously growing larger and more capable. Recently they’ve also been getting more precise, with tools like GPS guidance to help optimize harvesting efficiency and real time monitoring of critical aspects of cropping like seeding depth and fertilizer application rate. Simultaneous advances in plant breeding and pesticides have increased yields dramatically. The combination of improved varieties and big, fast tractors has made raising corn and soy the cheapest way to produce calories. As a result these two plants have become the substrates from which most food is derived. Financially, this has worked to the consumer’s benefit; measured in real terms, food has gotten cheaper and cheaper.

But by most other standards the dominance of corn and soy has been a disaster. Having farming and agricultural technologies focus so single-mindedly on cheap calorie production has led to environmental degradation, including soil loss, contaminated water supplies, fertilizer runoff, and degraded air quality. Cheap grain makes factory farms more profitable. Large, expensive machines capable of working more acres have required many farms to go under while a few others grow bigger and bigger, resulting in the hollowing out of rural communities. Rates of many lifestyle related diseases, most notably diabetes, have risen sharply, which suggests the absolute cheapest food may not be the healthiest.

I write all this as important context for considering something like gene editing. I do not think gene editing is a necessary technology, and I don’t intend to use genetically edited livestock on my farm, assuming they do actually become available. (Though, as I explained in my first post on the topic, I don’t know that it will be possible to accurately track the progeny of genetically edited animals throughout the food system if they are introduced.) But my objections are not based on fear. I am open to arguments to the contrary, but I my guess is that the direct negative consequences of genetically edited livestock would be somewhere between negligible and non-existent. I cannot see how genetically edited cows and pigs would meaningfully differ from existing livestock. In many ways it would be convenient if genetic editing came with immediate and acute negative health consequences, for this is the one thing that would stop it in its tracks. But I do not believe it to be a significant health risk, and assuming I am proved correct in this belief, then basing opposition to it on such grounds would be arguing from a false position, one that will get progressively weaker as the technology spreads.

The problem with genetic editing and similar technologies is systemic. Just like a more productive varietal of corn or a tractor capable of doing a bit more work, a faster growing cow sounds like a good idea, and if the sole goal is the production of the cheapest possible food, it is a good idea. The tricky part is that each small choice like this does nothing particularly bad, and to the farmer it may well be a real positive from one year to the next. But taken together such technologies combine to increasingly demand a type of farming I described earlier, with all the negative consequences that come with it.

What’s needed, I believe, is a coherent vision of the appropriate role of technology in our agricultural system. We need a clear vision of the sort of farming we want to promote, and then we need to weigh the holistic impact of a given technology to move us closer to or further from it. So it is not just a question of choosing the corn that will yield more, it is considering the pesticides, herbicides, and machinery requirements that come with it. Will growing it profitably require more land? Which neighbor will that come from? Will it send more money out of the local community and to the agribusiness giants instead? Will it require practices that degrade the environment? Does an abundance of cheap corn support a healthy society in every sense of the word?

Viewed through this lens, the potential problems with genetic editing become clearer. First, it would further concentrate the influence of the big agribusiness players. Individual farmers aren’t going to have biotech labs in the barn, so anyone who wants the benefits of genetic editing would have to go to the big companies with the resources to do the practice. Assuming genetic editing yielded positive enough results, it would soon be economically impossible for commodity farmers to not use it. The market would, as always, reward a move to the more efficiently produced and homogeneous product.

There would be other concerns -  it would hasten the diminishment of the diversity that is essential to the long-term health of a species. Emphasizing traits related to growth would likely come with costs in terms of general health and wellbeing for each individual animal. I assume the technology will be deployed primarily to make animals raised in factory farms more productive, which would further promote them as the dominant paradigm. This last point is another reason I have a hard time getting too worked up about genetic editing, at least right now. It is overwhelmingly likely that it will be used to make pigs grow faster in factory pig farms and cows grow faster in feedlots. It will be a long time before it makes its way into the grass-fed sector, if it ever does.

To my eye the agricultural system is breaking very much along the lines I lay out above. The mainstream is rushing headlong down the path of increased production at the lowest cost possible, regardless of the technologies needed or their broader impacts. Farms like mine are trying to carve out a real alternative, which has quite a few challenges. The market does not readily reward good farming practices, and any label - organic, pastured, grass-fed, regenerative - is quickly adopted by industrial agriculture.

Still, there is a clear path forward. People care about good farming for all the reasons I’ve discussed, and there is a growing awareness of the impacts of bad agricultural practices. There is an obvious need for individual farms seeking to do a better job than the mainstream. Even if we are destined to be a small minority for the foreseeable future, farms like mine are providing an immediate good to people who care about healthy farming and real food, and they help figure out what better types of agriculture should look like.

Questions of broader reform are more difficult to answer. The farm bill and the structure of agricultural subsidies clearly have a big role in determining the form of agriculture in America. As a thought experiment I can imagine that any number of incentives and disincentives could improve things. But I don’t see any way positive changes are likely to be implemented if there isn’t some agreement about the ultimate goal. We won’t be able to build a healthy agriculture unless we have an idea what it looks like.

This point, I think, resonates with the role of technology more broadly. Next week I will close out this topic, at least for now, by discussing the way it might be beneficial to think about how to use other technologies with the same deliberation and restraint required by good farming.