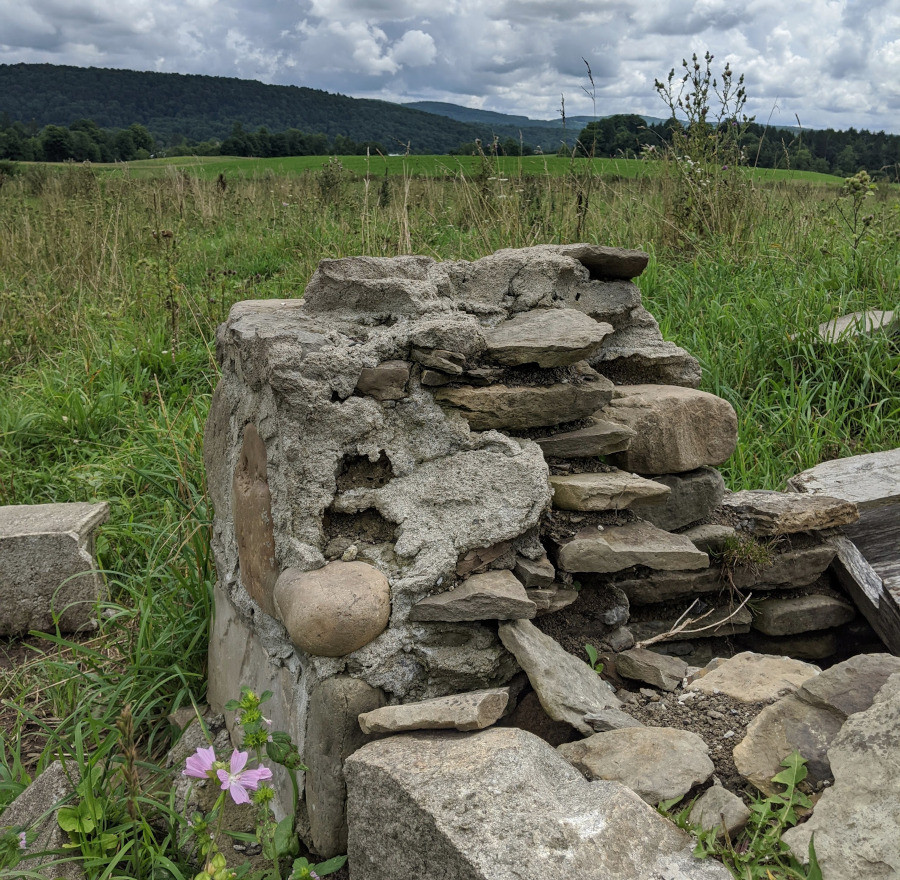 When I first moved to this farm a small cottage still stood off by itself in the pasture across the street from the dairy barn. It had been built in the 1860s, and for the next century it was lived in by the hired hand. This was a typical arrangement, with housing being one of the few perks on offer to balance out low wages and long, irregular hours. For obvious reasons most jobs these days don’t come with a bed. While hired hands need to be physically present to do any useful work, the pandemic and the response to it has highlighted the extent to which hired brains can operate in productive isolation. It has also highlighted what gets lost when the atomization of our culture - something that his been ongoing for decades by my estimation - is taken to an extreme.

I’m naturally attracted to the idea of community, and I am certain that a more robust farming economy could strengthen social ties. But I say ‘could’ rather than ‘would.’ I think of that small house on the other side of the street, with a single sink in the kitchen being the extent of the indoor plumbing, with nothing but plaster and a few inches of softwood board between its inhabitants and the winter cold, with its cramped bedrooms hardly larger than closets. It was still being used, outhouse and all, until sometime in the 1970s. This was the height of family dairy farming in central New York, a time when many could make a very comfortable middle-class living. Yet even then not everyone was afforded security, let alone comfort.

An economy that necessitates working together can certainly promote a mutual interdependence that runs richer and deeper than the friendships of convenience that are more commonplace nowadays. But there’s a fine line between interdependence and a more pernicious and straightforward dependency.  Some of the mega dairies around here still use a form of on farm housing - there is often a cluster of trailers across from the main farm, in which the laborers reside. These are poor, often migrant workers, and there is no pretense that they are anything other than hired hands. I find it just as troubling that some farms committed to what I view as a healthier approach to agriculture use and sometimes exploit interns as a free labor source.

The question this all raises is one that is particularly easy to see in the case of agriculture, but that extends to the economy and society more broadly. Is there a way to promote rich, deep, interdependent communities, in which there are bonds of mutual support as well as those of affinity, without running into exploitation and exclusion? I do not have any idea, but I sure hope so.

That house is gone now, save for the foundation. The frame was rotten beyond repair. But the small square of mortared stone is more of a reminder of the past than anything left by the social structures that once spread across this land. The tragedy of human connection is its frailty; whether it's an arrangement of swapped farm machinery, a community picnic, a church group, or any other formal or informal gathering, it is only made a going concern through continuous renewal. Break the chain a couple times and it will wither, shrinking first into memory and then into nothing.