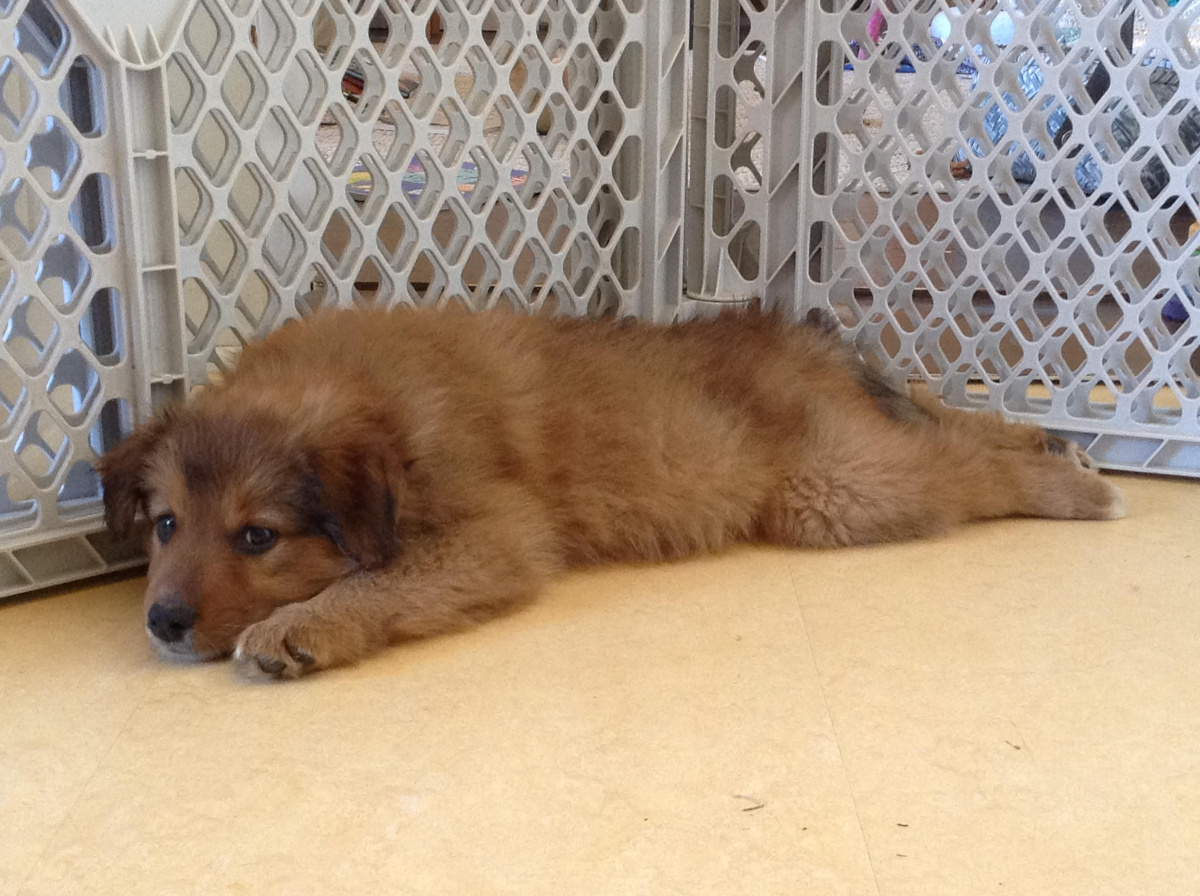 Hair of the Dog

Oban has always had too much hair. As a puppy he looked like he’d borrowed the coat of an older, larger dog, and as he grew it grew with him. For the first few months it went every which way, as if he’d stuck his tongue in an electrical socket, but one he’d matured it draped down like a long, regal robe. It wasn’t practical, but it gave him a definite aura of authority.

From the first it grew thickest and longest around his neck, and when he would sit on the small hill in front of the house, surveying the farm, he resembled a noble lion gazing out across his stretch of savanna. Sure, his unconstrained enthusiasm – circling, wagging, sitting then standing then sitting then standing then sitting in search of affection whenever a visitor arrived – completely undermined the impression of calm authority he conveyed when at repose, but everyone agreed he was an exceptionally beautiful dog.

Lately things have gone a bit off the rails. His coat has always changed with the seasons, growing thicker in the fall and then thinning out over the course of the spring. Perhaps on average it was getting a bit longer each year. But over the last eight months he has transformed into a muppet. He still has something distinctly leonine about him, since his mane is more prominent than ever, but as you can see, he no longer looks like a king of beasts.

Maybe this is just an awkward transition, maybe he’ll just shed out the most excessive parts and regain his usual good looks as summer sets in. But it’s also on my mind that he’s now eight years old, which means he’s definitely no longer a puppy. Even if he’s aging gracefully for the most part, still friendly and enthusiastic with visitors, if not quite so manic as he once was, he’s comfortably middle aged at this point. I suppose a bit of crazy hair is to be expected.