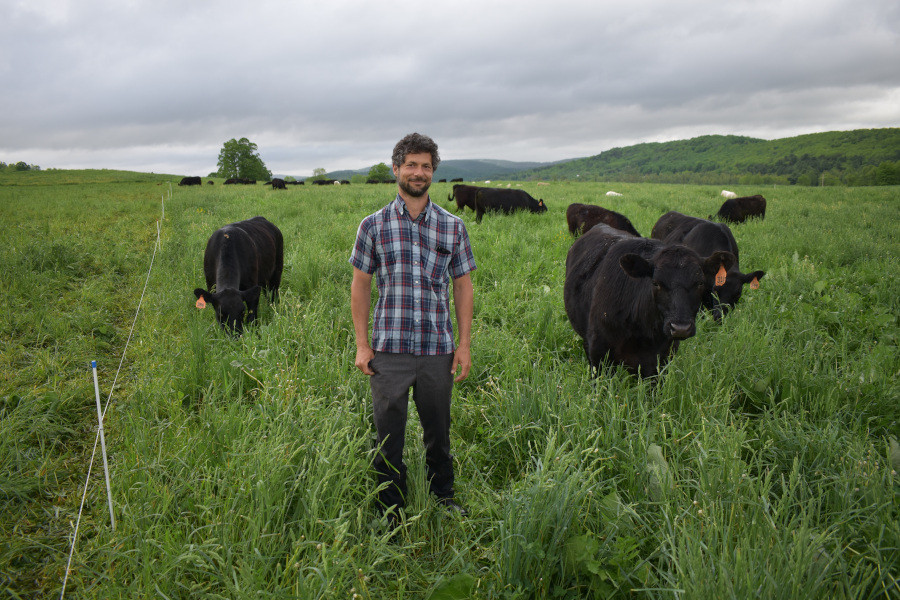 In the public imagination (at least, in my imagined version of the public imagination) farming remains a bucolic activity, consisting of crickets chirping over a field of corn softly lit by the setting sun, while a few cows meander towards the barn for the evening milking. This bears little resemblance to reality, since agriculture has changed with incredible rapidity over the past century. Most obviously, there are fewer farmers with more land and bigger, more sophisticated machines. The concentration of ownership and technology has seen more and more food production has come under corporate control.

This moment, when the food system is so unsettled - by the effects of the pandemic, by ongoing issues like the drama surrounding the use of Dicamba - highlights a predicament caused by these changes. It’s tempting to say that modern agriculture is fundamentally unsustainable, meaning it will implode under its own weight sooner or later. But I simply don’t believe this to be true. I see no compelling evidence that industrial farming will not be able to hum along in something like its current form for decades to come, particularly if a few practices like cover cropping and complex crop rotations become the norm.

If I’m correct, and nothing is going force a change, it presents a challenge to those of us interested in improving farming. There’s a very human tendency to frame every problem in a maximalist form, and this is exacerbated by a cutthroat attention economy; if famine is not around the corner, who can worry about food,especially when global warming and antibiotic resistant superbugs are coming for us? (Of course, these both interact with agriculture, but that’s a topic for another day.)

Arguing for change would also be easier if there was a clearcut system already working somewhere in the world that could be universalized. But even though they are the foundation of civilization, farms are each so different that it can be difficult to directly translate practices from one to another. Because they consists of an endlessly complex web of interactions between places, the environment, and the communities of humans and other animals that live on and around them, farms cannot be treated as identical. Indeed, many of the problems I’m interested in correcting arise as a result of overgeneralizing agriculture.

Neither does the past offer any easy answers. While traditional methods of farming had some clear benefits in their times, particularly the ways the best of them supported thriving human communities, they contended with all the problems that currently plague agriculture, from exploitation of resources and labor to opaque shifts in distant economic markets.

There are people who have a blithe certainty about the exact reforms that would lead to a farming utopia, with bountiful harvests distributed through local networks at reasonable prices and land managed in ways that miraculously reverse decades of environmental degradation. They are often the same folks who say the current system is on the verge of collapse. If anything, I trust them less than the apologists who willfully blind themselves to the problems of the status quo.

I don’t know what a real farming renaissance would look like. And this, I think, has to be the starting point for real change. The only thing harder than seeing I was wrong in the past, or even acknowledging that my opinion has changed and wondering why that might be, is acknowledging that what I think and feel passionately in this moment is also likely substantially incorrect or inadequate. Reshaping complex systems to support fuller forms of human flourishing is a worthy goal, but to actually achieve something good without also leading to unintended tragedy in this reshaping will require a great deal of humility.