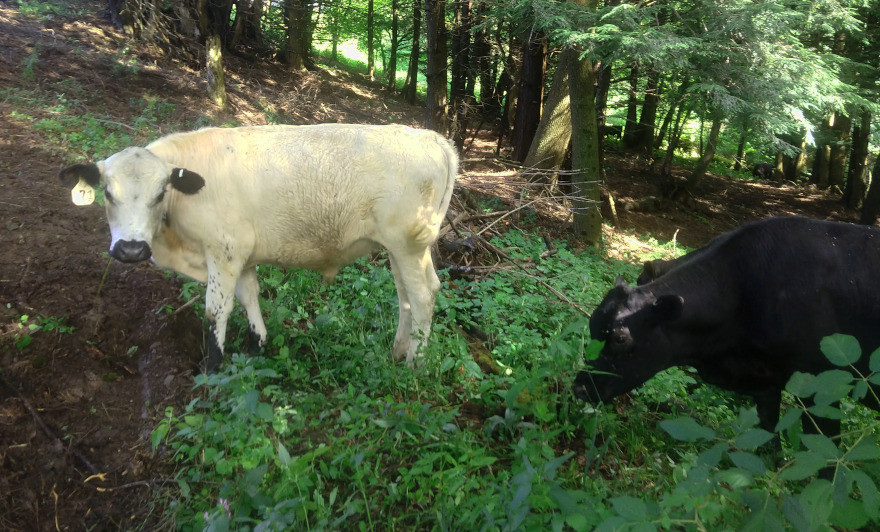 An excellent article in The Counter examines the conflict over whether grazing cattle could decrease fires on western rangelands. Proponents say cows could help by removing excess cheatgrass, which is a significant fuel for the fires. Opponents counter that this may be true in the short term, but that in the long run the impact of more animals on the land will actually encourage the spread of the invasive, only worsening the problem. Who is right?

I have no experience managing cows in this sort of environment, and I am not a biologist with an expertise in sagebrush steppe ecosystems, so my thoughts are only of the most general sort. But this is a good example of the difficulties of assessing the impact of livestock on the land.

The first problem is that the details of how cows are managed makes such a difference. New York, with its relatively high rainfall, is a comparatively resilient environment. There’s enough water and enough plant life on my farm that even completely bare soil will be covered by some sort of vegetation in short order. If the cows overgraze a pasture or trample the area around a water tank it bounces back, as long as I take the animals off of it and give it time to recover. If were to I leave cows in the same place for weeks or months, they woud keep it permanently overgrazed and trampled, causing erosion and making room for the spread of thistles and burdock.

The same dynamic is heightened in dry environments. When cows overgraze or trample a low rainfall area, it is much less capable of rebounding, so the damage of overgrazing can persist for years. In the article linked above, the biologists are concerned about this sort of impact - if the cows clear the cheatgrass but leave an ever larger area of bare soil in doing so, they will only be facilitating its spread.

The question, then, is whether it’s possible to manage cows with enough care that they might consume the potential wildfire fuel without causing lasting damage. Indeed, the hope would be that they could actually improve the diversity of the environment and increase the quality of the soil. Given the historic range of buffalo, there is good reason to think this is the case, assuming - and this is a big assumption - that cows could be managed closely enough that their impact would be similar to that of a truly wild herd. That would mean keeping them tightly bunched and constantly moving, so that no area of ground was covered by the herd more than once.

There is another point which the article raises but does not directly address: how should we think about species like cheatgrass? There is no way to entirely remove so vigorous a plant from an environment, but it is clearly causing problems. This is where I think there is a strong incentive to rigorously study the possibility of controlling it with grazing. There is no way to combat it by direct human intervention, but if cows and sheep could be used to limit it while encouraging other species it would be a tremendous boon, since it could theoretically be used to improve huge areas of land.

It is too simplistic to say “cows are good” or “cows are bad” as a blanket statement. The positivity or negativity of their impact depends entirely on the intersection of how they are managed with the particular conditions of the land. The number of variables, from temperature and rainfall to herd size and density to plant species composition, makes this extremely difficult to study well. But if the goal is to actually improve environments, rather than attempting to slow their decline, it is worth doing our best to figure out.