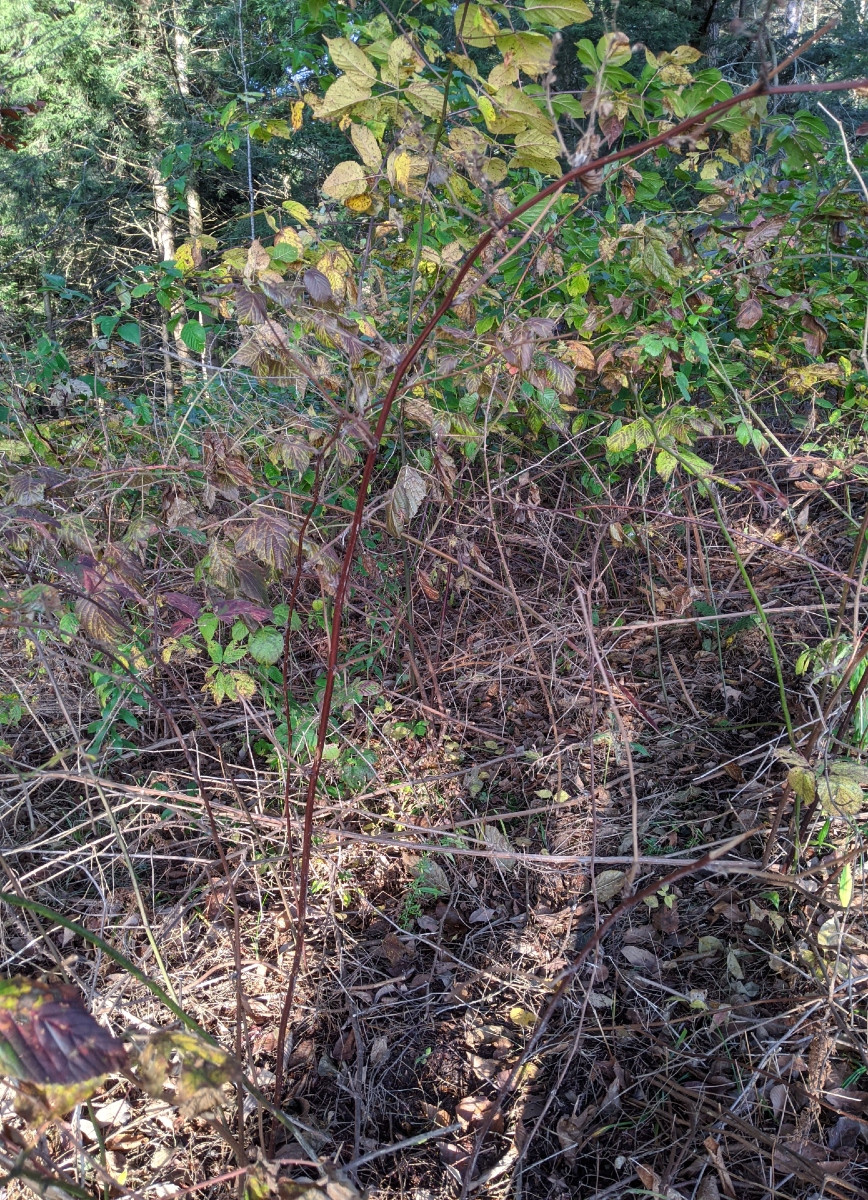 Last week in the newsletter Garth used a photo I took of our pigs in the woods. The lead photo in all its anodyne glory shows a bramble patch, and then the pig pic shows the same brambles but zoomed back about 20 feet. This fall I’ve run the pigs along the edge of a small chunk of forest where the blackberries are robust enough to warrant the term “thicket”, and too thorny for a human to walk through.

Blackberry plants colonize woods in central New York when trees come down (from logging or storms). In this case I cut some hemlocks for construction projects a few years ago and the thorns came on strong. Grazing animal impact can be used to shift the succession progression away from blackberries and toward pasture plants, but at the time I didn’t have a good perimeter fence built and didn’t want to risk running cattle and sheep through without a robust property line fence between us and the neighbor. There wasn't really a viable mechanical control option in this case either because of rock piles, down tree branches and other mower-destroying debris. Once blackberries are well established it can take years for them to diminish - typically through shading as the tree canopy closes back over. Given their druthers the cattle will browse a little at the edge of a cane thicket, but they won’t jump to trample it unless incentivized with hay during the non-growing season.

Luckily we have a third type of livestock that are even better at reducing blackberry prevalence than trampling cattle - pigs, or in this case “brush hogs”. Pigs run their bulk close to the ground and have no problem forcing their way through thorny canes without tearing themselves to pieces. Their faces are pointed and their eyes set such that they don’t get injured by the spines designed to deter traffic. Fortuitously they also really seem to like the taste of blackberry roots. Given several days they’ll rip up the canes and spin them into the dirt. I’ve put them into the thicket specifically to cause disturbance to the soil which will allow me to toss grass and clover seeds where the blackberries were. When coupled with the manure the hogs inevitably leave in their wake, the ground covered this year will grow good grass next year. Any canes that do sprout will not have the protective cover of the prior years spines, and thus sheep will be able to get in there and nibble away the tender new growth.

My longterm goal for this area is to create a “silvopasture” or “temperate savanna” if you will. That goal though deserves a series of blogposts all its own.