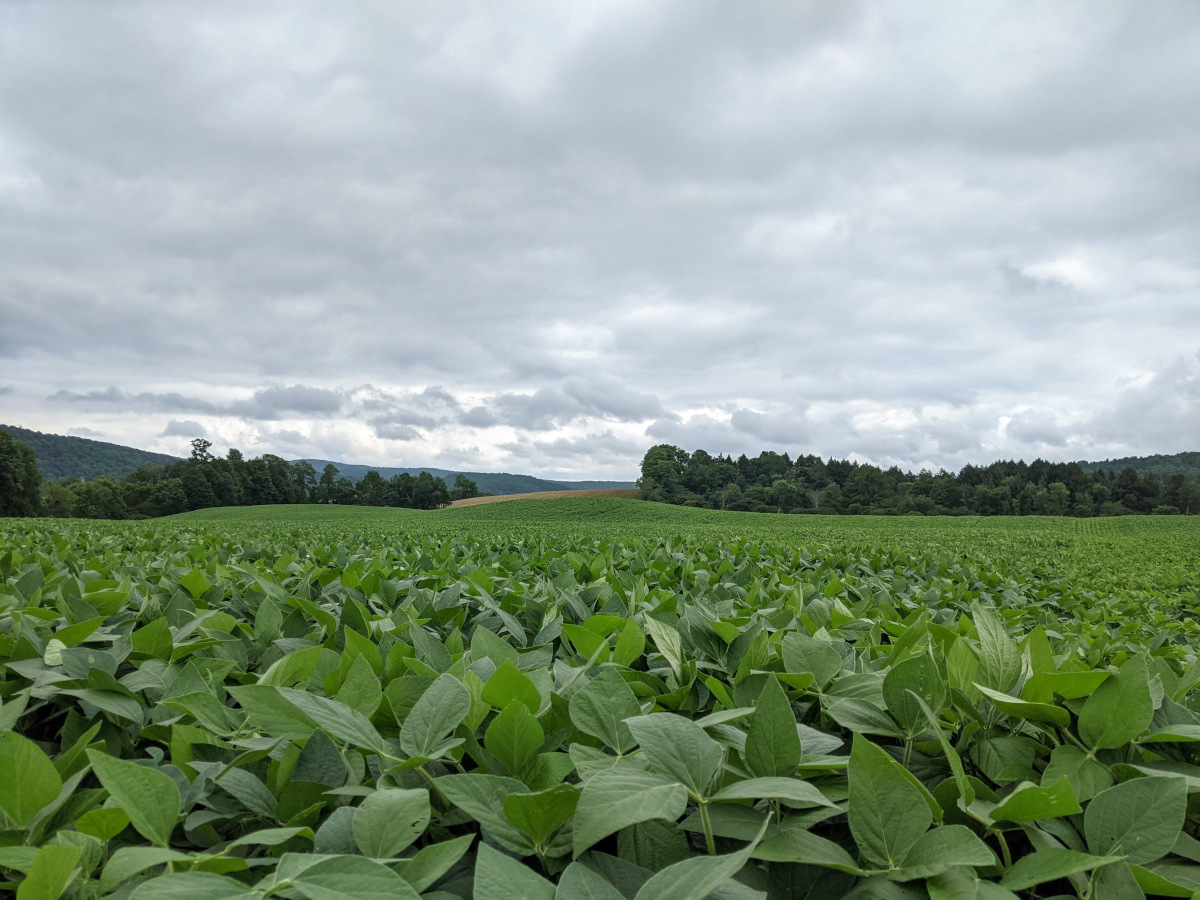 There’s a steady drumbeat of bad news associated with farming. Agriculture plays a role in topics like climate change, topsoil loss, fertilizer pollution, and water depletion. Even as consumers and governments seek to remediate these, global population growth and increasing affluence pressure the existing food system to increase production. The tension between efficiently producing calories and caring for the planet can no longer be neglected.

Innovation in agriculture over the last seventy years has focused primarily on efficiency, and it’s been staggeringly effective. Good data on per acre corn yield was first collected in 1866, and for the next seventy years it hardy budged from right around 25 bushels per acre. (A bushel of corn is 56 pounds, so an acre would typically grow about 1400 pounds of grain annually.) Then, starting in the late 1930s, yields took off. They have been linearly increasing ever since, so that by 2019 the average had reached 175 bushels, or just shy of 10,000 pounds per acre, a more than sevenfold improvement. This staggering increase was achieved primarily by improvements in plant breeding and by the ready availability of cheap fertilizer.

But the same period has seen incredible soil degradation. Here’s a data point to demonstrate what I mean: since 1850 Iowa farm land, some of the best in the world, has lost an average of almost seven inches of topsoil. Top soil is vanishing ten times faster than it’s being replenished. At some point these two trends will clash, as the demand for ever increasing production hits the brick wall of declining soil quality.

Bio Pivot and the first solution

This morning I read a press release from a company called Pivot Bio. Since I’m a grass-based livestock farmer and it makes a fertilizer alternative aimed at growers of corn and other grains, it’s not surprising I wasn’t familiar with this company. But it has a very elegant approach to solving one of the most vexing problems in agriculture.

Nitrogen is the dominant gas in earth’s atmosphere. It is literally most of the air we breath. It is also a critical building block of all plant and animal life, especially protein. But despite its ubiquity, nitrogen is devilishly tricky for plants to access. Unlike the molecular bonds of CO2, which plants readily sever in the process of photosynthesis, the bonds of nitrogen gas molecules are so stable that plants need assistance to reconfigure them into a usable form.

For most commercial farming this takes the form of synthetic nitrogen, created via the Haber process, which fixes nitrogen into a usable form, usually a sort of granular crystal that can be broadcast over a field. But the Haber process requires a significant amount of energy. Between 1-2% of the world’s energy supply is consumed by fertilizer plants, and the application of synthetic nitrogen onto farmland often leads to water contamination and evaporative loss, since it is so volatile.

Of course, plants have been growing since long before the advent of synthetic nitrogen. While forces like lightening fix some small amount of nitrogen in the soil, most natural nitrogen comes from bacteria. And this is where Bio Pivot comes in. Bio Pivot has selected the strains of soil bacteria most efficient at capturing atmospheric nitrogen and converting it into a form useable by a high demand crop like corn. Rather than synthesize nitrogen in an energy-intensive factory, the idea is to harness the natural ability of beneficial bacteria to capture it right where it’s needed, in the root zone of growing plants.

I am heartened by this sort of advance, which seeks to solve a huge problem by working within the existing agricultural system. If it proves reliable, economically feasible, and scalable, approaches like this could rapidly reduce the energy use and nitrogen runoff caused by growing commodity crops like corn and wheat. I put things like the spread of large-scale no-till farming, the increasing interest in crop rotation, and the possibility of reducing the methane emissions of cows via feeding a small amount of seaweed or other natural additive in this category. All are amenable to agriculture as it is, and all, I believe, would be real improvements over the status quo.

This morning I also read an article in The Guardian profiling three farmers charting a radically alternative course to agriculture as we currently understand it. They too are focused on soil health and using natural processes as an alternative to chemical inputs, but they take the conceit much farther.

The three farms profiled are decidedly not industrial in scale. Callixta Killendar raises sheep and vegetables on 50 acres, Dan Cox does the same on 80 acres, and the most famous, author James Rebanks, raises sheep on his 150 acre family farm. The through line that connects them is a belief that improving soil and every other possible aspect of a farm is a holistic good, one that will not only improve the environment, but will also lead to improved animal and human health.

Engaging in farming in the way advocated by Killendar, Cox, and Rebanks is specific to the particulars of their land, and while all three insist it can and indeed must be economically viable, they also maintain that less obviously commercial decisions like planting trees, which may never show up directly on the end of year balance sheet, are nevertheless clear goods that responsible farmers should prioritize. One particularly striking example from the piece is Rebanks’ decision to redirect a small stream to its natural channel, making one of his fields less convenient to use but also restoring a series of wetlands and ponds.

There are no companies like Bio Pivot operating in regenerative, alternative, holistic, or whatever we want to call this type of agriculture. (For my part, I prefer the term good farming.) Because it seeks to work within quite modest limits of scale and place, its innovation come in the form of diversification and synergy. To take the example at hand, the presence of enough naturally nitrogen-fixing plants like clover, coupled with management techniques that encourage naturally occurring nitrogen-fixing soil bacteria, can eliminate the need for external nitrogen input in a diversified production system.

Is there a compromise?

It will comes as no surprise to readers of this blog that my heart is fully in the second of these camps. It is the ethic I attempt to bring to the management of my farm, and I believe it should be the aim of conscientious farmers and eaters to see as much land as possible managed with this approach. But this fringe status, insistently not scalable, insistently complex, makes me fear that its rapid adoption is not realistic, at least not in comparison to the products of Bio Pivot or big no-till, which could be widely used in existing systems with a minimum of disruption.

I admit to being somewhat worried that we will collectively accept the good enough and stop working for the sort of beautiful, human, ecologically integrated communities that farming is uniquely suited to building. In other words, if enough palliative measures are developed to limit or eliminate the most pressing harms of industrial agriculture, there will be less interest in building a more resilient alternative.

But farmers in particular should be skeptical of the idea that something must stay maximally bad so that it will magically whiplash into something maximally good. Things can certainly go bad quickly, but lasting improvements are almost always the product of diligence and careful, incremental change.

So I welcome an advance like the nitrogen fixing bacterial inoculants of Bio Pivot, which looks to me like a huge improvement over synthetic sources of nitrogen that currently dominate the market. An endless litany of depressing truths about farming remain - its uncertainty, its economics, its unintended consequences, and so on - but it’s also possible to find reasons for optimism, both in the development of improvements to the current system and in the building of a system, or huge variety of systems, that are a radical improvement on it.