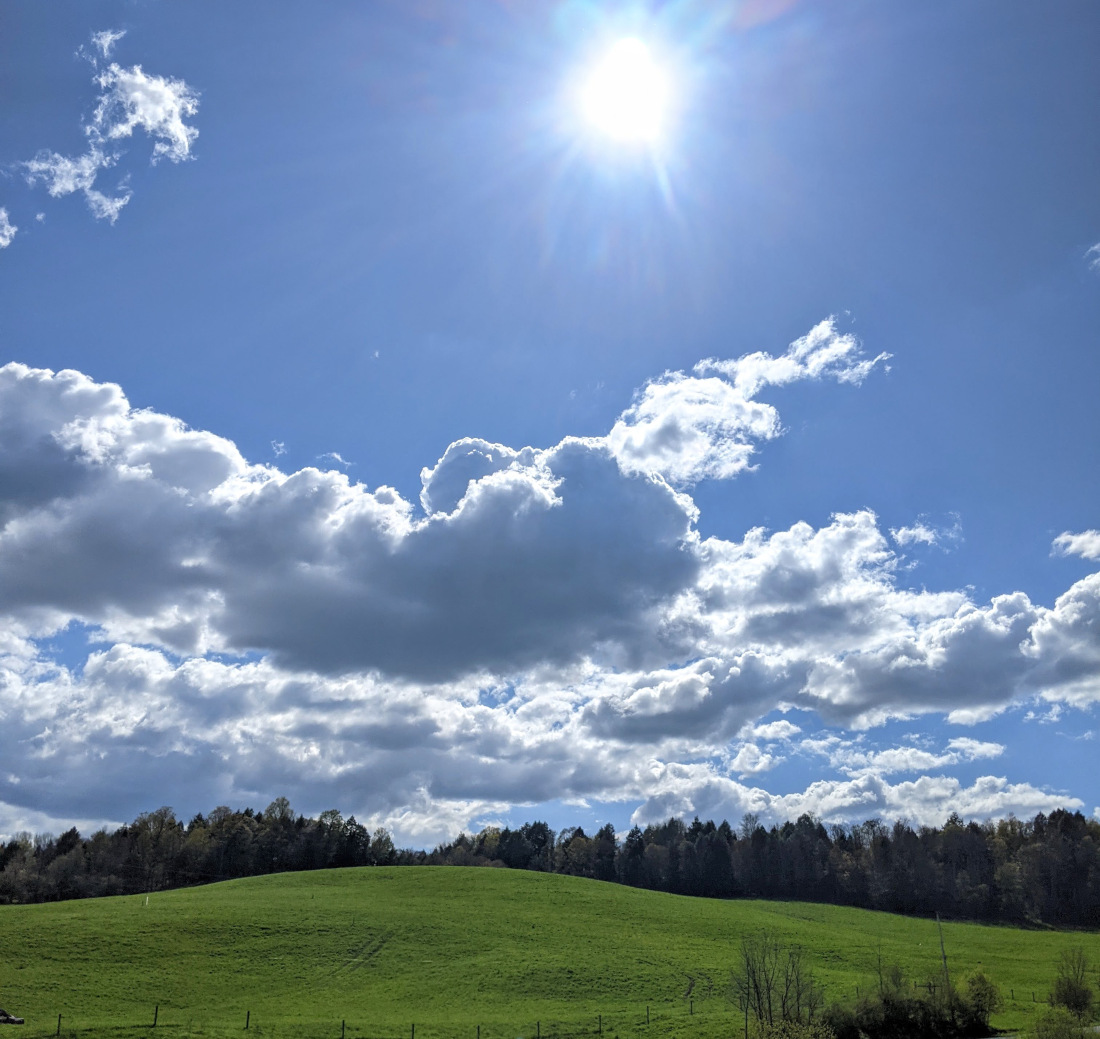 An argument for enlightened ignorance

There is a particular sort of smug disdain which I reflexively feel when I think about certain aspects of the past. Just this morning I was listening to a discussion about the historic movement of infectious diseases, and the guest mentioned the historic belief that miasmas caused illness. What was interesting about it, he said, was that the theory – that bad smells from things like rotting vegetation lay at the root of diseases – was wrong, but that seeking to address it by doing things like draining swamps and improving ventilation could actually be effective in reducing disease, by limiting mosquito populations and clearing other reservoirs of infection.

But I remained hung up on my inability to conceive of believing, really and truly, that bad smells could cause malaria. I don’t think I’m alone in this. The scientific revolution has so completely answered what used to be impossible questions that it’s very difficult to imagine anyone not knowing them without being incredibly dumb. How could pathogens not be at the root of infectious diseases? How could the earth not be a minuscule speck floating in a universe so vast it is quite literally incomprehensible?

I can rationally assent to the fact that I would likely agree with the prevailing views of whatever time I lived in had I been born a few centuries earlier, but my point is that I don’t actually quite believe it, even as I acknowledge it’s true. Because I do know certain things that our ancestors did not, I can’t really conceive of not knowing them. This is all fine, so far as it goes. I am glad that I’ve inherited the knowledge that scientific inquiry by minds far greater than my own has established.

But a great danger lurks within it. The fact that the scientific method has so effectively established a thorough understanding of certain aspects of physical reality , and that it has furnished us with these truths, can elide careful thought, leading us (or at least leading me) to assume that, because I understand bacteria better than people like David Hume and Thomas Aquinas and Plato ever did, I probably also have a better understanding of lots of other stuff, like politics and human nature.

Again, I wouldn’t say this if you put it to me directly. If you said, “Garth, do you think you have deeper insights into the nature of humans and human society than Plato, author of The Republic, perhaps the single most important work of philosophy ever written?” I would concede that I probably don’t.

But it’s pretty hard to live by that truth. So powerful is science in certain narrow capacities (and so irrefutable the soundness of its advances) that we are pushed towards dubious attempts at extending it far beyond its purview. We are frustrated with political and economic systems that clearly are not advancing in the linear, incremental manner that brought us desktops, then laptops, then flip phones, then smart phones.

As long as I’m putting words in your mouth, how about this: you might say, “I notice you started out using the first person singular, but you’ve slipped into the first person plural right there. Talk about yourself as an individual, not all of us as a collective.” To which I reply, “I won’t.”

I’ll concede that the first part of this was perhaps more specific to some fundamental lack of imagination particular to me. Maybe most people can easily and wholly place themselves in a different context with a thoroughgoing fidelity to what that experience would be. But that most of us have an unhealthy fixation on appealing to science, first to prove the truthfulness of a proposition and second to prove moral validity, should be completely obvious to anyone who’s paying attention.

One particularly clear example of this is in our discussion of trauma, in which books like “The Body Keeps the Score” argue that trauma has both lasting effects on the body and the brain. Of course it does! What would be shocking is if a subjective mental state did not have some physical corollary. Finding some measurable marker that purports to confirm that people who tell us they’re suffering really are suffering says next to nothing useful about the individual’s experience.

Closer to home, arguments about agriculture and the environment fall out along depressingly predictable lines. Farmers like me tend to argue that grazing and better land management can stop or even repair much of the environmental damage caused by agriculture. Industrial farmers argue that their efficiencies are economic and practical necessities, and that, as large actors, they can correct management problems more quickly than a piecemeal landscape of smaller farms ever could. Animal right advocates argue that the only responsible path forward is to do away with animal agriculture entirely.

But all the parties in this have other motives in this debate. Most small farmers think a more disbursed agriculture would be better socially, economically, and perhaps spiritually, and that the current farm bill unfairly advantages the big guys. The big guys are currently winning, so they have a vested interest in maintaining the status quo, but they can also rightly point to the miraculous abundance industrial agriculture has created in the past hundred years. Animal rights advocates want to eliminate the suffering of animals.

Yet these important discussions are largely sublimated into the larger conversation about the environment, and climate change in particular, because it is so pressing – potentially existential, even – and because it is so amenable to arguments dressed up in the language of science. It’s much harder to argue about the value of a beautiful landscape or exactly what moral consideration we owe a cow or what we want our rural communities to be than it is to debate the theoretical emissions of one agricultural system compared to another, and to crown whoever comes up with the lowest number the champion. Of course, the relationship between agriculture and the environment is so varied and complicated that advocates for each position can argue they’re right in good faith, with plenty of studies to bolster their position.

The argument I’m making, as I read back over this, is that something about scientific certainty has spilled over into realms in which it doesn’t rightly belong. But maybe that’s exactly backwards. Maybe the sense of certainty is utterly, universally human, and it has just adopted the language of science to justify it because science has a particular currency at the moment.

Either way, it is a missed opportunity. A truly scientific view, while it would celebrate the little we know with a great deal of confidence, would be much more about relentlessly cultivating humility and an acute awareness of the limits of our knowledge, a thoroughgoing sense that even cherished beliefs about the way the world works must be contingent, that some new information or development could shift them. It would also encourage a clearer understanding of areas in which data generated by the scientific method can usefully be brought to bear and those in which argument would be better conducted on other terms, be they logical, moral, or aesthetic.

My proposal for living this out is simple. Think of a position you’re pretty sure you’re correct about. Think about why you believe what you do. Then go out and find someone arguing the opposite side. And don’t look for the stupidest, most sophomoric straw man of the opposition, try to find its Plato, someone who is smarter than you but who nevertheless disagrees completely with your view. How does reading or listening to them feel? Does it change your thinking even the slightest bit? If not, is there anything that would?